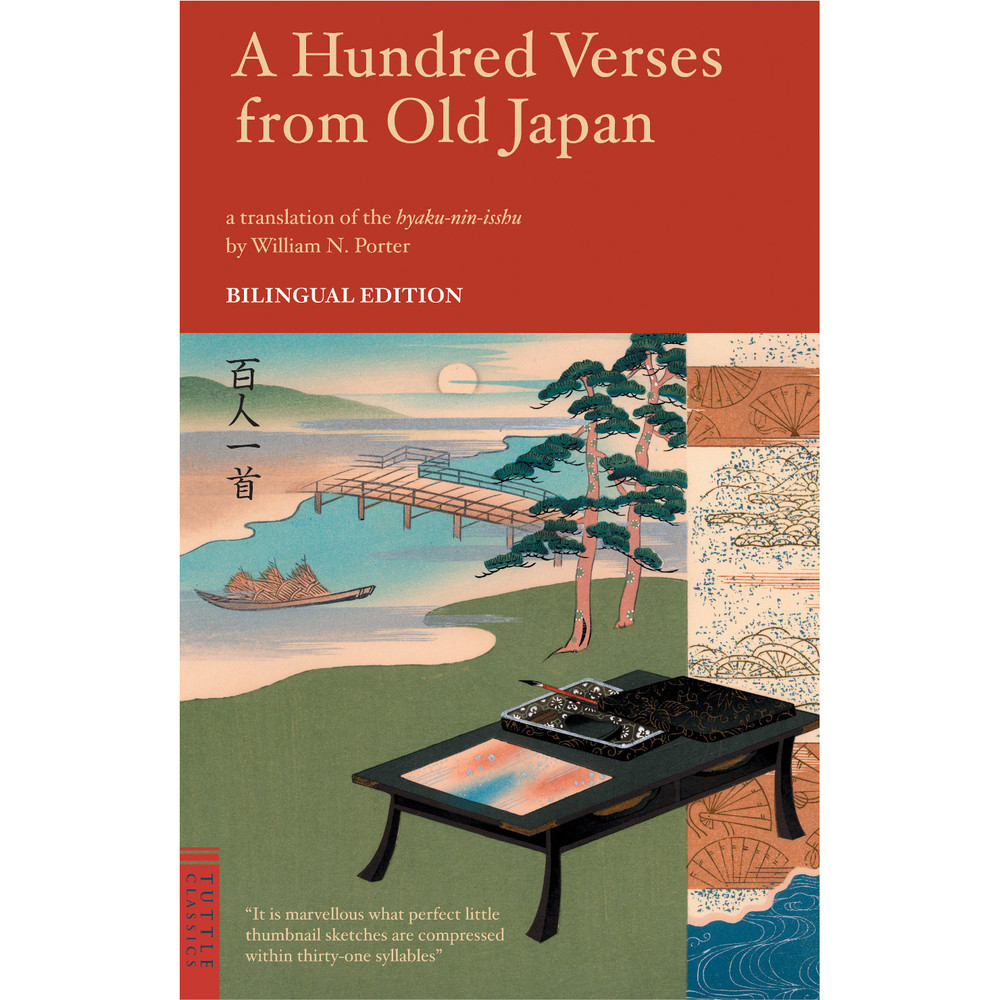 A Hundred Verses from Old Japan

A Hundred Verses from Old Japan is an early translation of one of Japan's most famous anthologies of poetry.

This gem of Japanese poetry has preserved its charm for almost a century while remaining the most popular of classical poetry anthologies among the Japanese. The Hyaku-nin-isshiu (literally "one hundred poems by one hundred poets") is a collection of a hundred evocative and intensely human specimens of Japanese tanka (poetry written in a five-line thirty-one syllable format in a 5-7-5-7-7 pattern) composed between the seventh and thirteenth centuries and compiled by Sadaiye Fujiwara in 1235. These little poems consist almost entirely of love poems and picture poems intended to bring some well-known scene to mind: nature, the round of the seasons, the impermanence of life, and the vicissitudes of love. There are obvious Buddhist and Shinto influences throughout.

To make the sounds more familiar to English readers, the translator has adopted a five-line verse of 8-6-8-6-6 meter, with the second, fourth, and fifth lines rhyming. His accompanying notes put the poems into a cultural and historical context. Each poem is illustrated with an eighteenth-century Japanese woodcut by an anonymous illustrator.


About the Author:
William N. Porter's translation of A Hundred Verses from Old Japan has retained its charm for over eighty years.