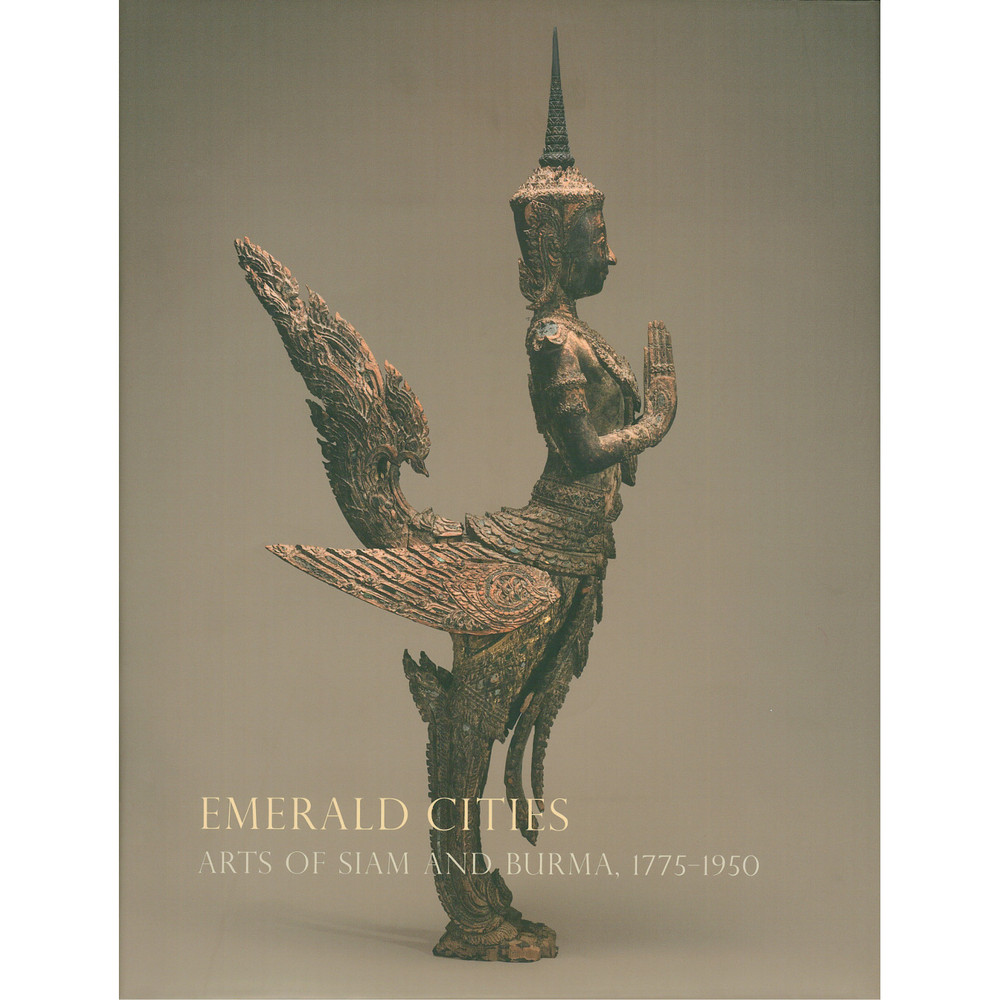 This lavishly illustrated catalogue of artworks from Thailand and Burma provides an introduction to one of Asia's richest and least known artistic traditions.

Focusing primarily on decorative and religious objects from the nineteenth century (along with some earlier and later works), the art book brings to light the lively, yet often strained, interchange between the regions of central and northern Thailand (Siam) and Burma.

Thailand and Burma are neighboring countries that are approximately the same size in area and population and have many cultural features in common. Yet they have traditionally been adversaries. This book explores some of the elements that have both drawn the countries together and driven them apart. It contains incisive essays by leading scholars as well as detailed entries relating to nearly 150 spectacular works of art—on view at the Asian Art Museum in San Francisco from October 23, 2009, through January 10, 2010—many of which have never before been on public display in the West.

While representing the latest art historical scholarship, the book is intended for the general public. It will be of interest to anyone intrigued by such luxuriant and spectacular artworks as gilded and mirrored ritual vessels, black lacquer and mother-of-pearl inlaid furniture, and vibrant, colorful paintings. To many, these objects will convey something of the exotic and exuberant ambiance captured in romantic travel books and films such as The King and I. To browse these pages is to be transported, by artworks that are by turns opulent, reverent, and whimsical, to a lost time and place, one unlike any other.


About the Author:
Forrest McGill is Chief Curator and Wattis Curator of South and Southeast Asian Art at the Asian Art Museum in San Francisco, where he has organized many exhibitions. Among his recent publications are The Kingdom of Siam: The Art of Central Thailand, 1350-1800 and A Curious Affair: The Fascination Between East and West.

M. L. Pattaratorn Chirapravati is associate professor of art history at California State University, Sacramento. She holds a PhD from Cornell University, and is the author of many scholarly articles on the arts of Thailand. She was co-curator of the Asian Art Museum's 2005 exhibition The Kingdom of Siam: The Art of Central Thailand 1350-1800.

Peter Skilling is a specialist in the archaeology, history, and literature of Buddhism in South and Southeast Asia who has lived in Thailand for thirty years. The author of many publication, he has been a visiting professor at institutions such as Harvard University, Oxford University, and the University of California at Berkeley.

The Indian Spa (Hardcover with Jacket)