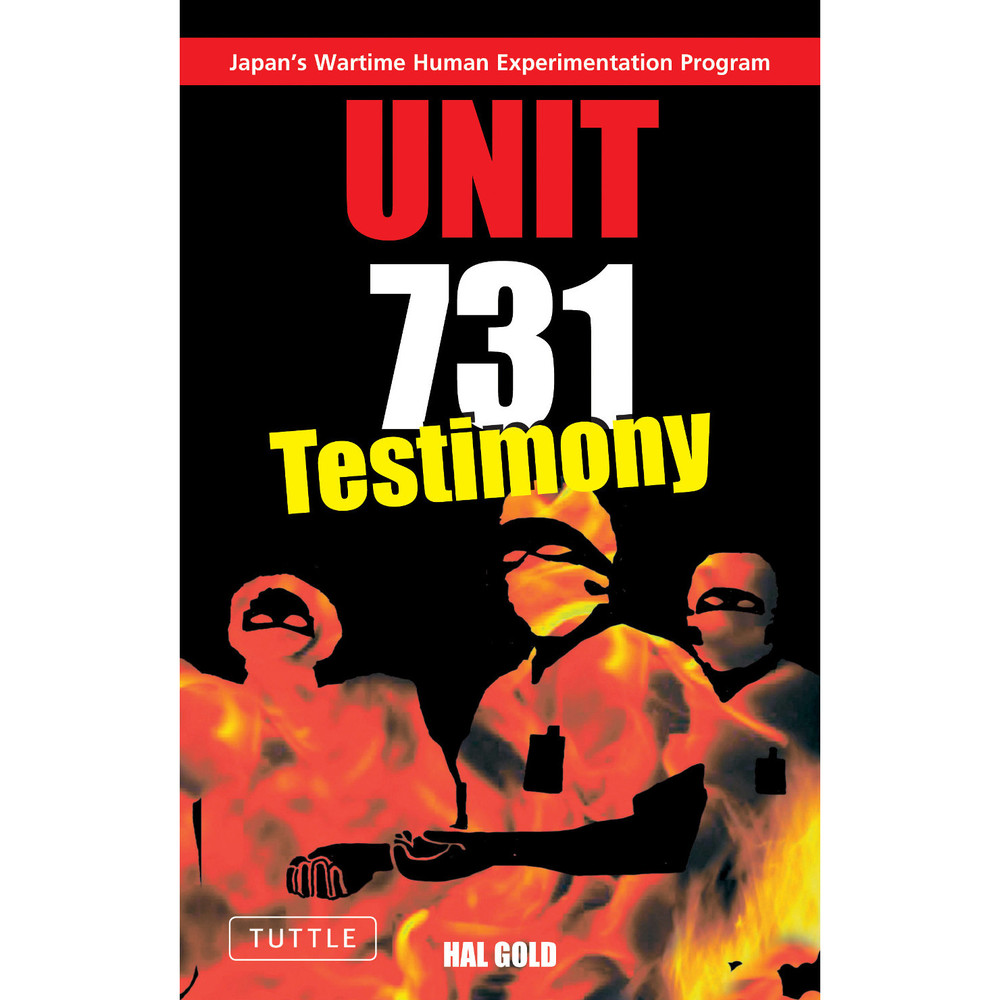 Unit 731 is a riveting and disturbing account of the medical atrocities performed in and around Japan during WWII.

Some of the cruelest deeds of Japan's war in Asia did not occur on the battlefield, but in quiet, antiseptic medical wards in obscure parts of the continent. Far from front lines and prying eyes, Japanese doctors and their assistants subjected human guinea pigs to gruesome medical experiments.

In the first part of Unit 731: Testimony author Hal Gold draws upon a painstakingly accumulated reservoir of sources to construct a portrait of the Imperial Japanese Army's most notorious medical unit, giving an overview of its history and detailing its most shocking activities. The second half of the book consists almost entirely of the words of former unit members themselves, taken from remarks they made at a traveling Unit 731 exhibition held around Japan in 1994–95. These people recount their vivid firsthand memories of what it was like to cut open pregnant women as they lay awake on the vivisection table, inject plague germs into healthy farmers, and carry buckets of fresh blood and organs through corridors to their appropriate destinations.

Unit 731: Testimony represents an essential addition to the growing body of literature on the still-unfolding story of one of the most infamous "military" outfits in modern history. By showing how the ethics of ordinary men and women, and even an entire profession, can be warped by the fire of war, this remarkable book offers a window on a time of human madness, in the hope that such days will never come again.


About the Author:
Hal Gold compiled the information in Unit 731 from information provided by the Central Organizing Committee for the Unit 731 Exhibitions in Tokyo, 1994—1995