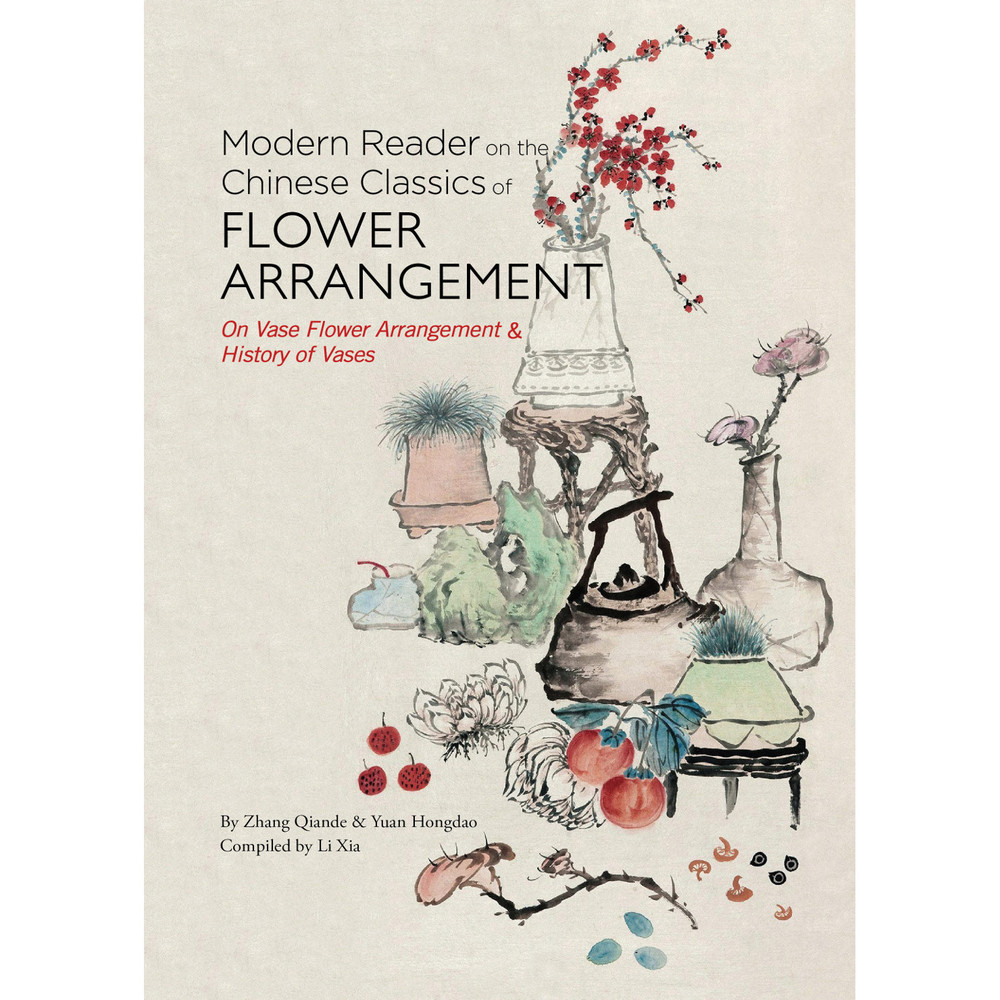 Modern Reader on the Chinese Classics of Flower Arrangement

In China, flower arrangement is a venerable art with records dating back to the early Zhou Dynasty, the Spring and Autumn Period, and the Warring States Period—roughly between 11th century BC and 3rd century BC.

This volume brings together two celebrated Ming Dynasty texts, On Vase Flower Arrangement by Zhang Qiande (1577-1643) and History of Vases by Yuan Hongdao (1568-1610). The latter of which was translated into Japanese and deeply impacted that country's tradition of flower arrangement. Uniting the two famous books, horticulture scholar Li Xia provides contemporary readers with a theoretical framework for evaluating flowers, selecting vases, and appreciating the time-honed techniques of Chinese flower arranging.

Modern Reader on the Chinese Classics of Flower Arrangement features images of Chinese art, including several hundred paintings, documenting the rise of flower arrangement in China. By the Song Dynasty, flower arrangement was widely regarded as one of the four arts of literati leisure—along with tea brewing, incense burning, and scroll-painting.

Li Xia also highlights the aspects of Chinese culture hidden behind flower arrangement, offering insights into its historic, aesthetic, and philosophical underpinnings. Flower arrangers at all stages of practice will gain a deeper understanding of this ancient art form.


About the Author:
Zhang Qiande (1577-1643) was a painting and calligraphy collector and writer during the Ming Dynasty.

Li Xia has a Ph.D. in landscape gardening from Nanjing Forestry University.

The Dream of the Red Chamber

The Art of Chinese Flower Arrangement