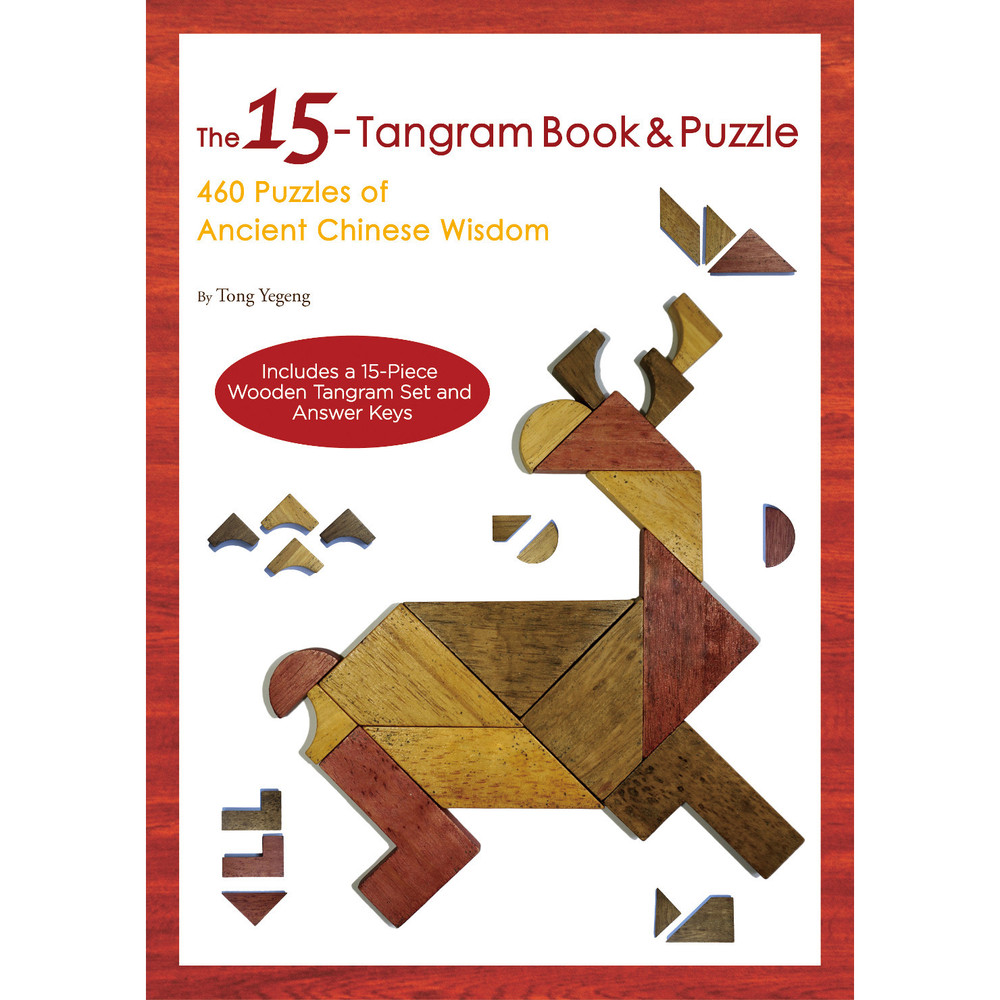 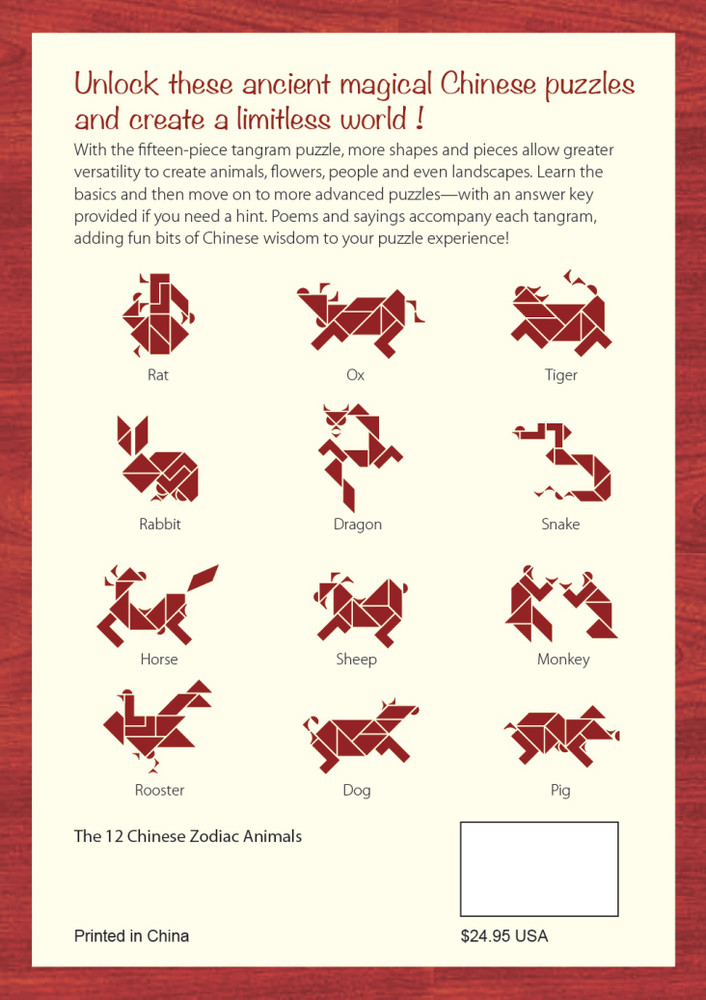 This beautiful tangram kit includes the original fifteen-piece set along with a beautifully illustrated instruction guide.

The tangram has a very long history. In the Qing Dynasty, there was a puzzle game whose idea derived from the Banquet Table Diagrams (Yanji Tu) of the Song Dynasty and Butterfly Table Diagrams (Dieji Tu) of the Ming Dynasty, capturing the wisdom of the ancients. From literati to businessmen, even the royal family, they all fell in love with this brain game, also known as the "Fifteen-Piece Tangram Puzzle."

As the name suggests, the fifteen-piece tangram puzzle consists of fifteen pieces. They are different from the regular seven-piece tangram puzzle concerning shapes and number of pieces. The regular seven-piece tangram puzzle is made up of five triangles, one square, and one parallelogram. The fifteen-piece tangram puzzle is also dissected from a square but composed of more shapes: four triangles, two trapezoids, one parallelogram, two L-shapes, two semi-circles, and four arch-shapes. A more extensive range of shapes and pieces allows more flexibility and creates more vivid configurations such as animals, birds, flowers, fruits, figures, objects, or even landscapes. Every single puzzle in this tangram book is full of imagination, supplemented with poems and phrases, which can both be a feast to the eye and delightful experience for your mind.

Did you have a difficult time to start in the beginning? Don't worry! The first chapter in this book illustrates various geometries that can be formed by the fifteen pieces. After learning the basics, you can then go into the advanced chapters to get the key to all the puzzles.


About the Author:
Tong Yegeng (1828–1899), who also went by his sobriquet of "Recluse in a Minor Mountain," was a 19th century Chinese scholar-official. Later on in his life, he immersed himself in the study of Chinese calligraphy, painting and seal carving, living as a hermit after being framed and stripped of his official title. Inspired by the seven-piece tangram puzzle, he invented a new dissection of the square into fifteen pieces. He named this new puzzle "Intelligence-Enhancing Diagrams" after initially sharing the puzzle with his friends. In 1878, Tong Yegeng published two collections of his fifteen-piece tangram puzzle constructions, respectively entitled Enhancing Intelligence Diagrams and Additional Enhancing Intelligence Diagrams. These were followed by the publication of a volume on Enhancing Intelligence Banquet Table Diagrams, i.e. The Fifteen-Tangram Book in 1890. He then began to work on a project of using the fifteen pieces to form hundreds of Chinese characters, which led to the publication of Enhancing Intelligence Diagrams of One Thousand Characters.

A Touch of Asia Coloring Book