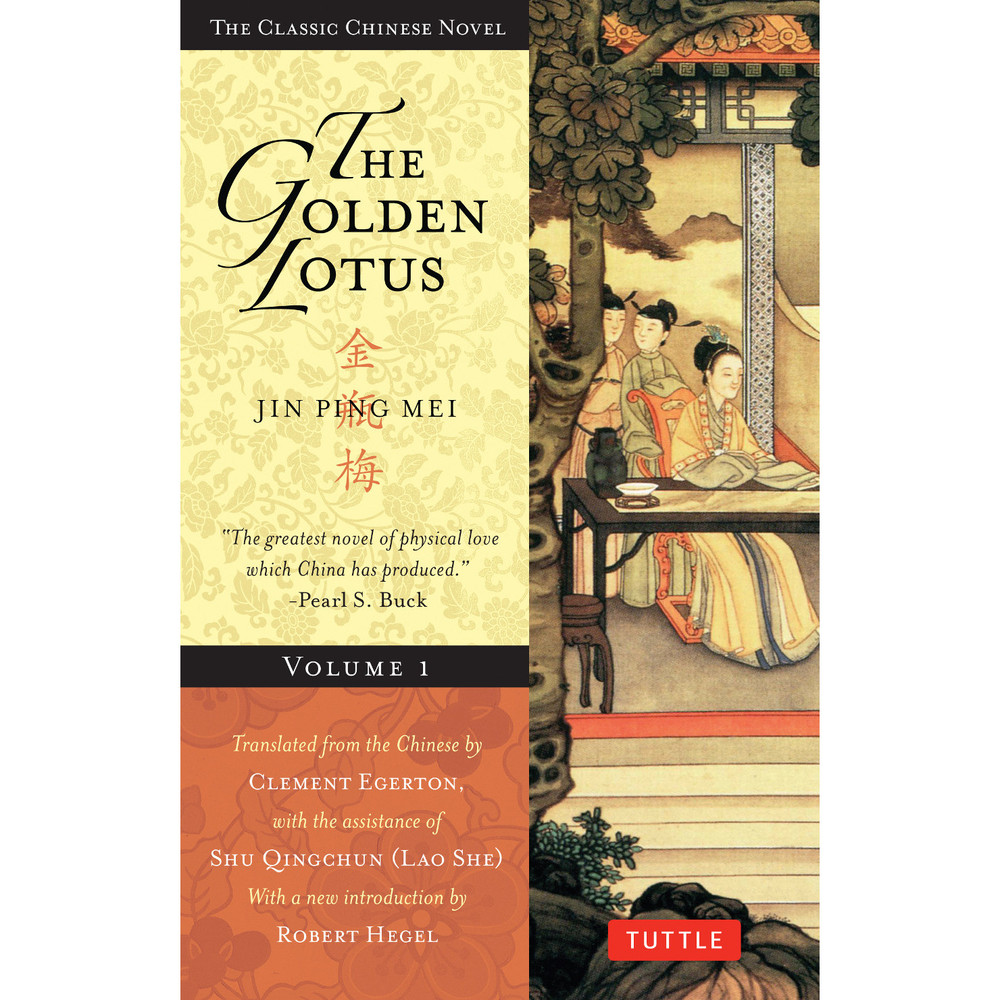 "The greatest novel of physical love which China has produced." —Pearl S. Buck

A saga of ruthless ambition, murder, and, famously, Chinese erotica, The Golden Lotus (also known as The Plum in the Golden Vase) has been called the fifth Great Classical Novel in Chinese Literature and one of the Four Masterworks of the Ming Novel. Admired in its own time for its literary qualities and biting indictment of the immorality and cruelty of its age, this Chinese classic has also been denigrated for its sexual frankness.

It centers on Ximen Qing, a young, dissolute, and politically connected merchant, and his marriage to a fifth wife, Pan Jinlian, literally "Golden Lotus." In her desire to influence her husband and, through him, control the other wives, concubines, and entire household, she uses sex as her primary weapon. The Golden Lotus lays bare the rivalries within this wealthy family while chronicling its rise and fall.

This great work of classic Chinese literature, from an author whose pseudonym means "Scoffing Scholar of Lanling," is a virtuoso collection of voices and vices, mixing in poetry and song. It samples different social registers from popular ballads to the language of bureaucrats to recreate and comment mordantly on the society of the time.

Little-known in the west but utterly iconic amongst the Chinese classics in worldly circles, reading The Golden Lotus promises both an astute reflection on human tendencies and a sumptuous, intoxicating take on Chinese erotica.


About the Author:
Lanling Xiaoxiaosheng wrote The Golden Lotus during the early years of the Wanji era (1573—1620) of the Ming Empire. Nothing certain is known of Lanling's life.

Clement Egerton was at various times a senior officer in the British army, an Anglican bishop, and a writer, editor, linguist, and prolific photographer, but he is best known for his enduring translation of The Golden Lotus.

Shu Qingchun boarded with Clement Egerton and his wife when he was a lecturer in Chinese at the School of Oriental Studies in London, but he became famous as the Beijing novelist and dramatist Lao She, whose best-known work may be Rickshaw Boy. He was killed, or committed suicide, during the Cultural Revolution.

Robert Hegel is the Liselotte Dieckmann Professor of Comparative Literature and a professor of Asian and Near Eastern Languages and Literatures at Washington University in St. Louis, Missouri.

Arabic in a Flash Kit Volume 1

Tagalog in a Flash Kit Volume 1