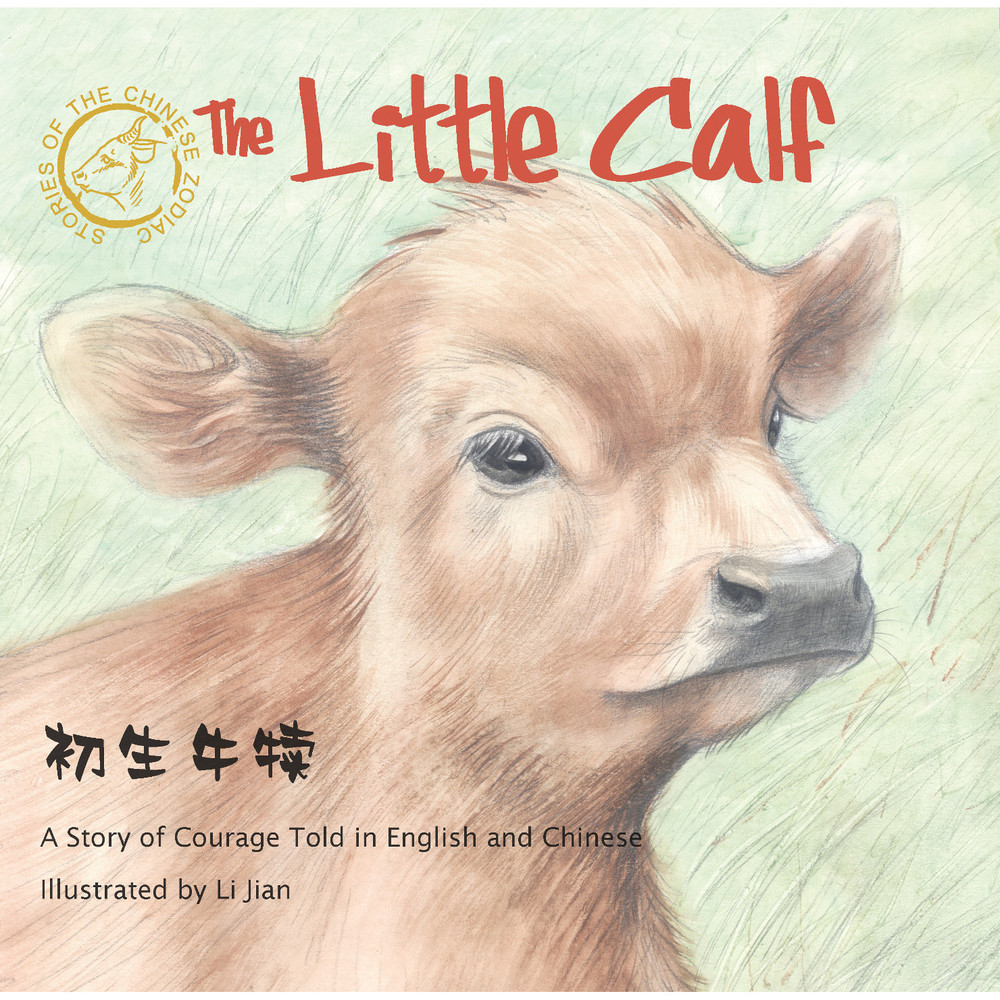 Learn how the kind ox earned his place as one of the Chinese Zodiac Animals.

The little calf is very curious about the world, but hasn't experienced much of it in his young life. When he and his mother begin to help the aging grandfather that lives next door to their farm, that changes.

In the spring, when the grandpa is struggling to plow the fields, the calf picks up the plow without saying a word. He runs up and down the fields, though his plowing is uneven. The calf soon learns from his mother cow how to plow the fields neatly. In return, the grandpa prepares fresh grass and sweet spring water for them. In the autumn, when the grandpa is too weak to grind wheat, the calf wants to help. He fails after his first attempt, but soon learns from his mother how to grind wheat into fine flour.

In the winter, when the grandpa is too tired to pull his cart into town to sell his flour, the calf volunteers to help him. The cart is heavy and the calf has never pulled one before. Along the bumpy road, it is shaking so badly that the grandpa keeps bouncing around, but the calf soon learns from his mother cow how to pull the cart smoothly. When they finally arrive in town, the calf and grandpa exchange their flour for a cart full of goods for the Chinese New Year, which they celebrate together at home.

This is a story about courage, diligence and being helpful. The "Cultural Explanation" section at the end of the book includes the characteristics of the people born in the year of Ox and the years they were born. It also includes an interesting Chinese idiom about the calf.

The Little Book of Japan