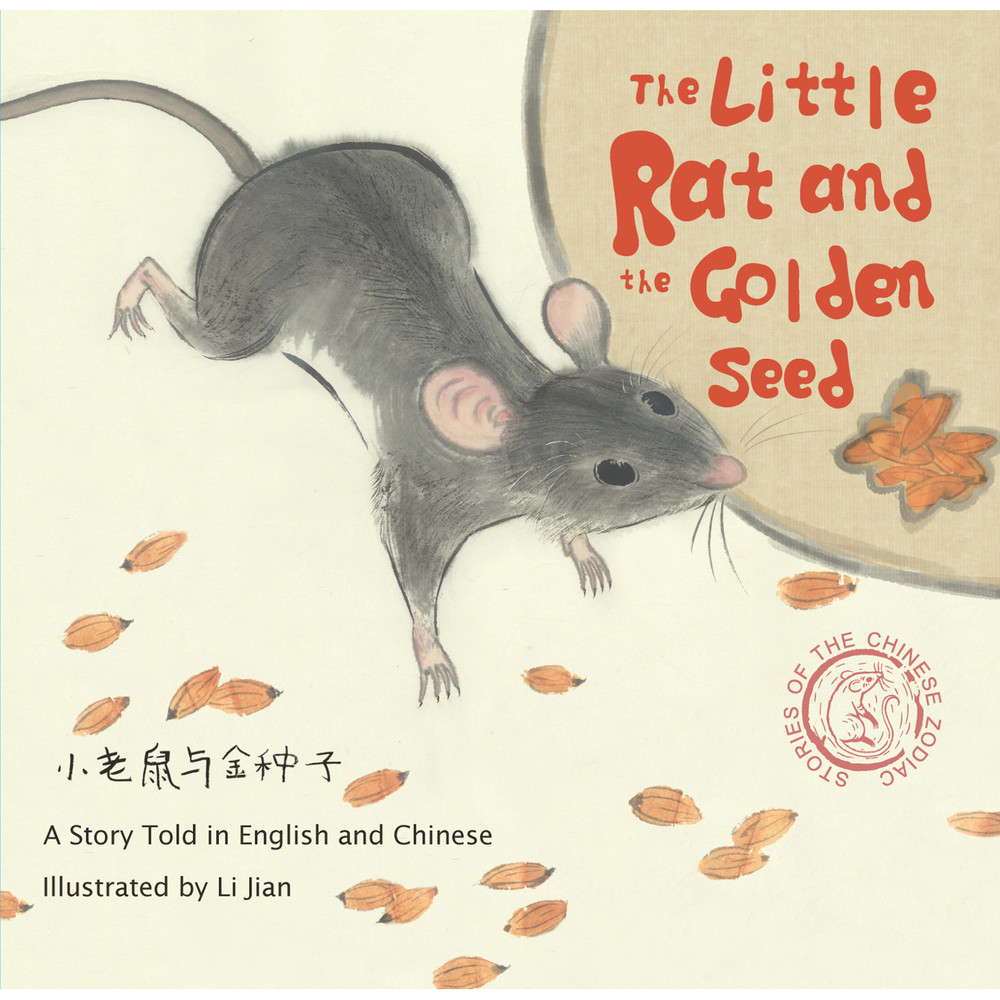 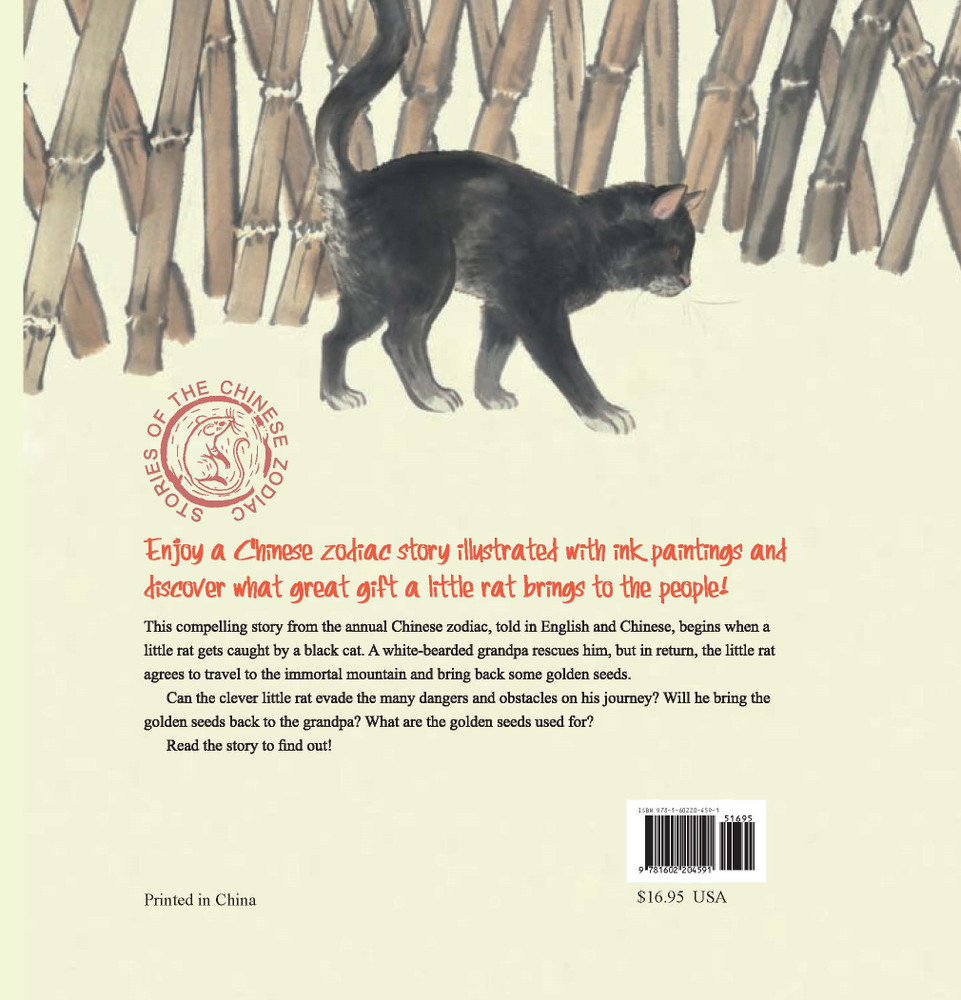 The Little Rat and the Golden Seed

Learn how the clever Little Rat earned his place as one of the Chinese Zodiac Animals.

This adorable Chinese-English bilingual children's book tells the story of the Little Rat and the Grandpa—unlikely allies who embark on an adventure to find a golden seed. They encounter rough seas, fierce guards and tall mountains, but—in the end—bring home a golden rice seed and save the village from going hungry.

Illustrated with unique Chinese ink paintings, this book also includes a "cultural explanation" section. Readers can reference a chart to learn the years of the rat and read more about common characteristics of people born then. Birth years include 2008 and 2020.


About the Author:
Li Jian has a B.A. in Chinese painting from Hebei Normal University. Formerly a middle school art teacher and children's book editor, he currently owns his own illustration studio focused on children's fairytales.