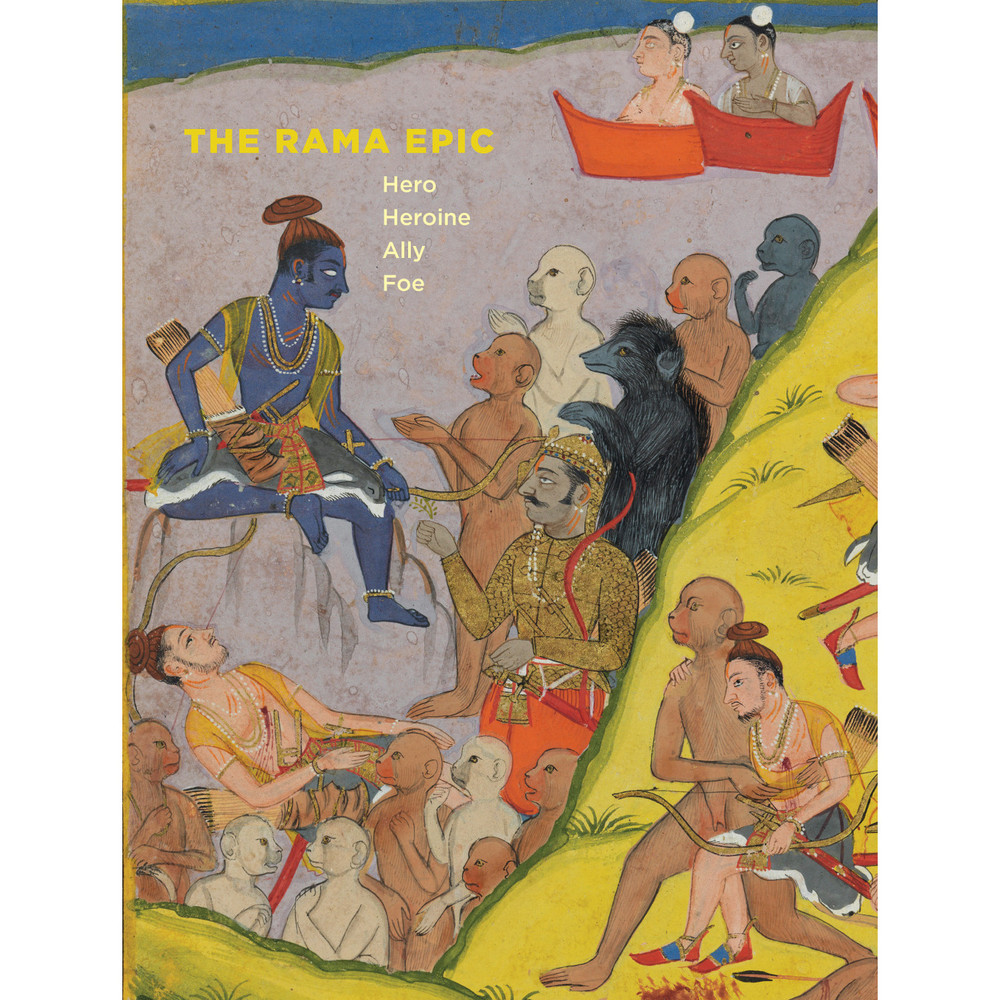 This collection by the Asian Art Museum is a selection of works depicting the ancient Rama Epic.

The Rama Epic—recounting the struggle of Prince Rama to defeat a demonic king, rescue his abducted wife, and reestablish order in the world—has been a subject for visual and performing arts, literature, and religious thought in the Indian subcontinent and Southeast Asia for many centuries.

A huge number of artworks relating to the Rama legends have been made over the course of 1500 years in a dozen countries. The Rama Epic: Hero, Heroine, Ally, Foe illustrates some of the most important episodes involving the four primary characters: the hero, Rama; the heroine, Rama's wife Sita; the ally, Rama's faithful monkey lieutenant Hanuman; and the foe, the ten-headed demon king Ravana.