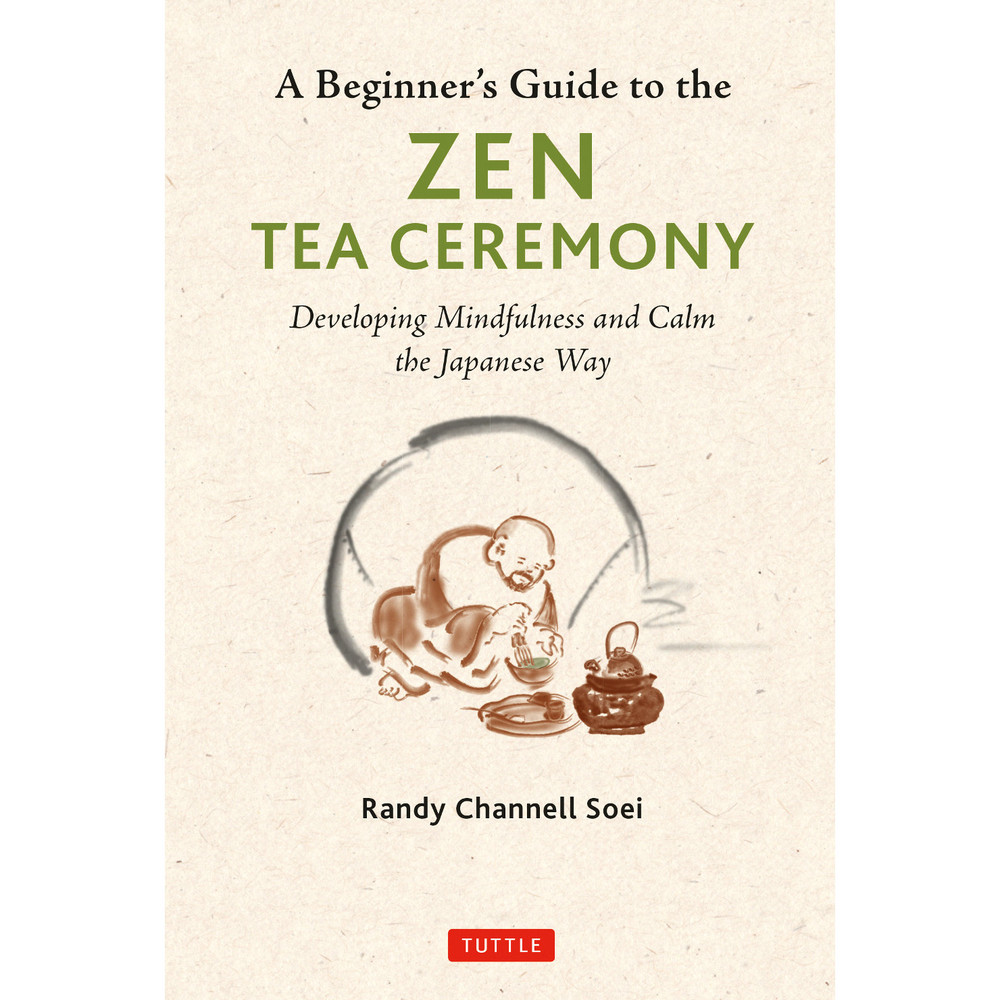 A Beginner's Guide to the Zen Tea Ceremony

This book masterfully captures the essence of the Japanese tea ceremony—its role in decluttering the mind and focusing on the present—while also introducing the objects and rituals that make it unique.

Author Randall Channell Soei—the highest-ranked non-Japanese within the Urasenke tea ceremony tradition—has been teaching the ancient method of preparing, serving and drinking tea to Japanese and foreigners for over 20 years from his studio in Kyoto, Japan. In this book, he explains the key elements behind the practice and spirituality of the tea ceremony:
With a foreword by Genshitsu Sen, the 15th-generation leader of the famed Urasenke School of Tea, this is the perfect introduction to Chanoyu—a mindful ritual and meditative practice long synonymous with the Japanese way of life.


About the Author:
Randy Channell Soei moved to Japan from Canada in 1985 to study martial arts. To balance his training and to follow Bunburyodo—a synthesis of artistic and physical pursuits—he soon began to study Chanoyu, the "Way of Tea." He is now the highest-ranked non-Japanese teacher within the Urasenke tea ceremony tradition in Japan, actively spreading the way of the traditional tea ceremony to both Japanese and foreigners in Kyoto, Japan.

Genshitsu Sen is the 15th-generation leader of the Urasenke School of Tea and head of Konnichian—the Kyoto location where the school is headquartered—since 1964, when he inherited the title Soshitsu, the hereditary name assigned to Urasenke's master. After ceding his position to his son and heir in 2002, his title has changed to Genshitsu, an emeritus honorific. He has served as advisor to the Ministry of Foreign Affairs, UNESCO Goodwill Ambassador, Japan-U.N. Goodwill Ambassador, Japan Tourism Goodwill Ambassador and president of the U.N. Association of Japan. He has advanced the idea of "Peacefulness through a Bowl of Tea" and traveled the world to spread the culture of chado and promote world peace.

A Beginner's Guide to Terrarium Gardening

A Beginner's Guide to Paper Wildflowers

A Beginner's Guide to Japanese Tea