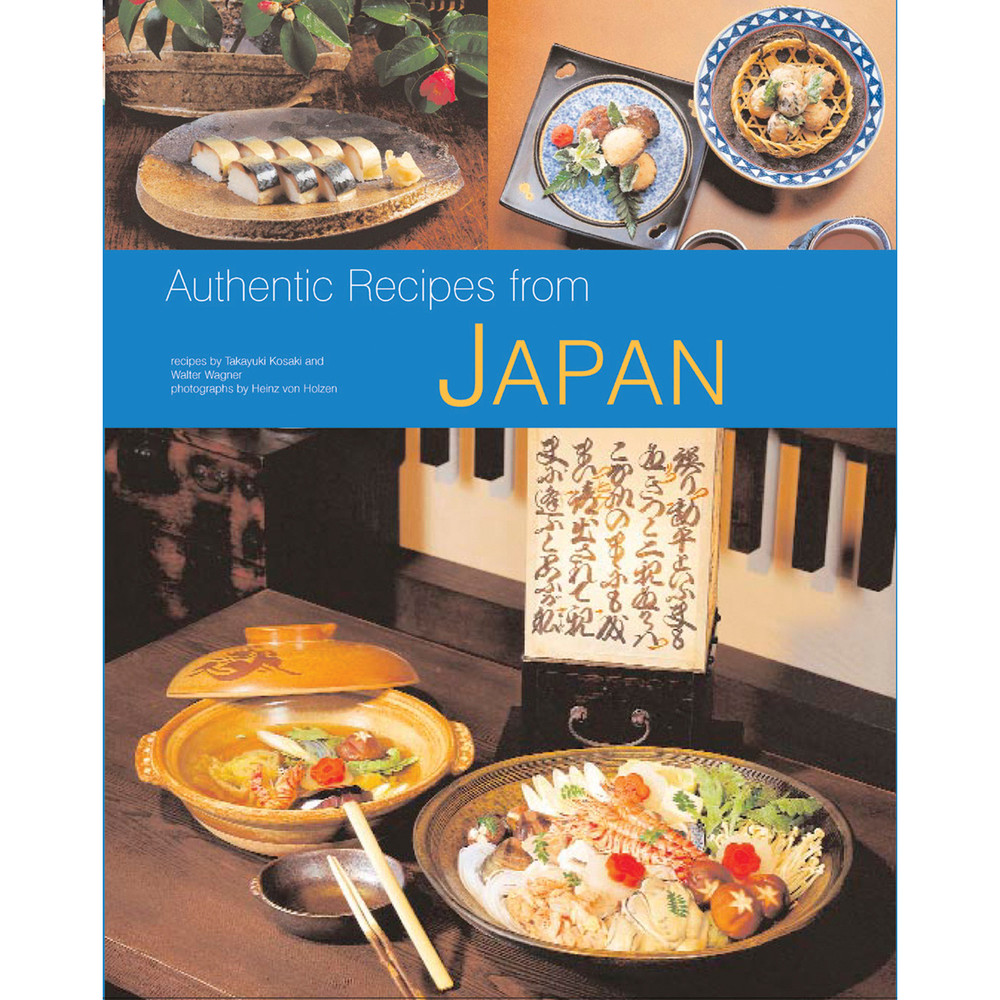 The essence of Japan is captured right here in this beautiful Japanese cookbook!

More than any other cuisine in the world, Japanese food is a complete aesthetic experience—a delight for the eyes, the nose and the palate. The desire to enhance rather than to alter the essential quality of fresh seasonal ingredients results in a cuisine that is unique, a tribute to nature and what people can create from it.

In Authentic Recipes from Japan, the essence of Japanese cooking is captured in a collection of recipes ranging from essential stocks, sauces and pickles, to rustic one-pot dishes such as soba noodles to the famous bento box and everything in between. This fascinating Japanese cookbook, with recipes gathered and photographed in Japan, also explains the correct use of ingredients and the way Japanese meals are traditionally structured and presented.

The secret to preparing Japanese cuisine at home is an understanding of a few straightforward ingredients and of how a meal is composed; the culinary methods used are easy to master. But the most critical requirement of all is merely a love for good food prepared and presented with a sense of harmony.

Walter Wagner, Executive Chef at Hyatt Regency Osaka since its opening in 1994, gained experience in his native Switzerland and abroad. Since coming to Japan in 1988, he has been drawn to the aesthetics of Japanese cuisine.

Heinz von Holzen was the Food and Beverage Director of the Grand Hyatt Bali and now runs his own company in Bali, specializing in food photography and consultancy.