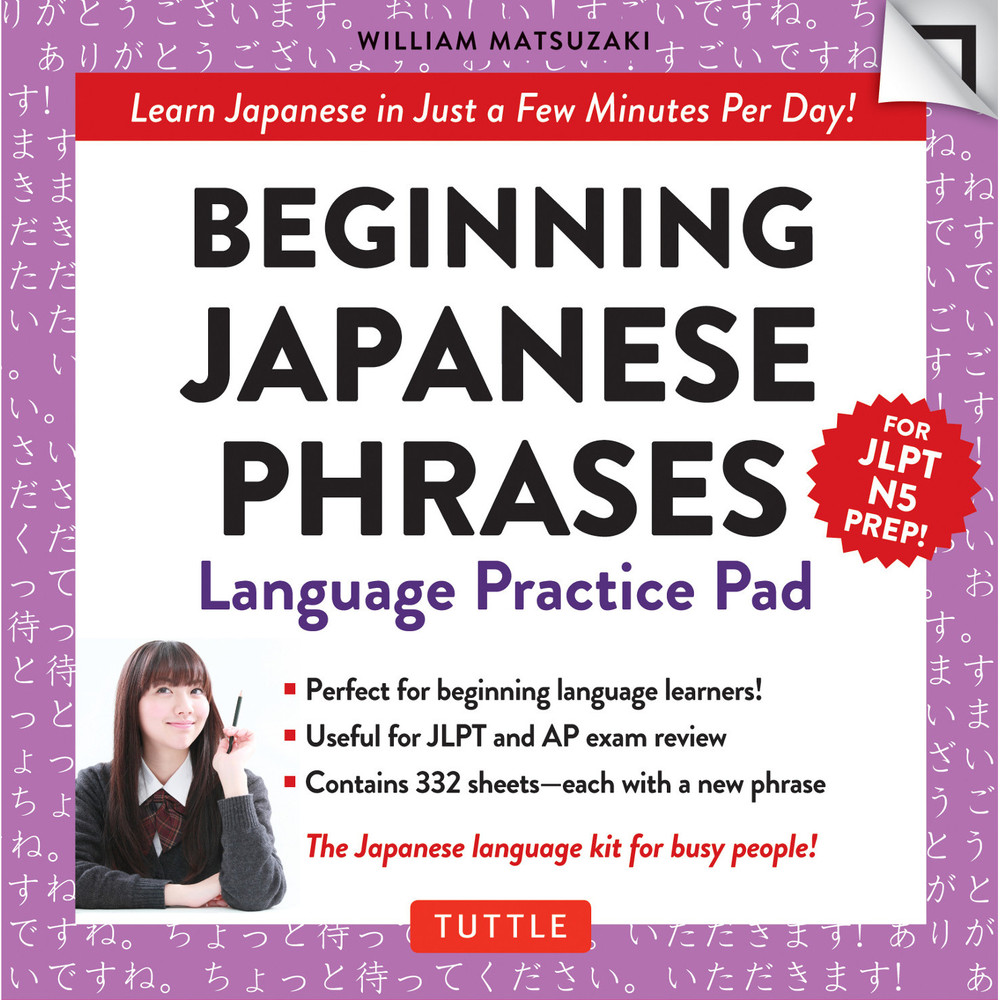 Although more people are studying the Japanese language than ever before, others are still wary of starting because they believe "it's too difficult." But Beginning Japanese Phrases Language Practice Pad will show absolute beginners that Japanese is in many ways much easier than other languages, and it will help intermediate Japanese learners review and improve upon their past studies and practice Japanese every day. Japanese is a fascinating language that uses Chinese characters (kanji) as well as two other alphabets (hiragana and katakana). After a few weeks of gradual progress, your ability to read Japanese, write Japanese and speak Japanese will grow tremendously.

This calendar-like desk companion is divided into monthly topics and builds upon itself, one day at a time. Japanese phrases are kept short, simple and functional.

Each of the 332 pages includes these four components:


About the Author:
William M. Matsuzaki has been a Japanese teacher for the last 15 years. He received his BA in Japanese from Carlton College, and an MSEd in Technology Education and a doctorate in education from Johns Hopkins. He is the author of several Tuttle titles like Let's Learn Japanese and Japanese Hiragana and Katakana Language Practice Pad.