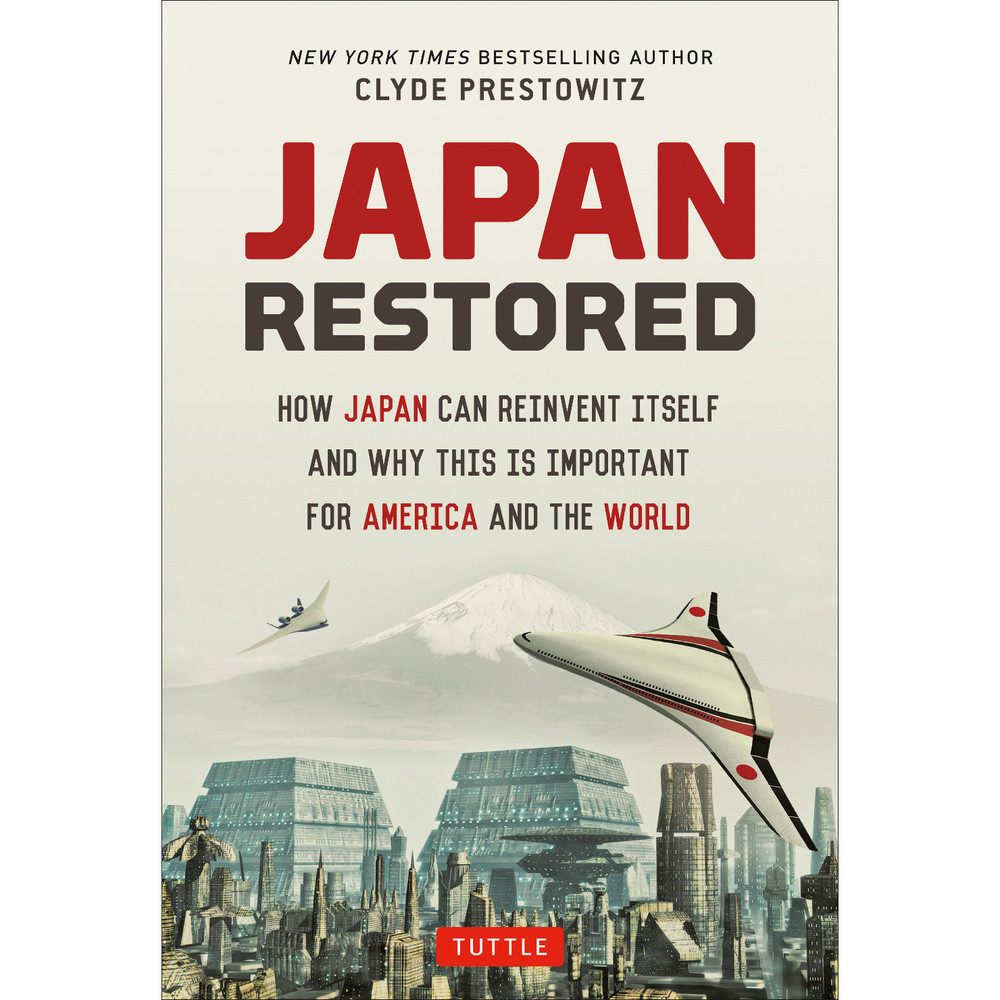 In Japan Restored, New York Times bestselling author Clyde Prestowitz envisions post-bubble Japan in the year 2050, when the country's economic prosperity will have made it a world leader in every area.

In 1979, the book Japan as Number One: Lessons for America by Harvard University professor Ezra Vogel caused a sensation in the United States by pointing out that Japan was surpassing America as world economic leader; to this day, it remains the all-time bestselling non-fiction book by a Western author in Japan. The book was timely: Japan's subsequent "bubble era" of the 1980s saw the country booming. But since the economic bubble burst at the start of the 1990s, Japan has been in decline.

Japan Restored takes up where Vogel left off. Written as a vision of Japan in the year 2050, Prestowitz looks back to the mid-2010s as such a low point for Japan that a special reform commission was set up that helped the country regain its former position as a leader in technology, in business, and geopolitically. Looking at education, innovation, the role of women, corporate organization, energy, infrastructure, domestic government, and international alliances, Prestowitz draws up a fascinating and controversial blueprint for the future success of Japan.

In wake of the 2021 Olympics in Tokyo and the economic chaos caused by the Covid-19 pandemic, Japan Restored is as timely as the 1979 book that inspired it.


About the Author:
New York Times Bestselling Author Clyde Prestowitz is a long time student of Japan who served as a lead negotiator with Tokyo in his position as Counselor to the Secretary of Commerce in the Reagan Administration. His first book, Trading Places: How We Allowed Japan to Take the Lead, revolutionized thinking about Japan's economic miracle and its relationship with the United States.

Prestowitz is founder and President of the Economic Strategy Institute in Washington. He served as Vice Chairman of President Clinton's Commission on Trade and Investment in the Asia-Pacific Region, as an advisor to the Export/Import Bank, as a member of Intel's Policy Advisory Committee, and as an advisor to the Center for Strategic and International Studies of Indonesia. Prestowitz has also been a blogger for Foreign Policy Magazine, and is a prolific contributor to publications such as the Financial Times, New York Times, and L.A.Times. In addition to Trading Places, his books include: Rogue Nation, Three Billion New Capitalists, and The Betrayal of American Prosperity. He resides in Washington D.C. and Maui.