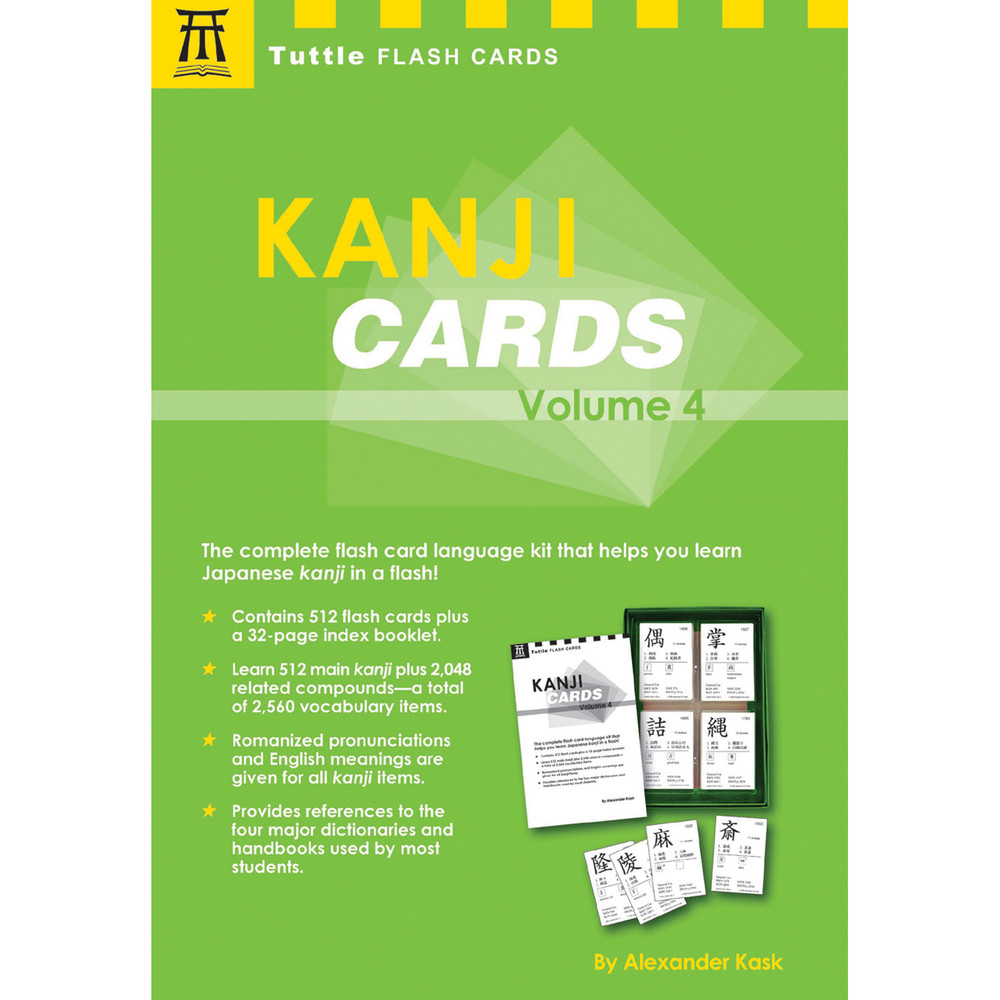 Kanji Cards Kit Volume 4 is the fourth and final installment in the Tuttle Kanji Cards series. It presents the student with the most advanced and complex kanji. Building on the foundation established in the first three volumes, Kanji Cards Kit Volume 4 utilizes a highly acclaimed methodology that has become the gold standard for kanji learning for thousands of students worldwide.

The four volumes in this set present all 1,945 characters that the Japanese Ministry of Education has determined one needs to read and write Japanese (the kanji). On each Joyo card, the basic readings and uses for each character as verbs and adjectives are described in detail, along with various meanings of the character as a noun. The radicals used to organize the kanji and the individual graphic elements that make up the remainder of a character are clearly presented for each character.

In total, the four volumes also present 7,700 compound vocabulary items-words that have been carefully compiled to reflect the vocabulary most frequently used in everyday conversation, thus enabling the user to increase his or her vocabulary and mastery of the Japanese language greatly.


About the Author:
The Tuttle Publishing Company was established in 1948 in Rutland, Vermont and Tokyo, Japan and is today regarded as a premier publisher and seller of books rooted in Asian culture, language and history.

Since its founding in 1948, Tuttle has published more than 6,000 books and today maintains an active backlist of around 2,000 titles.