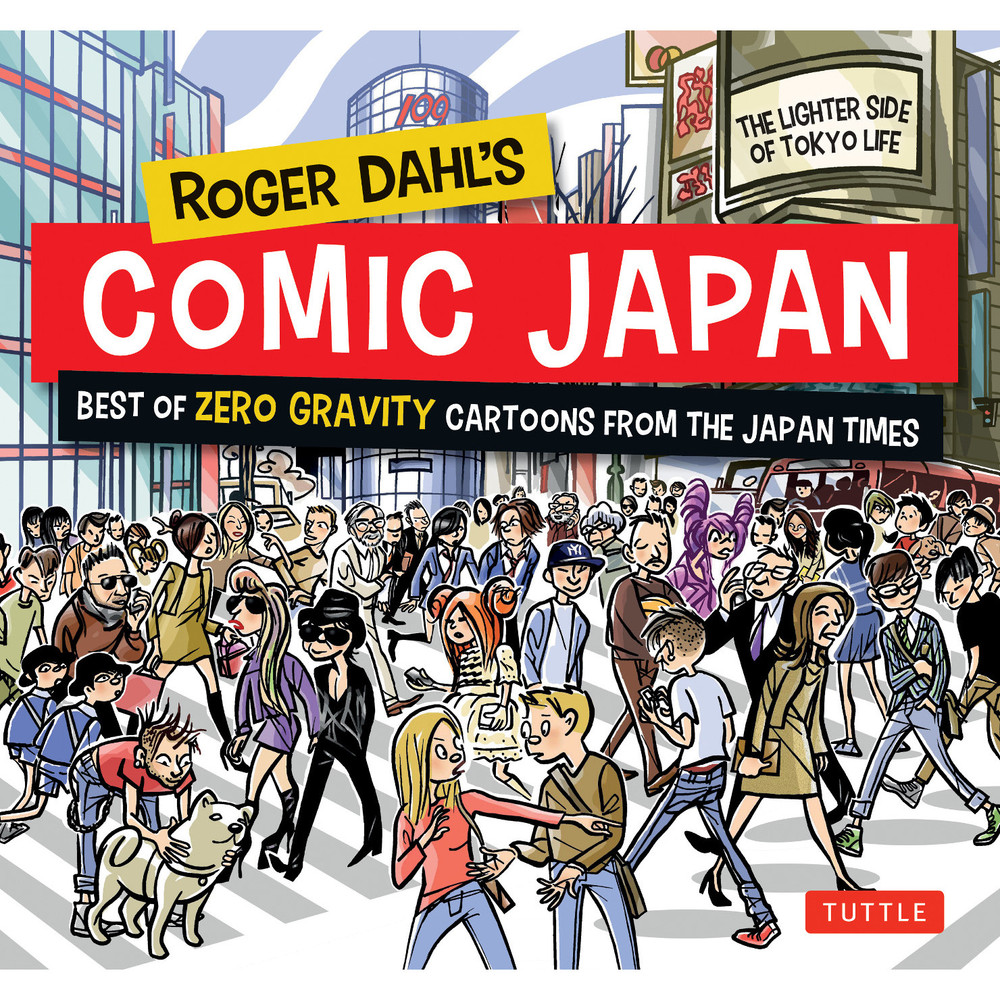 The humorous cross-cultural observations in this graphic novel, drawn from a long-running comic in The Japan Times, will delight visitors to Japan and armchair travelers alike.

Roger Dahl's Comic Japan is a collection of the best of the Zero Gravity cartoon strip, a favorite feature of Japan's leading English-language daily newspaper The Japan Times, since 1991. In this anthology, it is made available in book form for the first time.

The Japan comic strip stars Larry and Lily, a young American couple working as English teachers in Tokyo, who never manage to integrate into Japanese society fully. Rounding out the strip's ensemble cast is the three-generational Koyama family, with whom Larry and Lily share friendship and regular misunderstanding. There is plenty of miscommunication between the Japanese characters as well.

Zero Gravity takes a whimsical approach to the meeting of cultures. The primary focus is on the humorous misunderstandings between East and West, but nearly as often it explores the quirky dynamics of changing relationships between generations and subgroups within Japan. Though the strip is undoubtedly an exploration of colliding cultures, it is primarily a story about characters who have a good deal of affection for one another.

This anthology contains eight chapters covering various aspects of Larry and Lily's life in Japan. Each chapter includes 16-20 pages and 32-40 cartoon strips with two strips to each page and opens with a brief introduction to the theme of the chapter. A 3-page illustrated foreword to the book introduces Roger Dahl, his career and his inspiration for Zero Gravity.

For a unique perspective on Japan from a Western artist, the 300+ strips in this Japanese comic anthology will both make you laugh and think.


About the Author:
Roger Dahl has a degree in art from the University of Puget Sound and a degree in Rehabilitation Medicine from the University of Washington. He lived for many years in Tokyo, where he was an English teacher at an elite private academy for boys. During his last four years of teaching, he began cartooning for The Japan Times, which has published around 4,000 of his cartoons since 1991. He also illustrated the children's book Wisha Wozzariter (Penguin, 2012), which won the prestigious Crossword Book Awards in India for Best Children's Book of 2013. He now lives in Seattle.