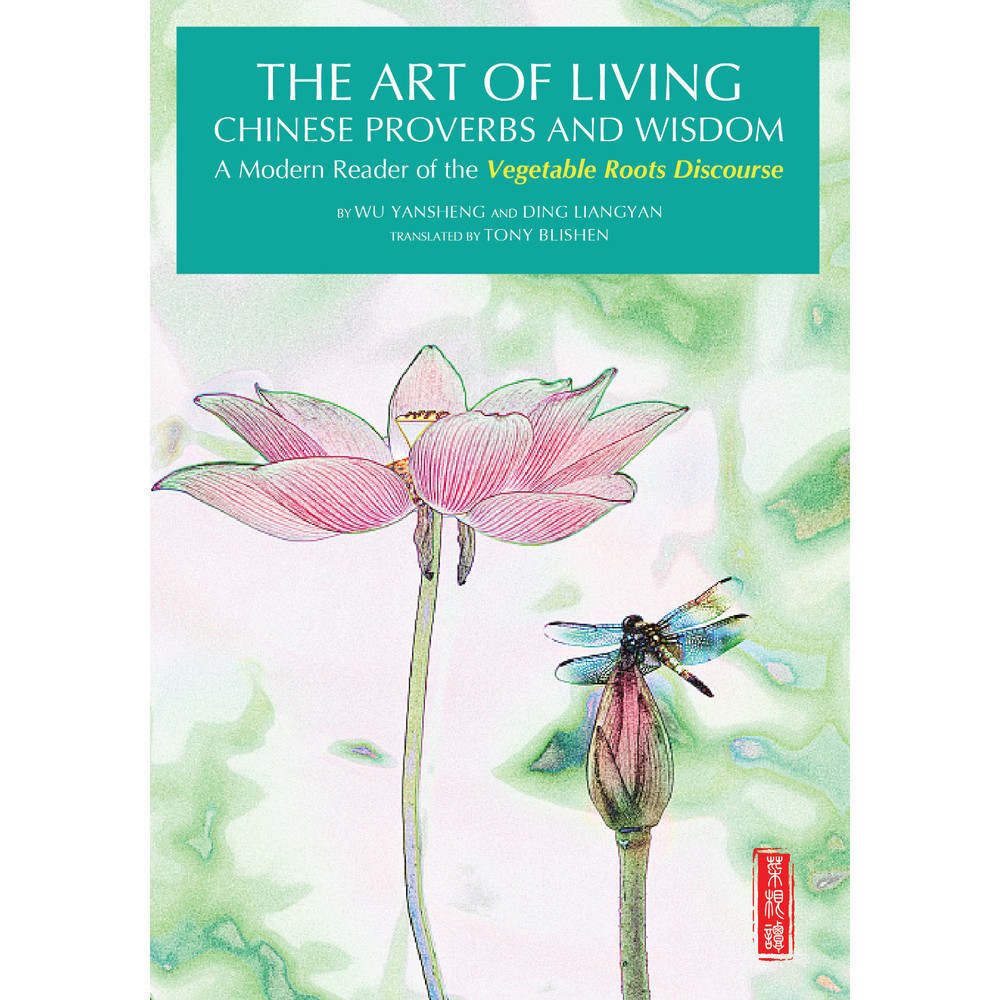 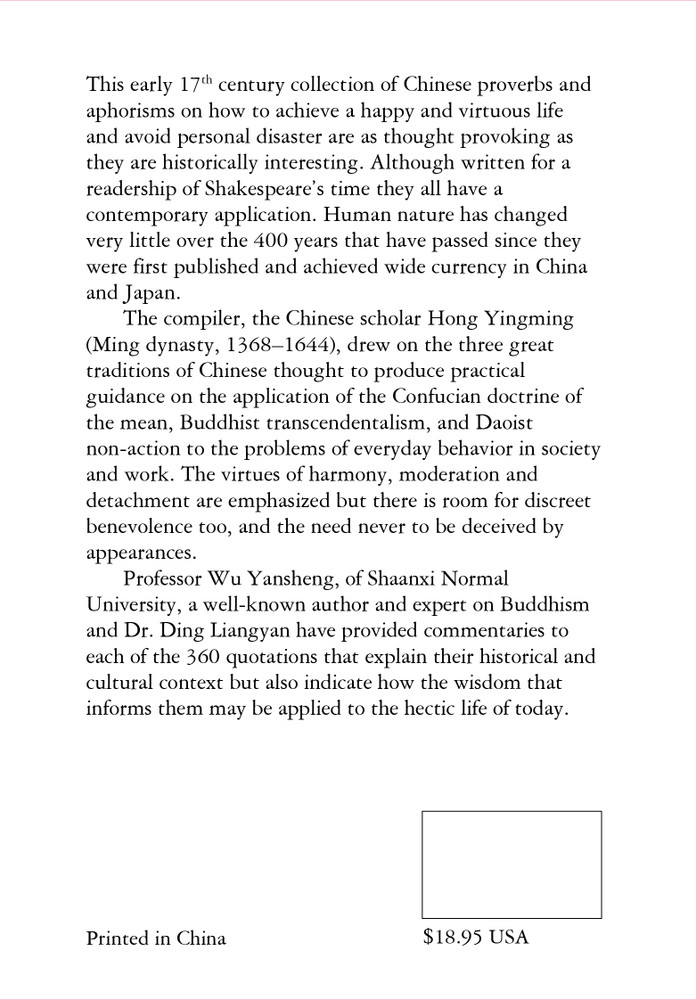 The Art of Living Chinese Proverbs and Wisdom

Ming Dynasty scholar and philosopher Hong Yingming wrote many books, but only Vegetable Roots Discourse has survived into the 21st century—remaining a widely studied text in China, Japan and Korea. In it, Yingming offers 360 observations and proverbs about life, human nature, heaven, earth and more. These witty and timeless sentiments derive from Yingming's own informal compilation of thoughts, as well as the understandings of Buddhism, Daoism (Taoism) and Confucianism.

In The Art of Living Chinese Proverbs and Wisdom, Professor Wu Yansheng and Dr. Ding Liangyan have provided original commentaries for each of the 360 snippets of wisdom. These help readers to expand their understanding of the meaning behind the original text, whilst demonstrating its significance in a contemporary context.


About the Author:
Hong Yingming (Hong Zicheng) was a Ming Dynasty (1368–1644) writer and philosopher of whom very little is known. Modern research suggests he may have been a native of Chengdu, China.

Professor Wu Yansheng holds doctorates in literature and philosophy, and is currently Director of the Institute of Buddhist Studies and Supervisor of Doctoral Candidates at Shaanxi Normal University. His publications include the Zen trilogy: The Origins of Zen Thought, Philosophical Symbols of the Zen School and The Realm of Poetry and Verse in the Zen School and more than a dozen other works. He is the founder of the website "Buddhist Research" (www.wuys.com), editor-in-chief of Chinese Zen Studies, and set up the academic forum on "Compassionate Buddhist Culture." In recent years he has been visiting professor of Zen Buddhist Wisdom at Peking University, Tsinghua University and other academic institutions, as well as being an extremely popular speaker at Zen forums throughout China.

Dr. Ding Liangyan has studied the literature of Buddhism with Professor Wu and has published a number of works, including Literature and the Philosophy of the Pure Land Sect.

Award-winning translator Tony Blishen is a former British diplomat. He studied Chinese and Japanese at London's School of Oriental and African Studies and at Deng Zhi'ang College of Chinese in Hong Kong. He served as British Consul in Beijing from 1965-1967, and later as Counsellor of the British Embassy in Tokyo. His translations include everything from modern fiction and children's books to Zen poetry and classic literature.

The Art of Chinese Flower Arrangement