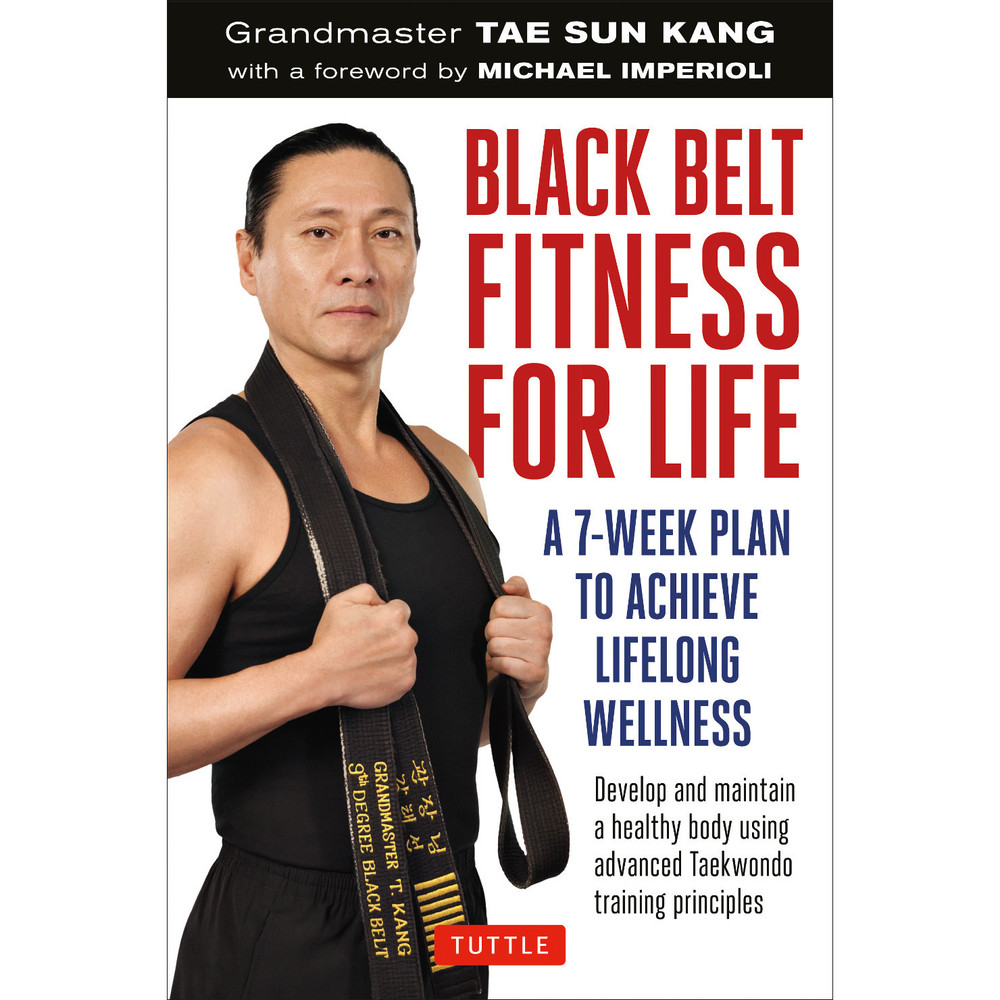 In Black Belt Fitness for Life, Grandmaster Tae Sun Kang applies his four decades of experience to guide you through an innovative method of fitness using Taekwondo principles. Whether you're a beginner or veteran to stretching and exercise, you can easily follow Grandmaster Kang's 7-week routine based on the belt system of Taekwondo, an ancient Korean martial art. With each week of the regimen, you will learn new skills and techniques that culminate in the mastery of the techniques necessary to continue exercising and eating right for life.

Through the use of Taekwondo stretches and movements, this black belt "Combined Dynamic Stretching" method will improve your flexibility and balance, stamina and strength, as well as your focus and mental health. You'll stretch multiple parts of your body at the same time, improving circulation and building mental strength while warming up to minimize injuries. As part of his holistic approach to health and fitness, Grandmaster Kang also outlines an eating plan designed to help you lose weight naturally. Unlike extreme diets and workouts that emphasize drastic results quickly, the Grandmaster's approach is a balanced, easy-to-follow, and--most importantly--realistic plan designed for your life.

Friend and longtime student of Grandmaster Kang, actor Michael Imperioli wrote the foreword for the book and shares his experience in training under Grandmaster, as well as the benefits he has received in following Grandmaster's philosophy.


About the Author:
Grandmaster Tae Sun Kang is a greatly accomplished martial artist. He has dedicated his life to mastering the art of Taekwondo and received his 1st Dan Black Belt in 1973, achieved Grandmaster (8th Dan) status in 1994, and awarded his 9th Dan Black Belt in 2007. He has participated in both national and international tournaments and has trained some of the top tournament competitors in the world, as well as many celebrities and their families. He is the director of three of the largest martial arts schools in New York. Visit his website at tkangtkd.com.

Michael Imperioli is an American actor, writer, director, and producer. He is best known for his role as Christopher Moltisanti on The Sopranos, for which he won the Primetime Emmy Award for Outstanding Supporting Actor in a Drama Series in 2004. He also appeared in the TV drama series Law & Order as Detective Nick Falco.