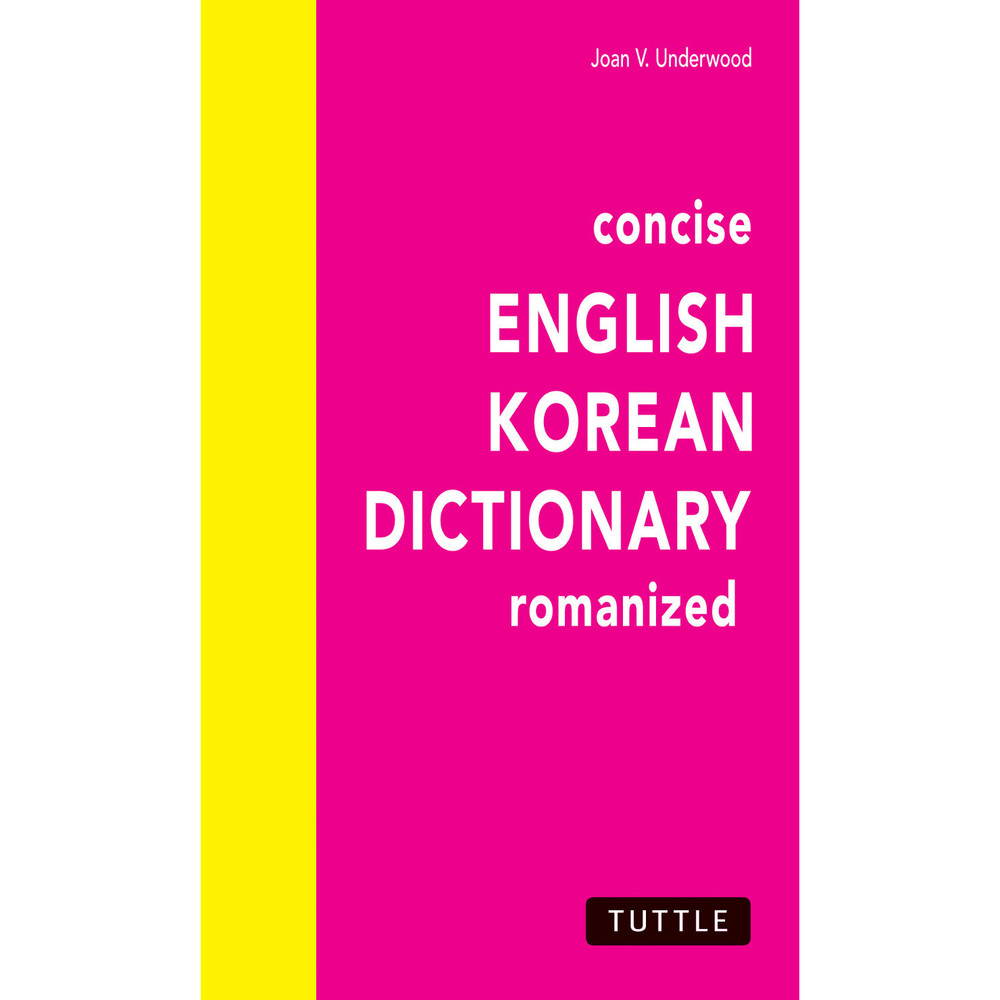 This is a pocket sized Korean Dictionary

Intended for use by tourists, students, and business people traveling to Korea Concise English Korean Dictionary is an essential tool for communicating in the Korean language and is a great way to learn Korean. It features all the essential Korean vocabulary appropriate for beginning to intermediate students. It's handy pocket format and user-friendly, layout will make any future trip to Korea much easier. All entries are written in a Romanized form as well as Korean script (hangul) so that in the case of difficulties the book can simply be shown to the person the user is trying to communicate with.


About the Author:
Born and raised in Korea, where she has lived a total of almost twenty years, Joan V. Underwood attended school in England. She married Horace Underwood, younger brother of a well-knwon misionary family, and went to Korea as a missionary from the Presbyterian Board of Foreign Missions, New York. She studied Korean from private tutors and at missionary language schools in Korea and Japan, and later taught at Chosun Christian University