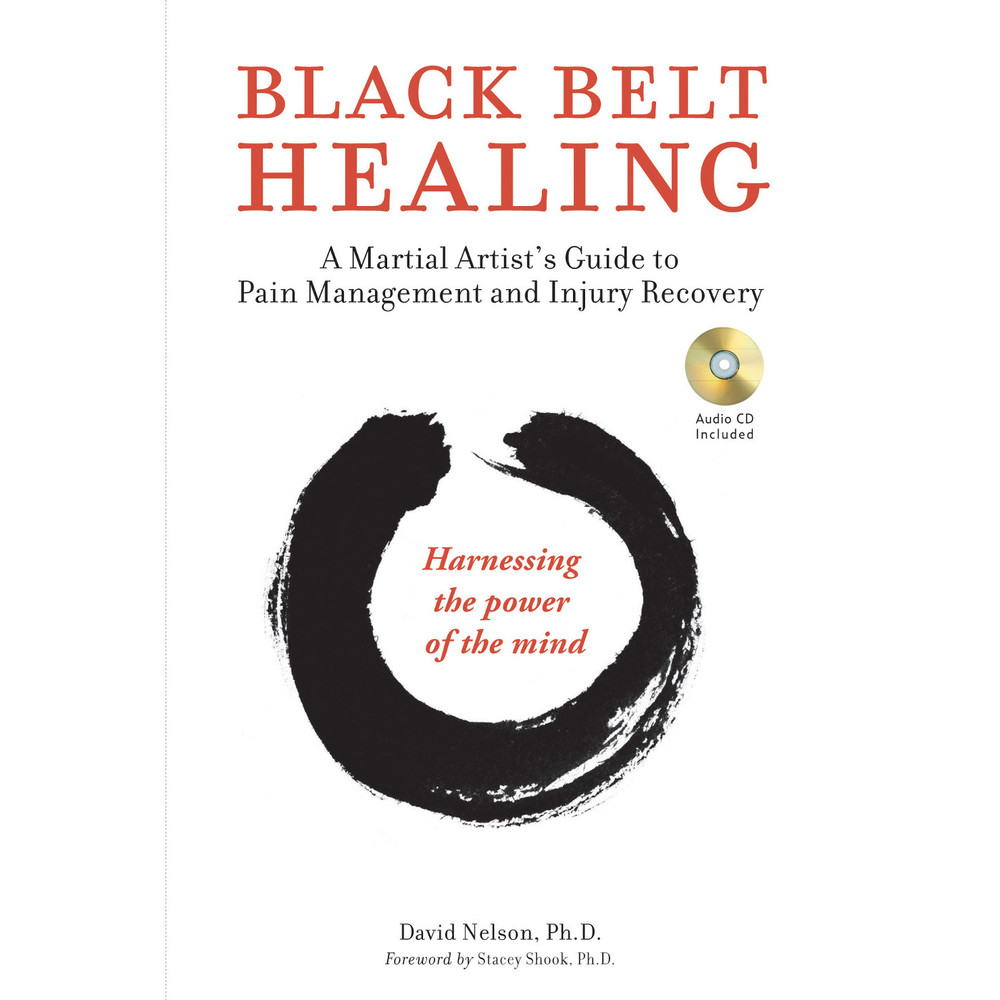 Downloadable ContentIn Black Belt Healing, Dr. David Nelson uses both his training as a martial artist and his many years as a hypnotherapist into a how-to guide for martial artists.

The greatest opponent a martial artist will face is pain. This pain might manifest itself in the form of a traumatic injury or in the chronic aches and pains that come with such a highly physical activity. Whether a martial artist can continue his practice may be determined by pain management and mental discipline—the ability to cope with injuries and to heal quickly.

Using the layout of a dojo as a metaphor for the workings of the mind, Nelson explains how hypnosis can help a martial artist deal effectively with chronic or severe pain and the weapons that are readily available to anyone for fighting the negative energies of pain. Black Belt Healing also provides a series of self-guided trances that will help the martial artist invoke their own healing abilities, improving their health and allowing them to return to the dojo and continue to practice their chosen martial arts discipline. An audio CD includes step-by-step hypnotic scripts.


About the Author:
David Nelson, Ph.D. operates the Broken Bokken Dojo, a traditional martial arts school in Shawano, Wisconsin. He began his martial arts training in Goshindo Karate in 1969 with Shihan Paul Dean. His journey into the healing arts began in 1980 with a Master's Degree in Counseling from the University of Wisconsin-Stout and eventually obtaining a Ph.D. in Natural Health from the Clayton College of Natural Health. Studying with Reverend Nonin Chowaney of the Nebraska Zen Center, he became lay-ordained in Soto Zen in 1992. Dr. Nelson conducts an annual Zen and healing arts retreat for martial artists and currently works at a Native American Health and Wellness Center in the Department of Natural Integrative Healing. Here he intertwines the wisdom of the East and local Native American healing traditions. He is also Emotional Freedom Technique (EFT) certified.

Stacey Shook, Ph.D., is the founder of Fu Chen Kung Fu and a practicing martial artist since 1953. He is a behavioral consultant and trainer for the State of Missouri Department of Social Services, Children's Division.