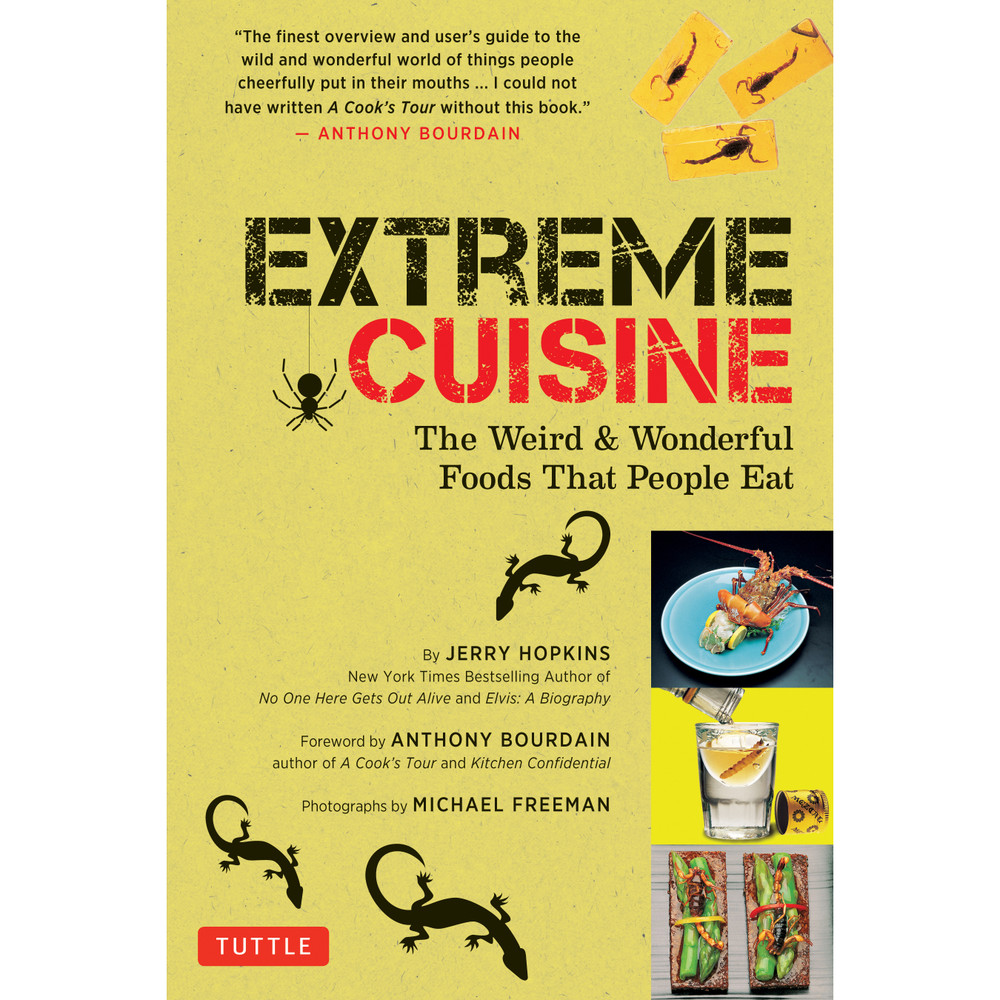 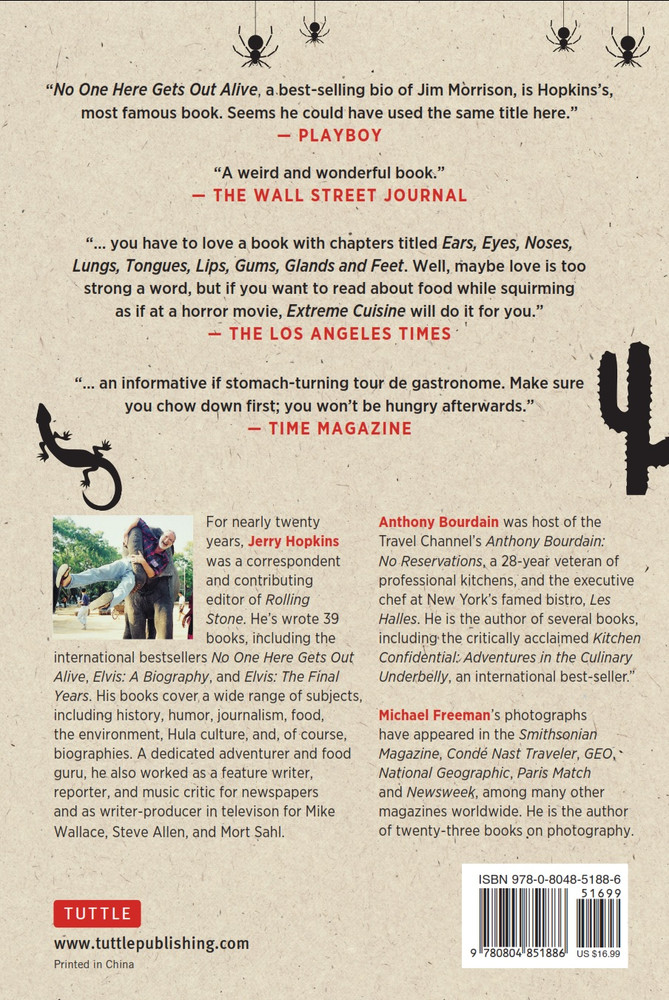 "I could not have written A Cook's Tour without this book. There is so much I would have missed. So dig in. Enjoy… Eat. Eat adventurously. Miss nothing. It's all here in these pages." —From the Foreword by Anthony Bourdain

Sit down for a meal with the locals on six continents—what they are eating may surprise you. Extreme Cuisine examines eating habits across the globe, showing once and for all that one man's road kill is another man's delicacy!

"I've tried to make this book a guide to how the other half dines and why. Over a period of twenty-five years I've augmented my meat-and-potatoes upbringing in the United States to try a wide variety of regional specialties, from steamed water beetles, fried grasshoppers and ants, to sparrow, bison and crocodile. I've eaten deep-fried bull's testicles in Mexico, live shrimp sushi in Hawaii, mice cooked over an open wood fire in Thailand, pig stomach soup in Singapore, minced water buffalo and yak butter tea in Nepal, stir-fried dog tongue, and "five penis wine" in China." —From the introduction by Jerry Hopkins

Dive headfirst into food culture from around the world. Join author Jerry Hopkins on a culinary and cultural tour as he explores foods that may seem bizarre, and often off-putting, to us. As he says, "What is considered repulsive to someone in one part of the world, in another part of the world is simply considered lunch."

Part travelogue, part cultural commentary and history, and part cookbook (yes, really), with Extreme Cuisine anyone can become an adventurous eater—or at least learn what it's like to be one.


About the Author:
Jerry Hopkins (1935-2018) published over 1,000 magazine articles and 38 books, including international bestsellers: No One Here Gets Out Alive: The Biography of Jim Morrison, and Elvis: The Biography. A pioneering correspondent and contributing editor for Rolling Stone, Hopkins developed a strong reputation as a travel writer while living in Bangkok, and regularly wrote for publications such as The New York Times and Conde Nast Traveler, and published many books, including Bangkok Babylon and Thailand Confidential.

Foreword
Anthony Bourdain (1956-2018) was host of the Travel Channel's Anthony Bourdain: No Reservations, a 28-year veteran of professional kitchens, and the executive chef at New York's famed bistro, Les Halles. He is the author of several books, including the critically acclaimed Kitchen Confidential: Adventures in the Culinary Underbelly, an international best-seller.

Photographer
Michael Freeman is a professional photographer and author, with more than 100 book titles to his credit. He was born in England in 1945, took a Masters in geography at Brasenose College, Oxford University, and then worked in advertising in London for six years. He made the break from there in 1971 to travel up the Amazon with two secondhand cameras, and when Time-Life used many of the pictures extensively in the Amazon volume of their World's Wild Places series, including the cover, they encouraged him to begin a full-time photographic career.

Since then, working for editorial clients that include all the world's major magazines, and notably the Smithsonian Magazine (with which he has had a 30-year association, shooting more than 40 stories), Freeman's reputation has resulted in more than 100 books published. Of these, he is author as well as photographer, and they include more than 40 books on the practice of digital photography—for this photographic educational work he was awarded the Prix Louis Philippe Clerc by the French Ministry of Culture. He is also responsible for the distance-learning courses on photography at the UK's Open College of the Arts.

Kulinarya, A Guidebook to Philippine Cuisine