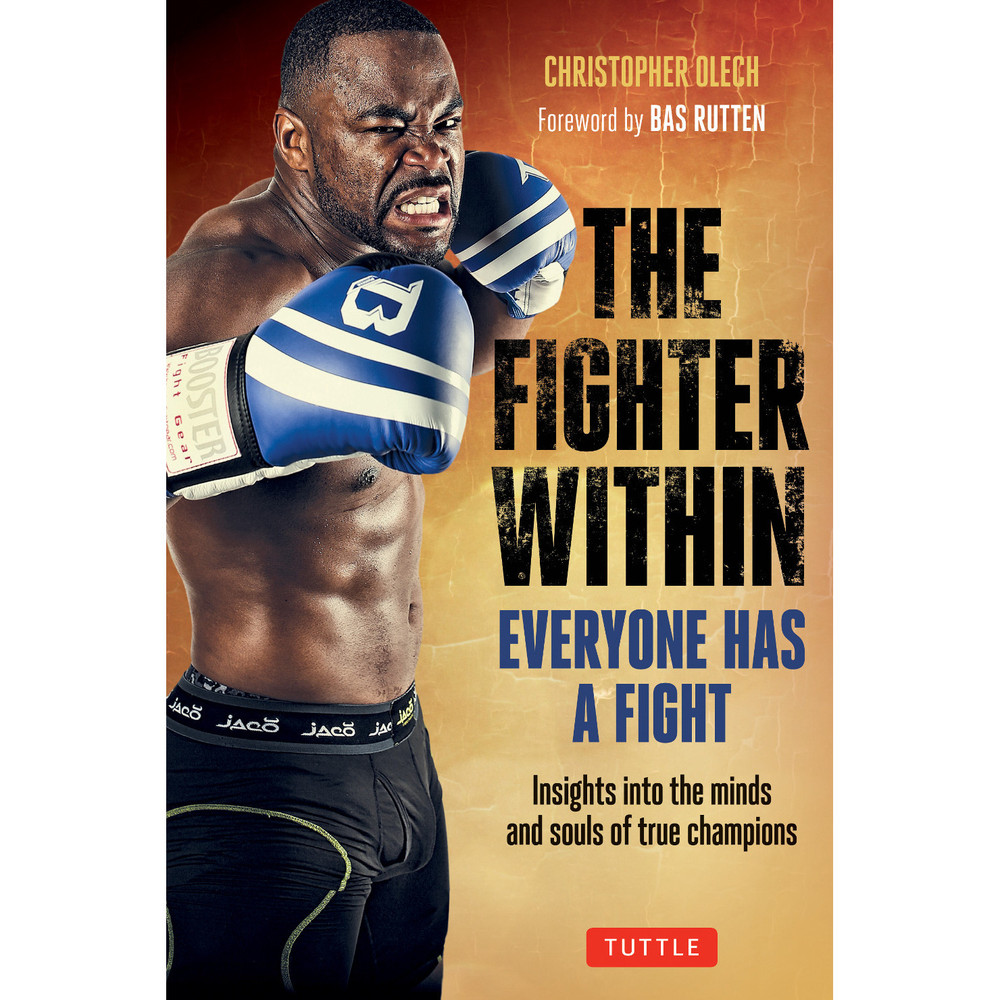 The Fighter Within is an inspirational mixed martial arts book for fans which brings insider stories, heartfelt moments, and a human element to what's perceived as a savage sport. It reveals thoughtful, encouraging, and even lighthearted insights into the minds and souls of true champions.

This book provides an intimate look at the author's journey through the world of MMA, along with stories of trials and triumphs inside (and outside) of the ring. It describes the attributes that lead to success in a sport that demands dedication, forethought, and intellect—traits which apply to all of life's challenges.

A foreword by Bas Rutten--UFC Heavyweight Champion and three-time King of Pancrase World Champion--sets the tone for this book, which features an impressive array of interviews with a veritable whos-who of elite MMA fighters and martial artists: The Fighter Within also includes a 32-page section of color photos of the fighters in action. If you are eager to find out what makes the world's top MMA and UFC fighters tick, and how you can learn from their experiences, Fighter Within has the motivation and inspiration that you seek.


About the Author:
Born in Toronto, Canada to immigrant parents, Christopher Olech's immersion into the world of martial arts began after the UFC Welterweight Champion, Matt Hughes, came to town for a seminar. Christopher began training in the Mixed Martial Arts, eventually putting his skills to the test in the ring, where he won a Grapplers Quest Brazilian Jiu Jitsu Tournament Gold Finish, and was the IBBA Hall of Fame Competitor of the Year in 2010. He helped organize one of the biggest MMA seminars to come to Toronto Canada, The Paradise Warrior Retreat, which featured eight internationally-known competitors. Olech is a certified Athletic Performance Inc. Caveman Training Instructor. As a freelance journalist, he covers fighting events in all fields of martial arts and boxing, and he's contributed to various MMA and boxing websites as well as print media.