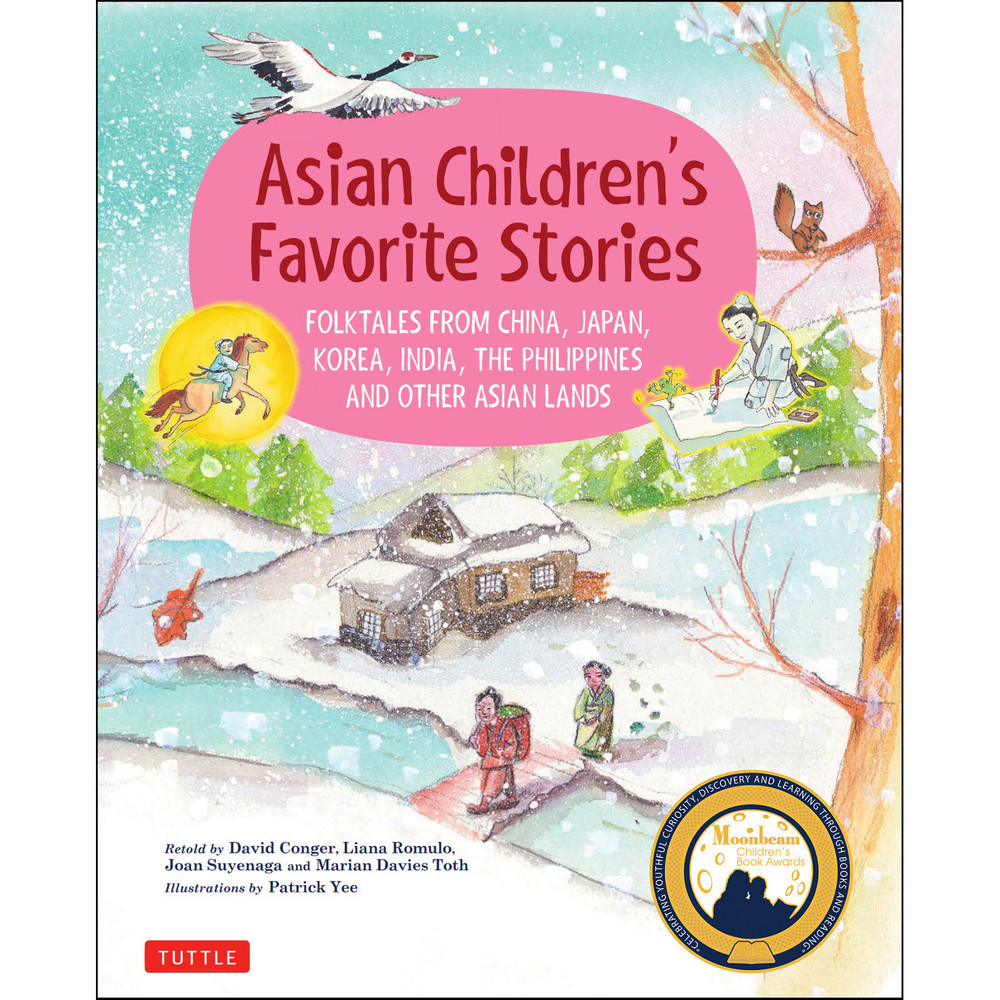 For thousands of years, children all over the world have listened to popular folktales. Each country has its own set of fascinating stories, and learning those from another part of the world is both entertaining and educational.

The classic stories in this book include:This multicultural children's book opens doors to other cultures and engages the imagination.


About the Author:
David Conger was born in Tacoma, Washington. He studied electrical engineering and Japanese at Brigham Young University. He first became interested in Asian history and folklore while living in Japan for two years.

Marian Davies Toth's work has achieved national recognition in the United States. She has an abiding fascination in folklore and during her stay in Thailand, she collected and compiled enchanting tales and legends of old Siam. While there, she taught creative writing at the International School in Bangkok.

Joan Suyenaga, born and raised in Hawaii, grew up with Japanese Children's Favorite Stories, the first title in this popular series, on her family bookshelf. She has been writing, translating and editing for the past twenty years in Indonesia. Her three children were the first to hear the stories featured in this volume.

Liana Romulo spends much of her free time traveling, scuba-diving, and hunting through new and unusual bookstores. A dedicated yoga practitioner, she lives mostly in the Philippines but has also lived in Thailand, Belgium, and the United States. Having grown up in different parts of the world, she knows how important it is to preserve her own heritage and share it with others throughout the world. Her first picture book, Filipino Children's Favorite Stories, was a national bestseller in the Philippines.

Artist Patrick Yee holds a degree in Graphic Design, specializing in illustrations from Camberwell College of Arts, London Institute, and a Masters Degree from Brighton University. He has won the MacMillian Children's Picture Book Award (England) twice, and has illustrated more than 100 books. Yee is a part-time lecturer in LaSalle SIA, Nayang Academy Of Fine Arts, AWWA Special School and Frobel Academy.