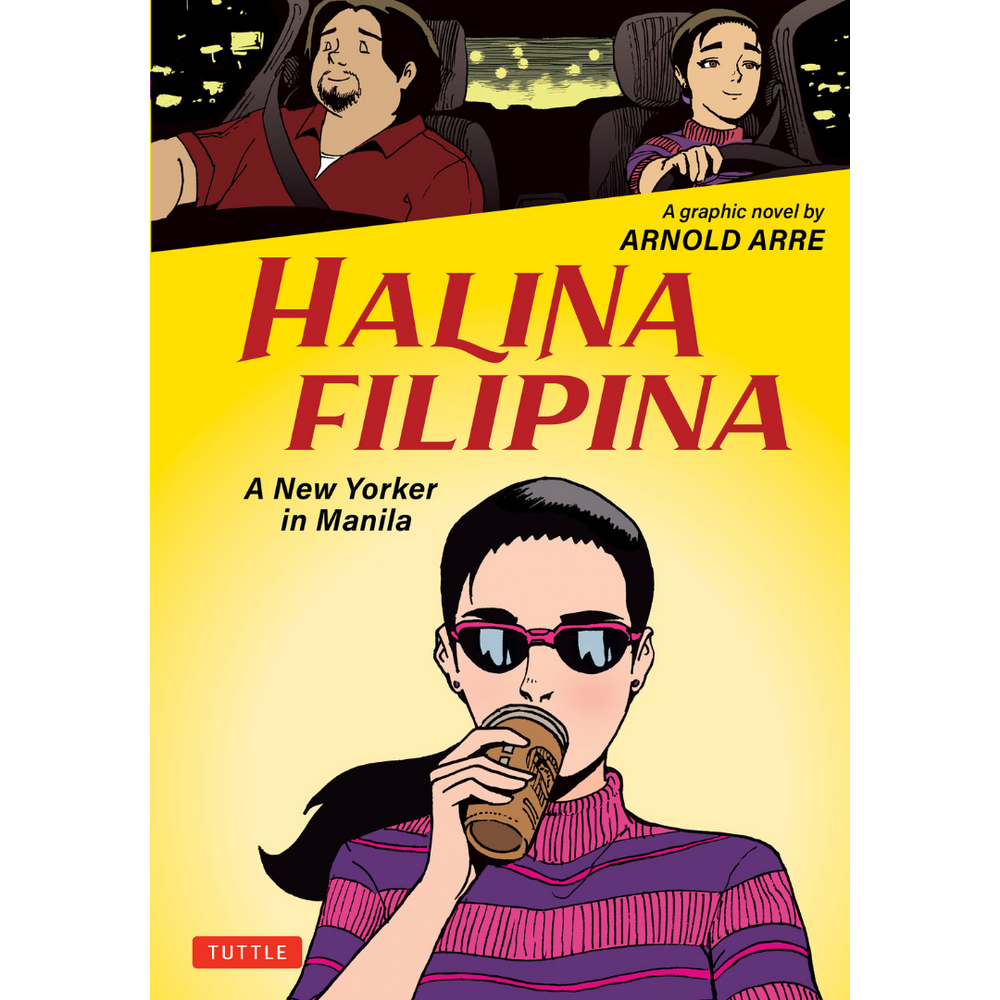 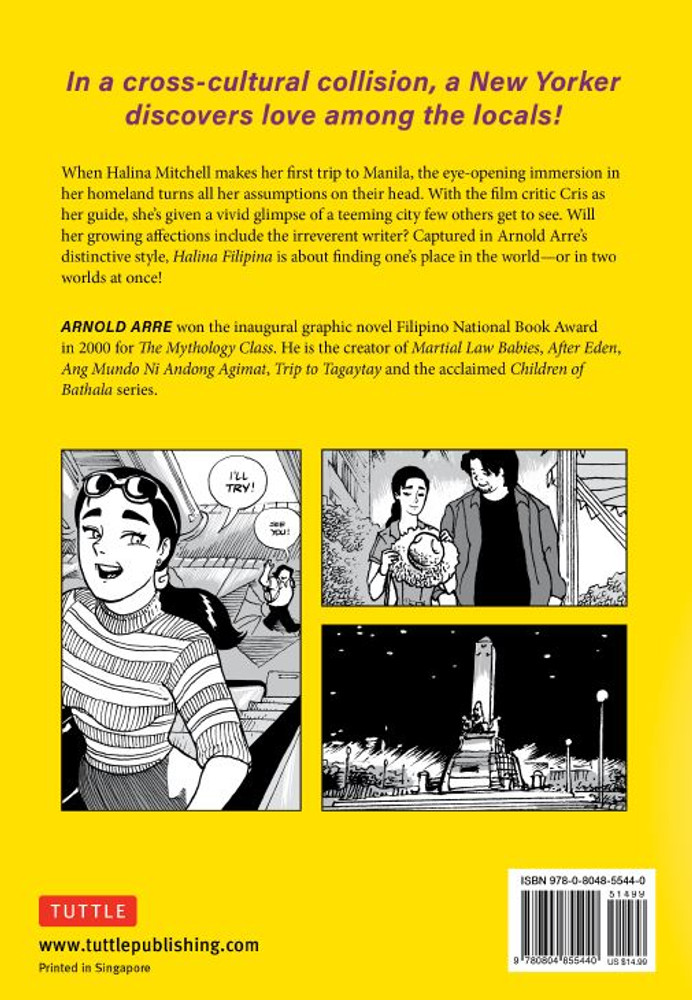 When two cultures collide, the results are explosive--a graphic novel rom-com like no other!

Halina Mitchell is half-Filipino, half-American. She's also a native New Yorker--sophisticated, beautiful and confident. On her first visit to the Philippines, she arrives in Manila to reconnect with relatives only to encounter a world of surprises that turn all her assumptions on their head. With the intrepid film critic Cris as her guide, she discovers a Manila that few others get to see!

Cris's wry takes on bad movies offer Halina a new lens on the modern world as he whisks her through his hometown at breakneck speed--including a crash course in Manila street life and the thrills and perils of midnight driving. In turn, Halina gives the struggling writer a newfound appreciation for his city.

Perfect for fans of "opposites attract" romances like Fangs and The Prince and the Dressmaker, this book offers a rom-com take on modern life and a touching story of friendship, love and crosscultural (mis)understanding from a renowned graphic novel pioneer.

Captured in Arre's distinctive style, Halina Filipina is about finding one's place in the world--or in two worlds at once!


About the Author:
Arnold Arre won the inaugural graphic novel Philippine National Book Award for The Mythology Class in 2000. He is the author and illustrator of many other popular works, including Martial Law Babies, After Eden, Ang Mundo ni Andong Agimat, Trip to Tagaytay and Children of Bathala.