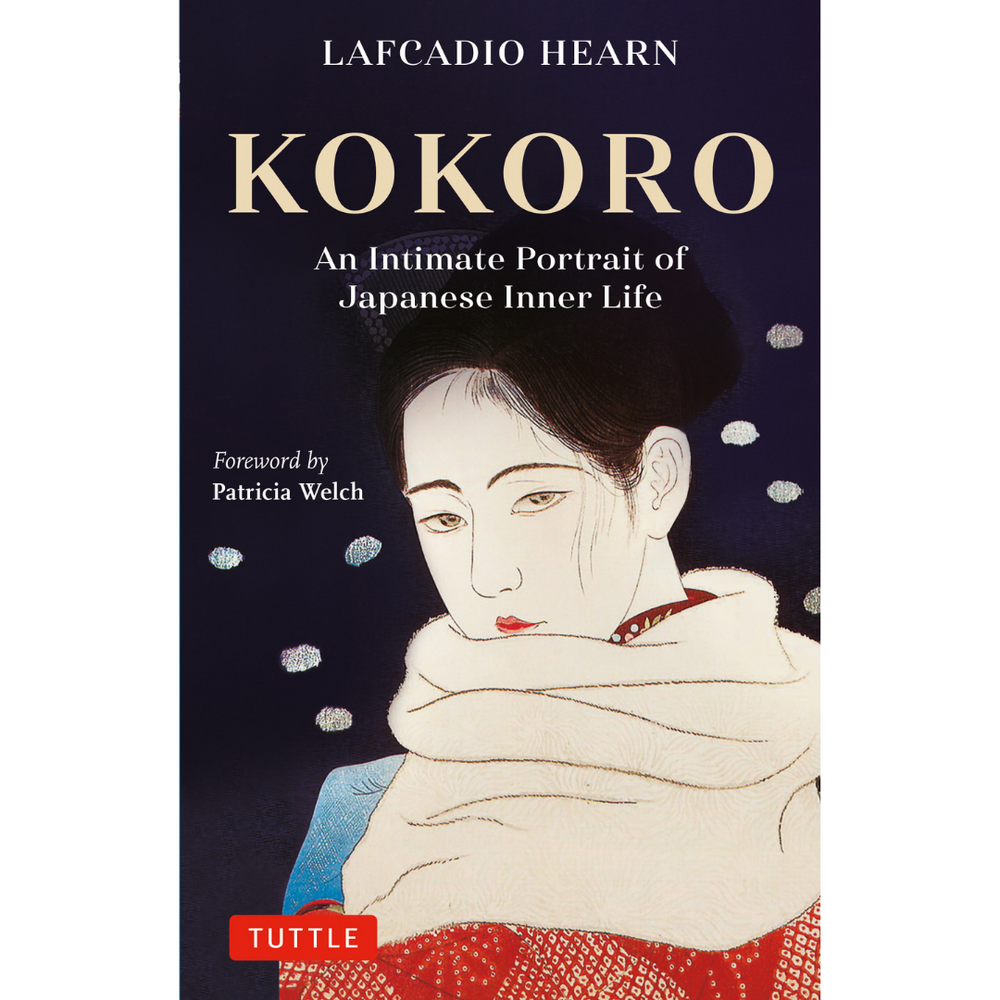 "The papers composing this volume treat of the inner rather than of the outer life of Japan, for which reason they have been grouped under the title Kokoro (heart). [This] word signifies also mind, in the emotional sense; spirit; courage; resolve; sentiment; affection; and inner meaning, just as we say in English, "the heart of things." --Lafcadio Hearn

As an interpreter of Japan for the West, Lafcadio Hearn has no peer. His books are still read with fascination by foreigners and Japanese alike--a tribute to his keen powers of observation and the vividness of his prose. Kokoro is Hearn's love letter to Japan--his exploration of the genius of Japanese civilization and the wonder he felt at encountering these islands and their inhabitants.

The 15 extraordinary stories in this book include:
Published six years after Hearn arrived in Japan, these stories focus on the inner spiritual life of the Japanese. Sometimes touching and always compelling, they are drawn from Hearn's own experiences, telling stories of the people and customs that still make Japan so unique.

Kokoro includes an informative foreword by Patricia Welch which highlights how, 125 years later, our understanding of Japan can still be deepened by Hearn's heartfelt prose.


About the Author:
Lafcadio Hearn was one of the earliest foreign writers to publish stories and essays about Japan in English. Arriving in 1890, he taught English literature and began publishing books on Japan in 1894, soon becoming known as the most perceptive interpreter of all things Japanese to the West. His books on Japan include Glimpses of Unfamiliar Japan, Kwaidan and In Ghostly Japan.