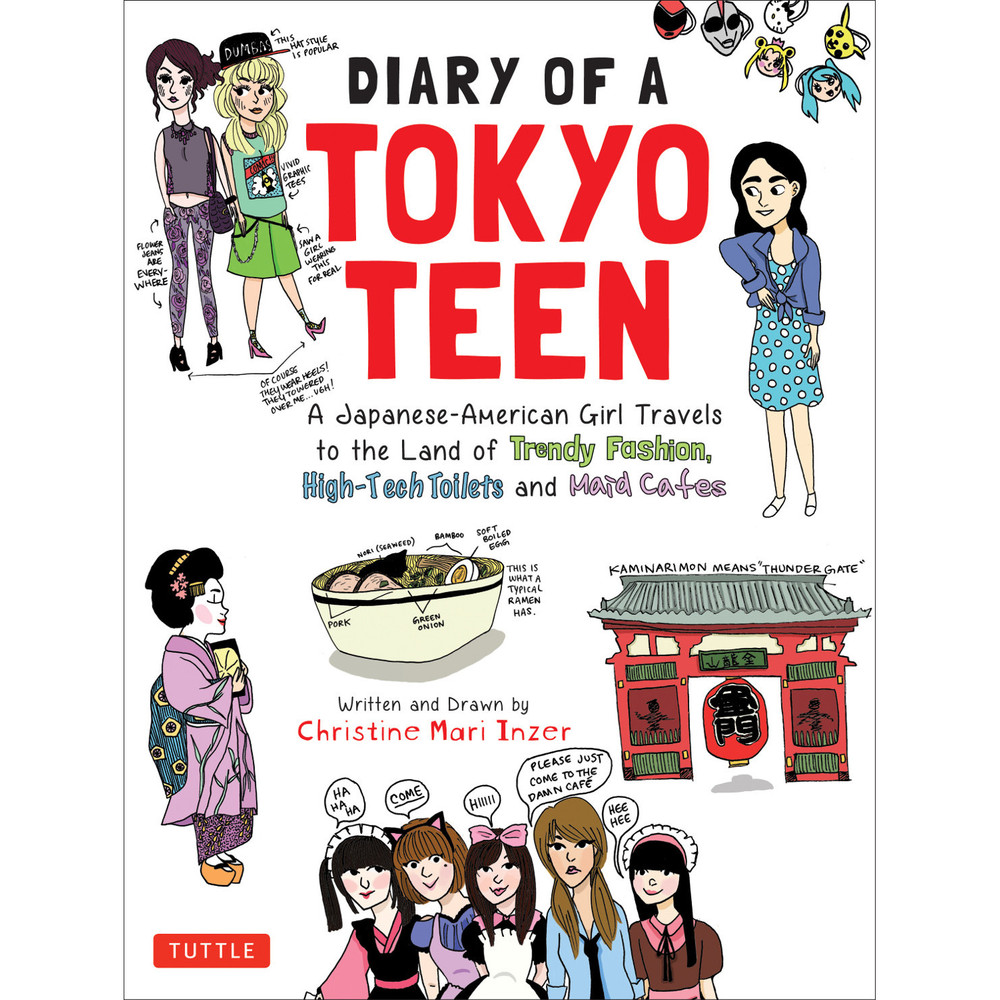 A book for comic lovers and Japanophiles of all ages, Diary of a Tokyo Teen presents a unique look at modern-day Japan through a young woman's eyes.

Born in Tokyo to a Japanese mother and an American father in 1997, Christine Mari Inzer spent her early years in Japan and relocated to the United States in 2003. The summer before she turned sixteen, she returned to Tokyo, making a solo journey to get reacquainted with her birthplace. Through illustrations, photos, and musings, Inzer documented her journey.

In Diary of a Tokyo Teen, Inzer explores the cutting-edge fashions of Tokyo's trendy Harajuku district, eats the best sushi of her life at the renowned Tsukiji fish market, and hunts down geisha in the ancient city of Kyoto. As she shares the trials and pleasures of travel from one end of a trip to the other, Inzer introduces the host of interesting characters she meets and offers a unique--and often hilarious--look at a fascinating country and an engaging tale of one girl rediscovering her roots.


About the Author:
Christine Mari Inzer was born in Tokyo in 1997 to a Japanese mother and an American father. She spent her early years in Japan and relocated to the United States in 2003. She is currently a college freshman.