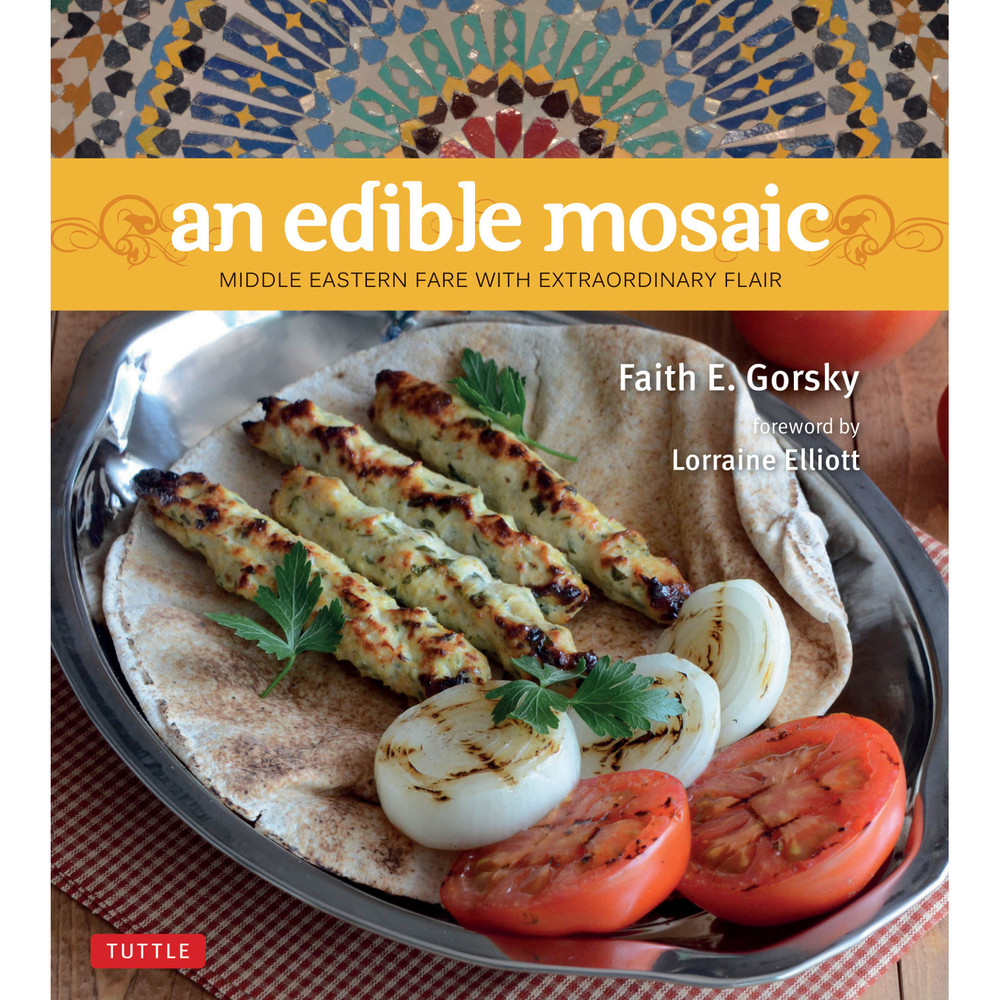 Create a culinary mosaic with this Middle Eastern cookbook!

When Faith Gorsky married her Syrian husband, she was introduced to a cultural and culinary world that would forever change how she experienced food and cooking. Gorsky's mother-in-law took her under her wing, and in 6 months gave her a thorough course in Middle Eastern cooking that became the basis for her popular website, An Edible Mosaic--and now this book. The growth and success of her website and her growing interest in dishes from the Middle East led to even more trips to the area, where she deepened her knowledge of the food and acquired more recipes to cook and share with her husband and the online community.

In this Syrian cookbook, Gorsky shares her favorite recipes from throughout the region: Her love for the cuisine of her husband's homeland comes across in her enthusiasm for putting together these Syrian recipes, and in the awareness that Middle Eastern cooking is more than just a means of sustenance--it lies at the epicenter of gatherings with family and friends.


About the Author:
Faith Gorsky fell in love with Middle Eastern cuisine when she spent six months living in Damascus. Her Syrian mother-in-law, who happens to be a master cook, was a willing teacher and patient guide. During the past six years, Faith has visited the Middle East four different times, each time expanding her passion and knowledge for both the cuisine and culture of the region. Combining her love for writing and cooking, Faith started her successful and wildly popular food blog, An Edible Mosaic (www.AnEdibleMosaic.com) and in two years has built a following of fans that love both her food and her writing. She cooks, writes and lives in Upstate New York.