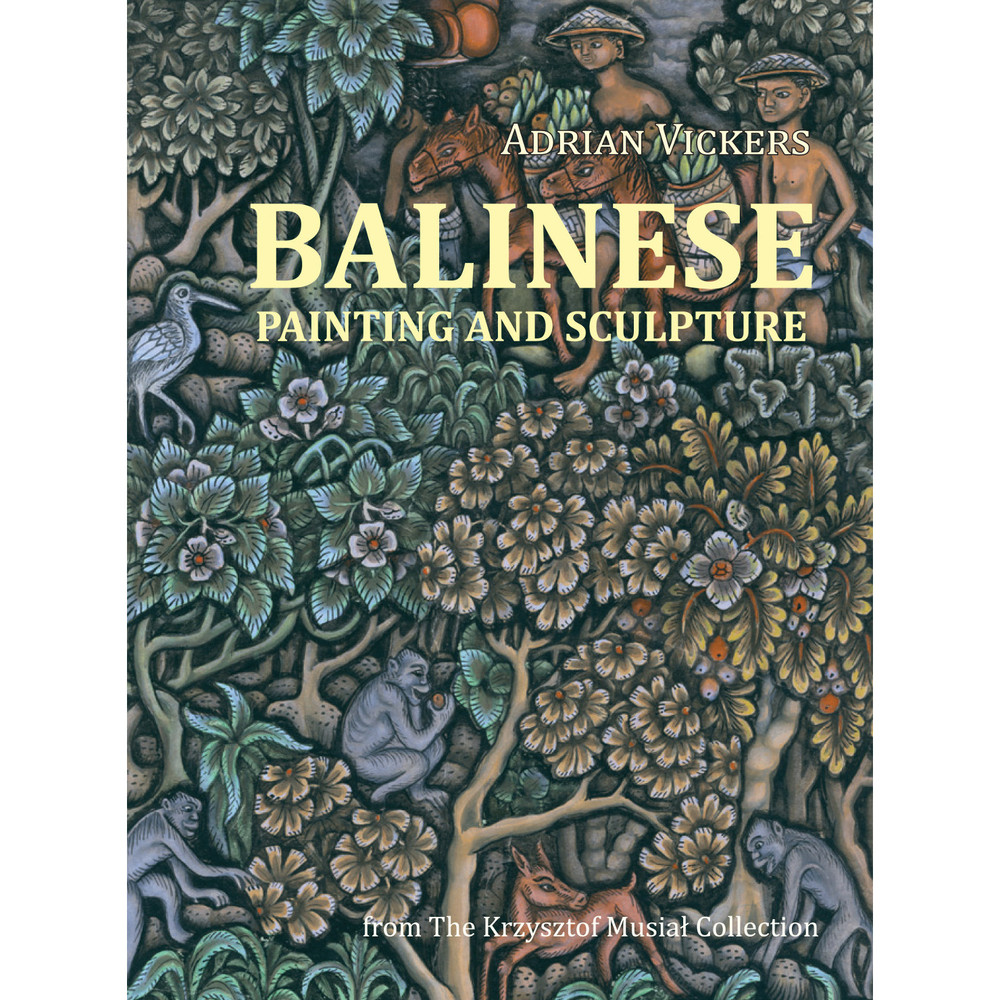 This beautifully photographed book of Balinese Painting and Sculpture is one of the most stunning collections of its type in the world.

Collections usually grow out of interests, ones that come to border on obsession. Collecting art from Bali often begins with a love of the island itself, but can take different directions depending on the experiences we have there. The Krzysztof Musial Collection is one clearly based on encounters with the island and its culture, and from that basis the collector has accumulated works that are both new and old, representative of the known history of Balinese art, but also of the most recent developments in the style of Bali.

The older styles of art were focused around areas of power, palaces and temples. Art was consumed by the competing Balinese kings, who strove to make their palaces the most beautiful and ornate on the island. Likewise these many kings, queens, lords and ladies dressed in the most lavish textiles, from imported Indian cloths to local home-spun products, many of which were woven in the palaces. Kings and priests were meant to be practiced in the arts themselves, and did their own carving and painting, but they also cultivated and supported great artists and craftsmen so that they would become their dependents. Most of the sculptors and painters were men, while women produced beautiful textiles and elaborate offerings. Since all Balinese communities are so closely tied to religious practice, temples are the focus of Balinese spiritual life, and the most important art should be there, for the gods to appreciate.


About the Author:
Adrian Vickers was born in Tasmania, New South Wales, in 1958 and moved to Sydney to undertake a degree at the University of Sydney, where he was awarded a BA (Hons) in 1980 and a PhD in 1987. His PhD thesis, undertaken in the Indonesian and Malayan Studies Department, involved extensive research in Bali, Jakarta, the Netherlands and the USA. Vickers has taught Indonesian history, language and culture at the University of Sydney and for the Workers' Education Association, and written many articles on Balinese art, literature and history. He is Professor of Southeast Asian Studies, University of Sydney.