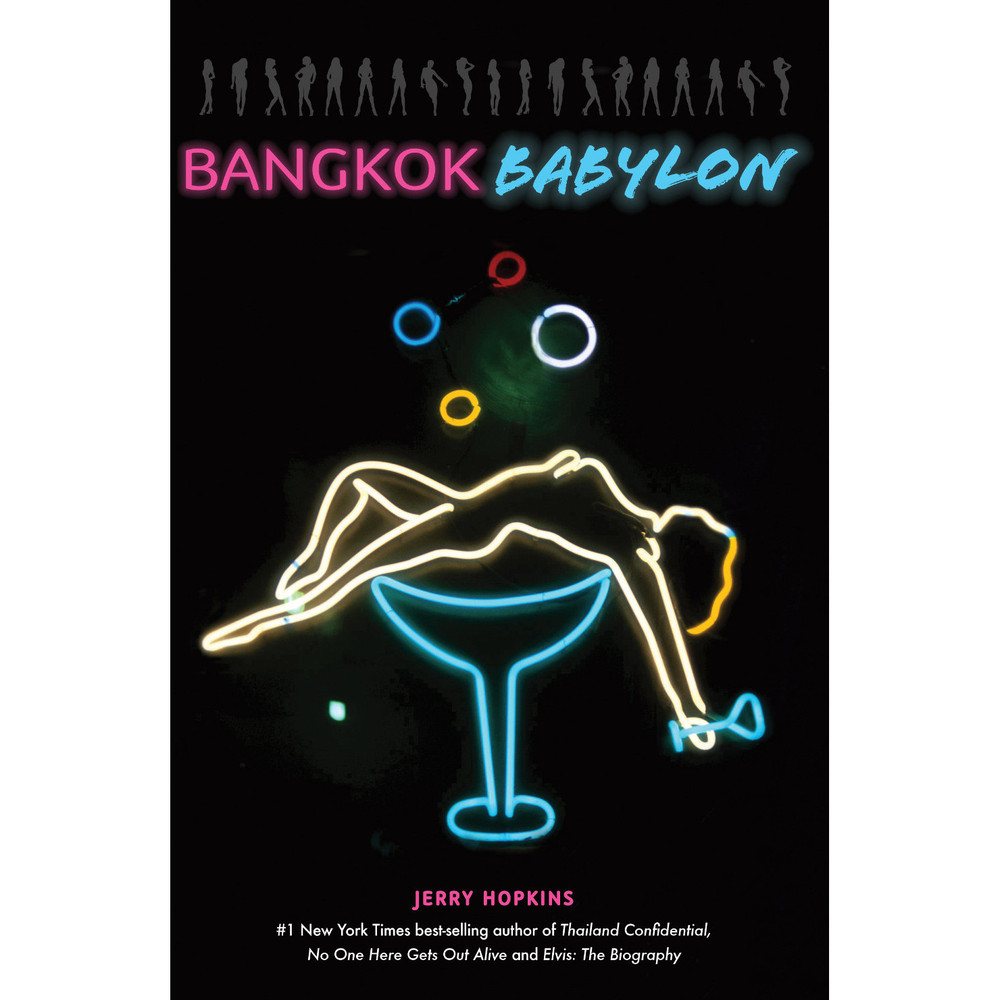 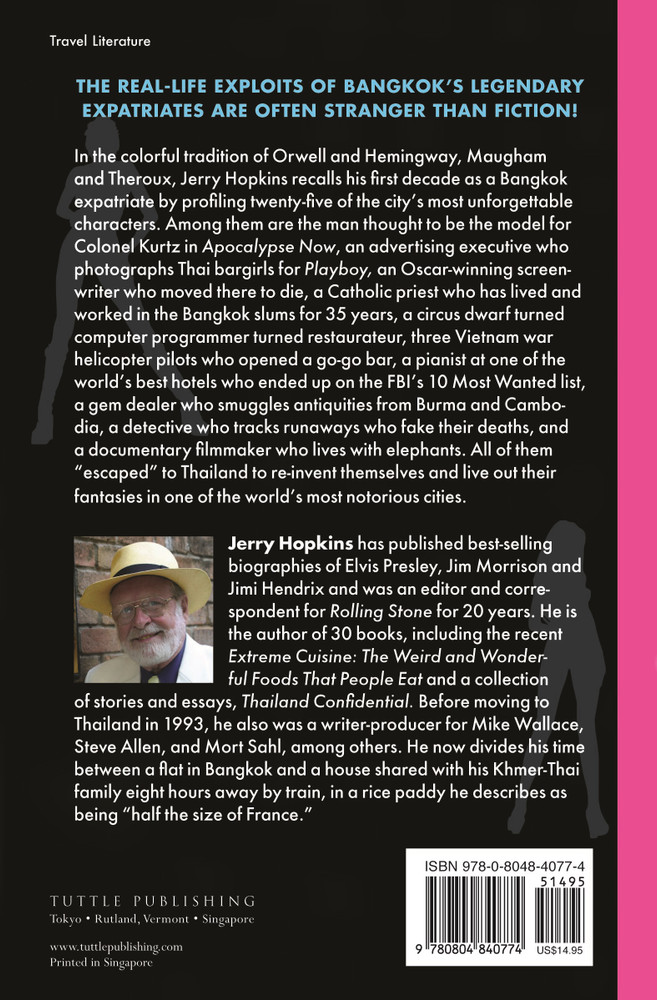 In the colorful tradition of Orwell and Hemingway, Jerry Hopkins recalls his first decade as a Bangkok expatriate by profiling twenty-five of the city's most unforgettable characters.

In 25 vivid profiles, Hopkins explores what motivates people to leave home and the unforeseen adventures that can befall them once abroad. Hopkin's knack for the biography is evident in his coverage of individuals ranging from famous performers to ordinary businesspeople.

The 25 true stories include the lives of:
--An American soldier who allegedly was the model for Colonel Kurtz in Apocalypse Now. --An acclaimed screenwriter who moves to the city of Bangkok to die. --A Catholic priest who founded Mercy Centre in one of the city's harshest slums. -- A circus clown turned computer programmer turned restaurateur.-- A documentary filmmaker living with elephants.
All of these individuals "escaped" to Thailand to re-invent themselves and live out their fantasies in one of the world's most notorious cities. Bangkok Babylon shares their exciting true stories, many of which are stranger than fiction.


About the Author:
Jerry Hopkins has published best-selling biographies of Elvis Presley, Jim Morrison and Jimi Hendrix and was an editor and correspondent for Rolling Stone for 20 years.