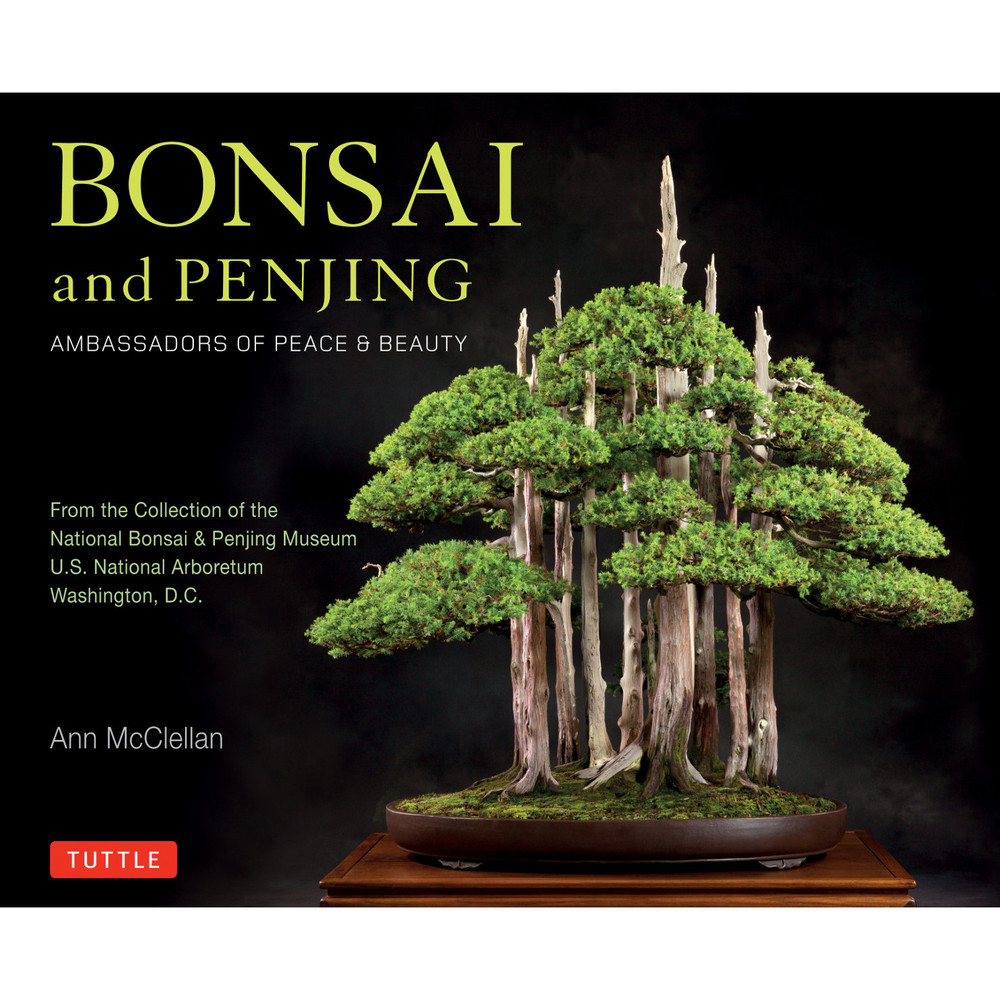 This book tells the remarkable stories of bonsai and penjing trees in the collection of the National Arboretum in Washington D.C.

It details their valuable role in international diplomacy and as instruments of American presidential influence. It also describes their inclusion in world's fair exhibitions, in Asian-inspired gardens around the country, and as a window onto the extensive cultivation of bonsai in North America today. A lengthy first-hand account by Dr. John L. Creech is included about the first extraordinary gift of 53 bonsai from Japan to the U.S. in 1976 which prompted the founding of the National Bonsai & Penjing Museum.

Bonsai & Penjing, Ambassadors of Beauty and Peace describes how Chinese penjing and North American bonsai were later added to the Museum, making its collection the most comprehensive in the world. Stories of individual trees and forest plantings are featured, as are the roles played by the skilled and talented creators of these living art forms--people such as John Naka, Saburo Kato, Yuji Yoshimura, Harry Hirao, and Dr. Yee-Sun Wu. Armchair travelers can experience what a visit to the Museum is like, including the discovery of its remarkable viewing stones.

Bonsai & Penjing, Ambassadors of Beauty and Peace will delight anyone intrigued by these living works of art and curious about the stories they bring to life.


About the Author:
Ann McClellan is delighted to add Bonsai & Penjing, Ambassadors of Beauty and Peace, From the Collection of the National Bonsai & Penjing Museum U.S. National Arboretum Washington, D.C. to her previously published books about the flowering cherry trees of Washington, D.C.: Cherry Blossoms and The Cherry Blossom Festival, Sakura Celebration. All three books reflect the lifelong love of trees that she developed while growing up in New Jersey on an arboretum-like campus laid out by Frederick Law Olmsted. Her professional career has included executive positions at nonprofit organizations, such as the Smithsonian Institution, World Wildlife Fund, and the American Association of Museums. She treasures the living collections of the National Museum of Bonsai & Penjing as profound expressions of the best that people together with nature can create.