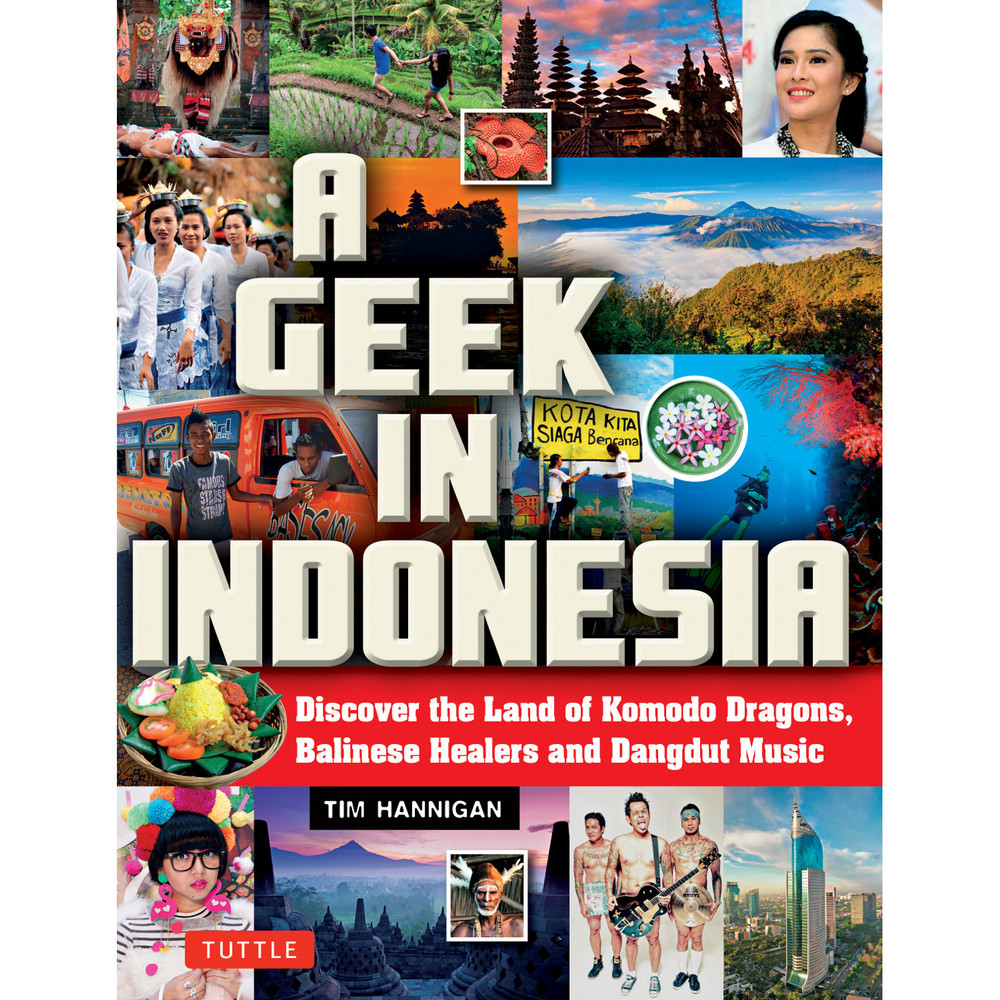 Hannigan leads readers on an eye-opening excursion around the archipelago, from the outer fringes where tribesmen still wear penis gourds and ritual battle gear to 21st-century cities filled with fashion bloggers, feminist activists, punk pioneers, and scandalous celebrities. He provides a quick introduction to Indonesian history, a rundown on traditional arts, insights on why Jakarta is the social media capital of the world, and tips on where to enjoy the region's thriving pop, jazz, and alternative music scenes. More than just an Indonesia travel guide, this volume is packed with lively articles on everything from office culture and the Indonesian blogosphere to dating rituals and TV soap operas.

Illustrated with hundreds of colorful images and loaded with the kind of insights that only an author with a lifelong passion for the country could provide, A Geek in Indonesia will enlighten and entertain Indonesian culture enthusiasts, backpackers, first-time visitors, newly-arrived expats, and longtime Indonesiaphiles alike.


About the Author:
Tim Hannigan's first book Murder in the Hindu Kush was shortlisted for the Boardman-Tasker Prize. His second book Raffles and the British Invasion of Java won the 2013 John Brooks Award. His features and travel articles appear regularly in newspapers and magazines in Indonesia and beyond. He has also authored A Brief History of Indonesia and edited A Brief History of Bali.