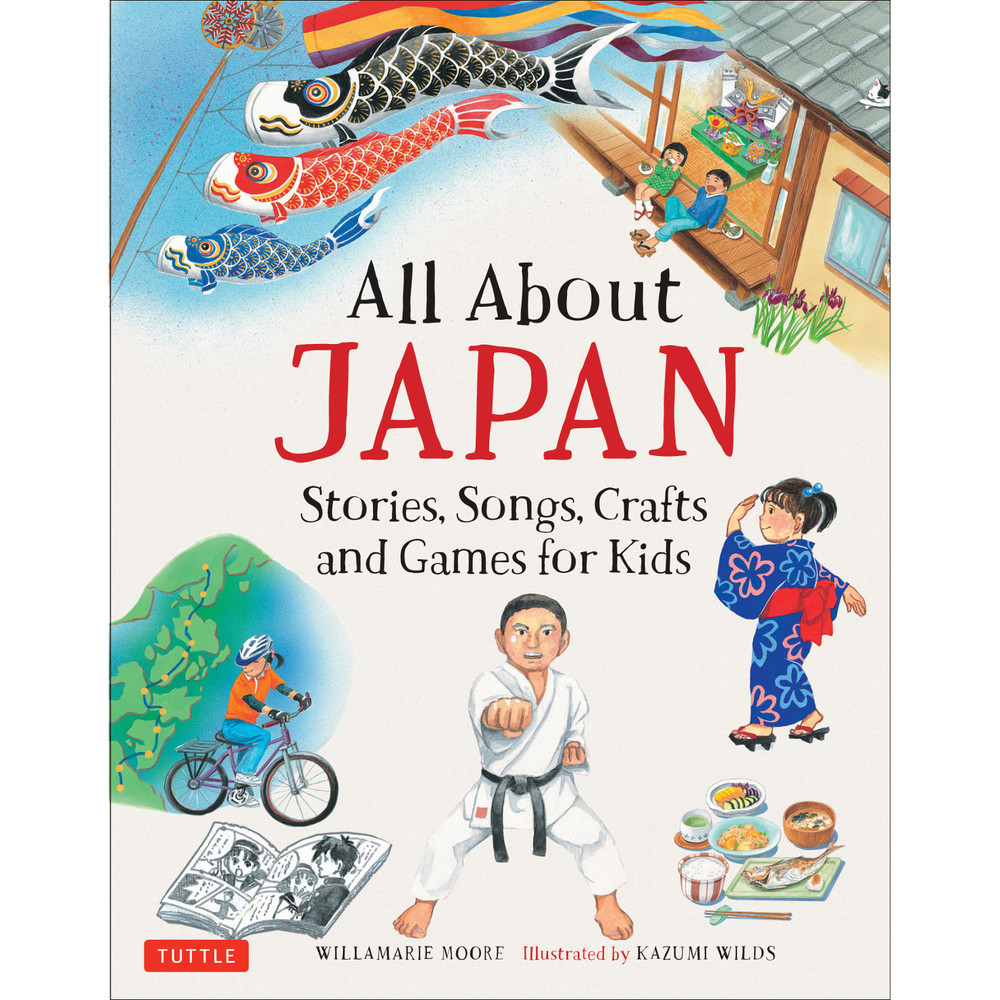 A cultural adventure for kids, All About Japan offers a journey to a new place--and ways to bring it to life! Dive into stories, play some games from Japan, and learn some Japanese songs.

Two friends, a boy from the country and a girl from the city, take us on a tour of their beloved land through their eyes. They introduce us to their homes, families, favorite places, school life, holidays and more!
Beyond the fun and fascinating facts, you'll also learn about the spirit that makes Japan one-of-a-kind. This is a multicultural children's book for families to treasure together.


About the Author:
Willamarie Moore is currently the Head of School Programs and Resources at the Museum of Fine Arts in Boston. She previously worked as the Manager of East Asian Programs at the Boston Children's Museum, where she was also the lead content developer for the award-winning exhibition Five Friends from Japan: Children in Japan Today. She has developed many educational materials about Japan, China and other countries. Willamarie lived, studied and worked in Japan for several years and returns as often as she can. She is the co-author of Japanese Traditions: Rice Cakes, Cherry Blossoms and Matsuri, A Year of Seasonal Japanese Festivities, also available from Tuttle.

Kazumi Wilds has illustrated several children's books, including The Wakame Gatherers and Hajime in the North Woods. Her bright, vivid paintings make Japan come alive. She was born in Tokyo and attended The Women's College of Art there, where she majored in Japanese painting. She later taught elementary school in Tokyo before studying at the University of Minnesota. After living in Minnesota and New Mexico for a few years, Kazumi moved back to Japan, where she now lives in a small Japanese village with her two sons, a dog, and some cats. There, in the mountains of Shimane prefecture, she paints and teaches elementary school. See her work at wildskazumi-picturebook.jimdo.com