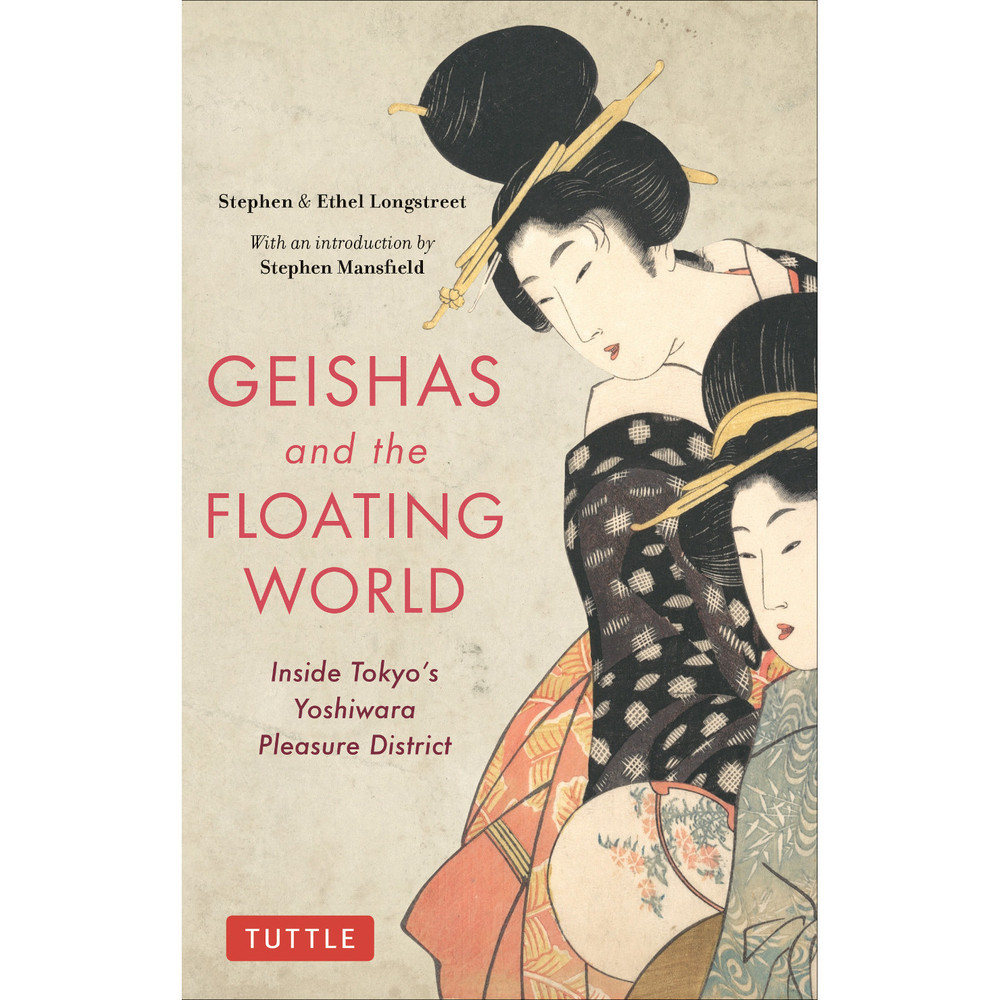 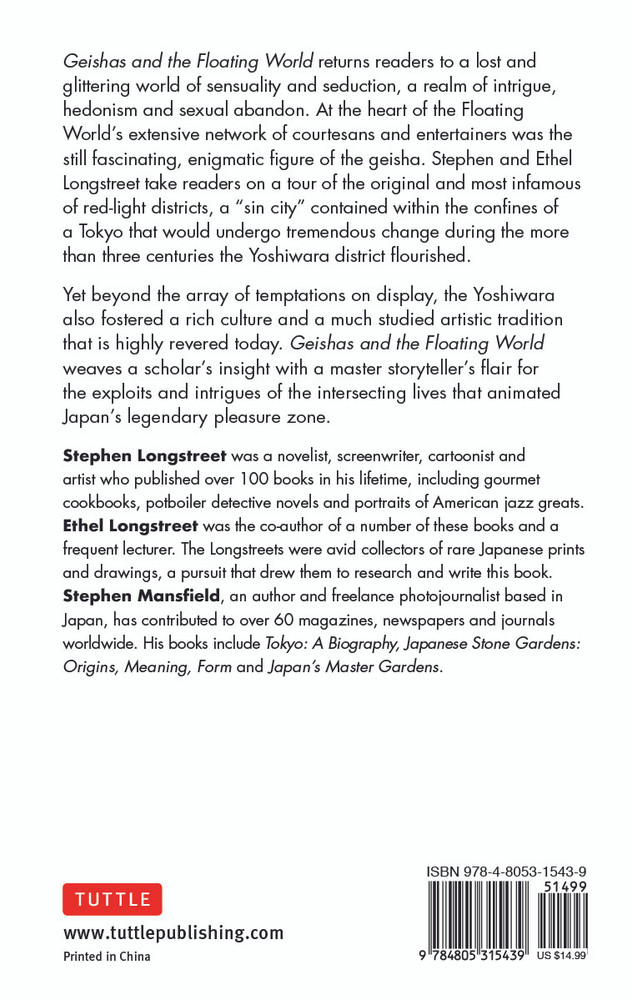 Geishas and the Floating World returns readers to a lost world of sensuality and seduction, rich with hedonism, abandon, and sexual and personal politics.

"Floating World" refers to Japan's traditional Geisha pleasure districts, but also to the artistic and literary worlds associated with them. At the heart of the "Floating World" and the system it supported was an extensive network of talented courtesans and entertainers, typified by the still fascinating, enigmatic Geisha. Stephen and Ethel Longstreet bring the reader on an in-depth tour of the original and most infamous red-light district in Japan--the Yoshiwara district of old Tokyo that underwent tremendous changes during the more than three centuries of its existence.

Geishas and the Floating World balances scholarly insights with a master storyteller's flair for the exploits and intrigues of people operating outside the confines of polite society. Stephen Mansfield's new introduction bridges time, examining gender realities and the Yoshiwara through contemporary eyes, highlighting often overlooked subtleties and the harsh realities associated with this glittering world.


About the Author:
Stephen Longstreet (1907-2002) was a prolific novelist, screenwriter, cartoonist and artist whose work ranged from gourmet cookbooks to potboiler detective novels to portraits of American jazz greats. He published over 100 books in his lifetime, including the novel The Sisters Liked Them Handsome which was turned into a successful Broadway musical. He also wrote screenplays that were made into films starring Hollywood greats from Ronald Reagan to Errol Flynn.

Ethel Longstreet (1909-1999) was the co-author of a number of these books and a frequent lecturer. The Longstreets were avid collectors of rare Japanese prints and drawings, a pursuit that drew them to research and write this book.

Introduction By:
Stephen Mansfield, an author and freelance photojournalist based in Japan, has contributed to over 60 magazines, newspapers and journals worldwide. His books include Tokyo: A Cultural and Literary History, Japanese Stone Gardens: Origins, Meaning, Form and Japan's Master Gardens.