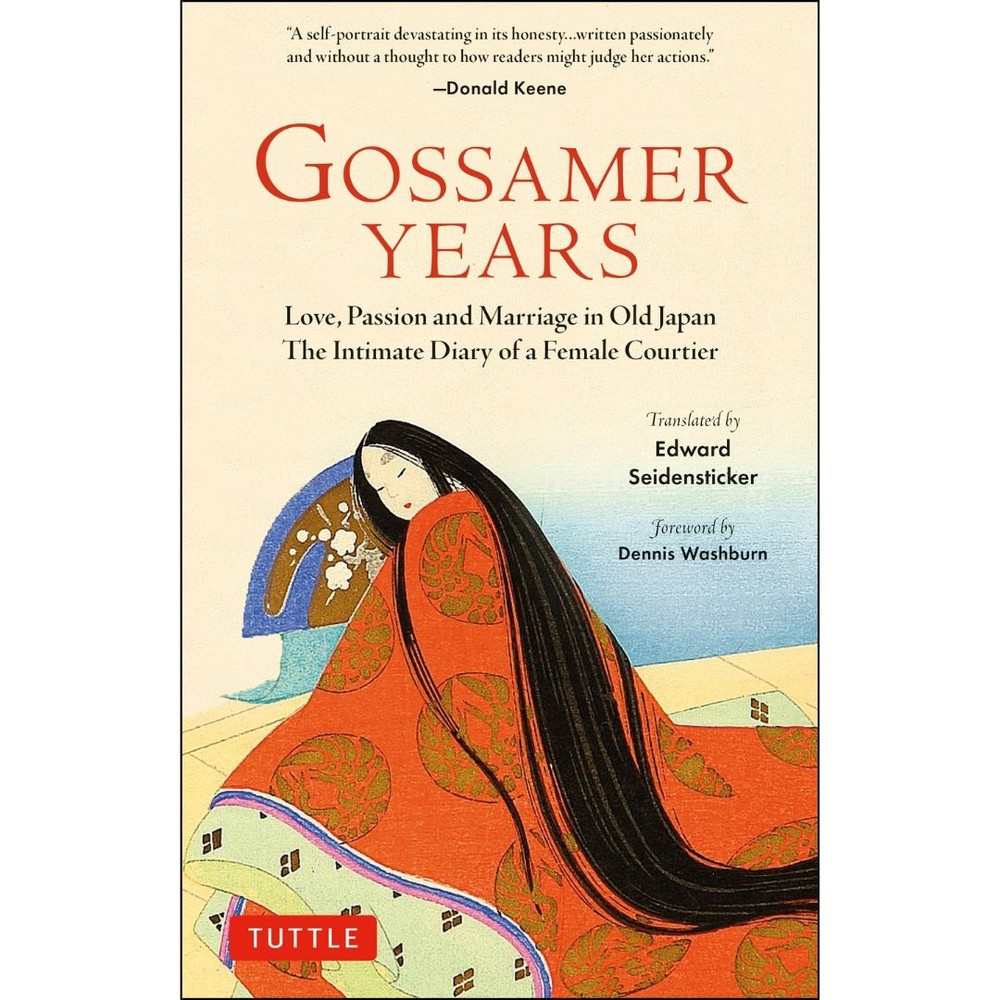 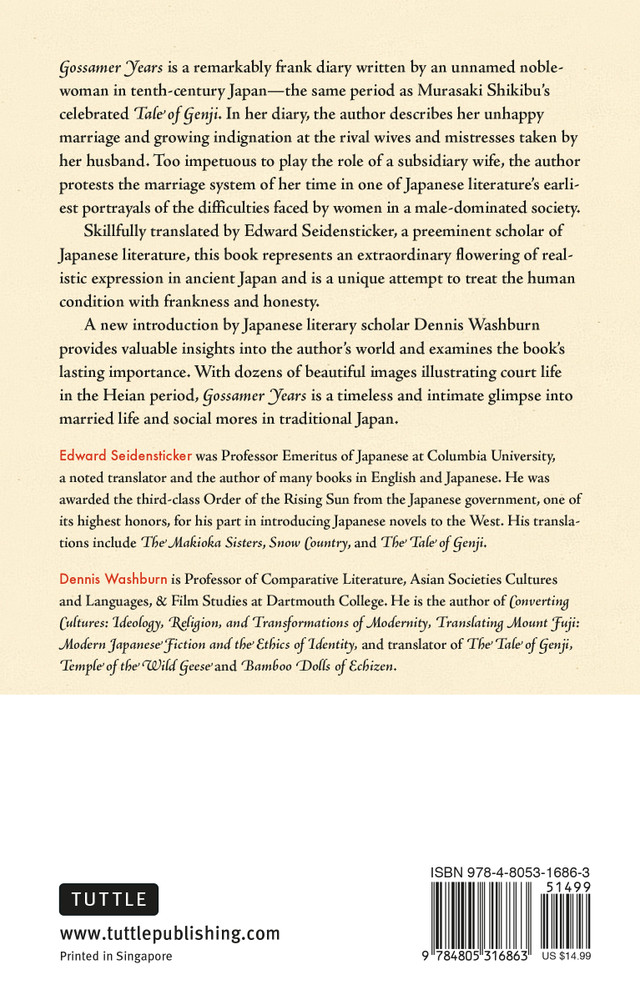 "A self-portrait devastating in its honesty…written passionately and without a thought to how readers might judge her actions."--Donald Keene

Gossamer Years is a remarkably frank diary written by an unnamed noblewoman in Tenth-century Japan--the same period as Murasaki Shikibu's celebrated Tale of Genji. In her diary, the author describes her tempestuous and unhappy marriage and growing indignation at the many rival wives and mistresses taken by her husband, as was commonplace at the time. Too impetuous to play the role of a subsidiary wife, the author protests the marriage system in one of Japanese literature's earliest portrayals of the difficulties faced by women in a male-dominated society.

Skillfully translated by Edward Seidensticker, a preeminent scholar of Japanese literature, this book represents an extraordinary flowering of realistic expression in ancient Japan and an attempt, unique for its age, to treat the human condition with frankness and honesty.

A new introduction by Japanese literary scholar Dennis Washburn provides valuable insights into the author's world and examines the book's lasting importance. With dozens of beautiful images illustrating court life in the Heian period, Gossamer Years is a timeless and intimate glimpse into married life and social mores in traditional Japan.


About the Author:
Edward G. Seidensticker (1921-2007) was Professor Emeritus of Japanese at Columbia University, a noted translator and the author of several books in English and Japanese. He was a recipient of the third-class Order of the Rising Sun from the Japanese government, one of its highest honors, for his part in introducing Japanese novels to the West. His works include The Makioka Sisters, Snow Country, The Tale of Genji and Thousand Cranes.

Dennis Washburn is Professor of Comparative Literature, Asian Societies Cultures and Languages, & Film Studies at Dartmouth College. He is the author of Converting Cultures: Ideology, Religion, and Transformations of Modernity, Translating Mount Fuji: Modern Japanese Fiction and the Ethics of Identity, The Affect of Difference: Representations of Race in East Asian Empire and translator of The Tale of Genji, Temple of the Wild Geese and Bamboo Dolls of Echizen.