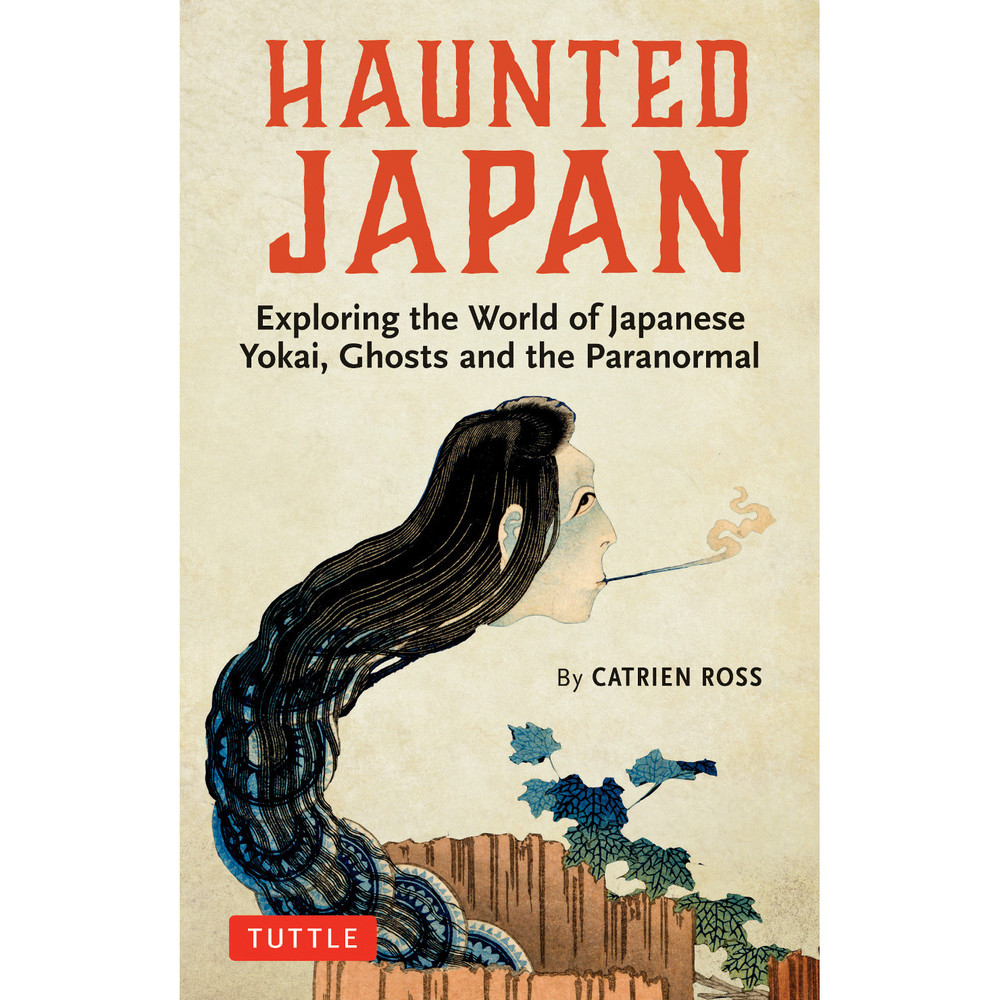 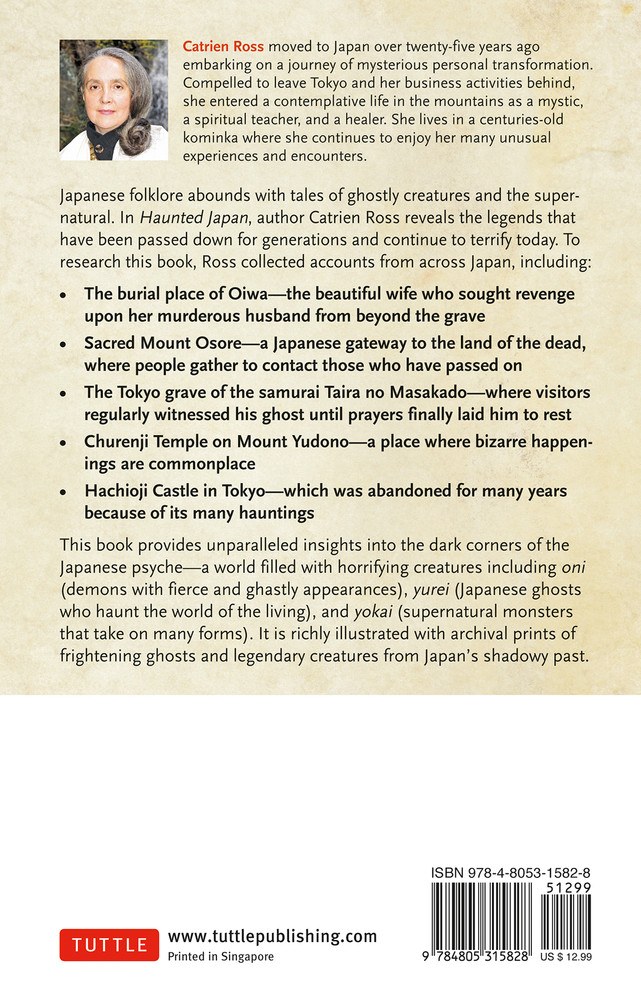 Japanese folklore is abundant with tales of ghostly creatures and the supernatural. In Haunted Japan, author Catrien Ross reveals the legends that have been passed down for generations and continue to terrify us today. To research this book on the country's ghosts, demons and paranormal phenomena, Ross collected accounts from across Japan including:
The result is an unparalleled insight into the dark corners of the Japanese psyche--a world filled with horrifying creatures including Oni (demons with fierce and ghastly appearances), Yurei (Japanese ghosts who inhabit the world of the living), and Yokai (supernatural monsters). The book also includes several traditional Japanese legends, concluding with two of the most famous ghost stories--that of the wronged wife Oiwa and the tale of the Peony Lantern.

This book is richly illustrated with 32 pages of full-color prints of frightening ghosts and legendary creatures from Japan's shadowy past. Haunted Japan is the ideal book for anyone interested in exploring the darker side of Japanese history.


About the Author:
From the moment she moved to Japan more than twenty-five years ago Catrien Ross time and again found herself drawn into hidden aspects of Japanese lore and culture. After her first book was published by Tuttle she moved deep into the mountains where, remaking her early Edo period kominka, she had many more strange encounters. This inspired her to establish Energy Doorways, her creative and spiritual center at the foot of Mount Fuji and the indie publisher of her new books in Japanese and English. Then, as her interest in timeless things and stories widened, she was accepted into the secretive world of Japanese antique dealers. The most mysterious phenomenon so far has been her experience of sudden genius - an abrupt onset of paintings and music which continues to erupt today. To learn more about Catrien's unusual life visit her personal website at www.catrienross.com

Foreword by:
Zack Davisson is an award-winning translator, writer, and folklorist. He is the author of books like Kaibyo: The Supernatural Cats of Japan, Yurei: The Japanese Ghost, and Yokai Stories, and the translator of books like Soseki Natsume's I Am a Cat and Shigeru Mizuki's multiple Eisner Award-winning Showa: a History of Japan. In addition, his comic work includes Demon Days: X-Men from Marvel, Wayward from Image, and The Art of Star Wars Visions from Dark Horse. He has lectured on manga, folklore, and translation at numerous colleges and contributed to exhibitions at numerous museums. He currently lives in Seattle, WA with his wife Miyuki, dog Mochi, cat Shere Khan, and several ghosts.