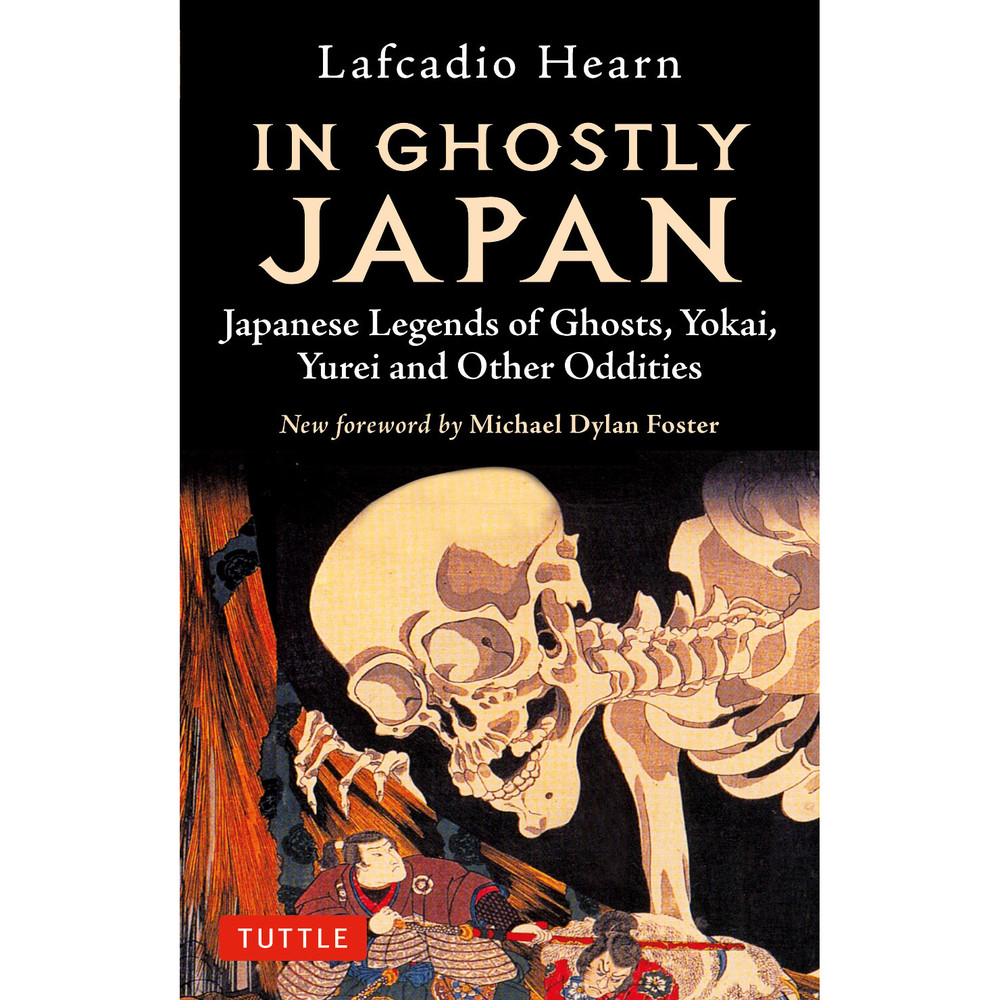 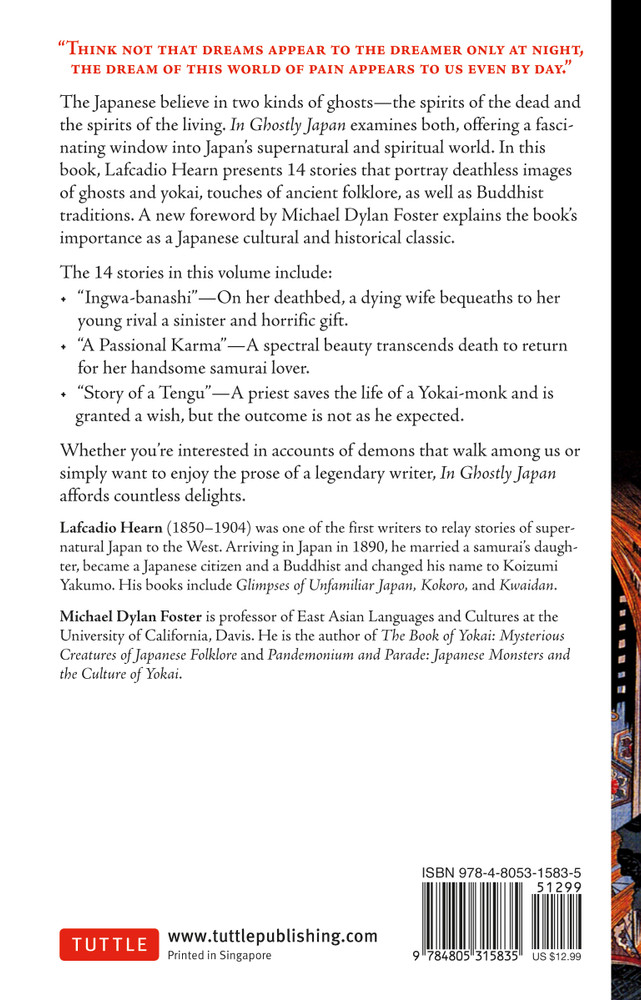 "Think not that dreams appear to the dreamer only at night, the dream of this world of pain appears to us even by day."

In this book, famed author Lafcadio Hearn presents 14 fascinating stories--including deathless ghosts and yokai, local folklore and haunted places, as well as Buddhist traditions. This edition includes a new foreword by Michael Dylan Foster which explains the book's importance as a Japanese cultural and literary classic.

The Japanese have two kinds of ghosts in their folklore--the spirits of the dead and the spirits of the living. In Ghostly Japan examines both and, in the process, offers a fascinating window into Japan's supernatural and spiritual world.

The 14 stories include:
While some stories contain spine-tingling imagery, others offer looks into Japan's rich culture and folklore. "Bits of Poetry" offers an engaging study on the nation's fascination with verse, "Japanese Buddhist Proverbs" explains the meaning of several traditional Zen Buddhist sayings and "Incense" examines its use in rituals to summon and banish spirits.

Whether you're interested in classic ghost stories, or simply want to enjoy the prose of a legendary writer, In Ghostly Japan affords countless delights.


About the Author:
Lafcadio Hearn (1850-1904) was the son of an Anglo-Irish father and a Greek mother. He was one of the earliest writers to relay stories of supernatural Japan to the West. He arrived in Japan in 1890 and fell in love with the country and its people. He married a samurai's daughter, became a Japanese citizen and a Buddhist and changed his name to Koizumi Yakumo. In 1896, he began teaching English literature at Tokyo Imperial University, and then at Waseda University, becoming the great interpreter of things Japanese to the West. His books on Japan include Glimpses of Unfamiliar Japan, Kokoro, A Japanese Miscellany, and Kwaidan.

Michael Dylan Foster is professor of East Asian Languages and Cultures at the University of California, Davis. He is the author of The Book of Yokai: Mysterious Creatures of Japanese Folklore (2015), Pandemonium and Parade: Japanese Monsters and the Culture of Yokai (2009) and numerous articles on Japanese folklore, literature and media.