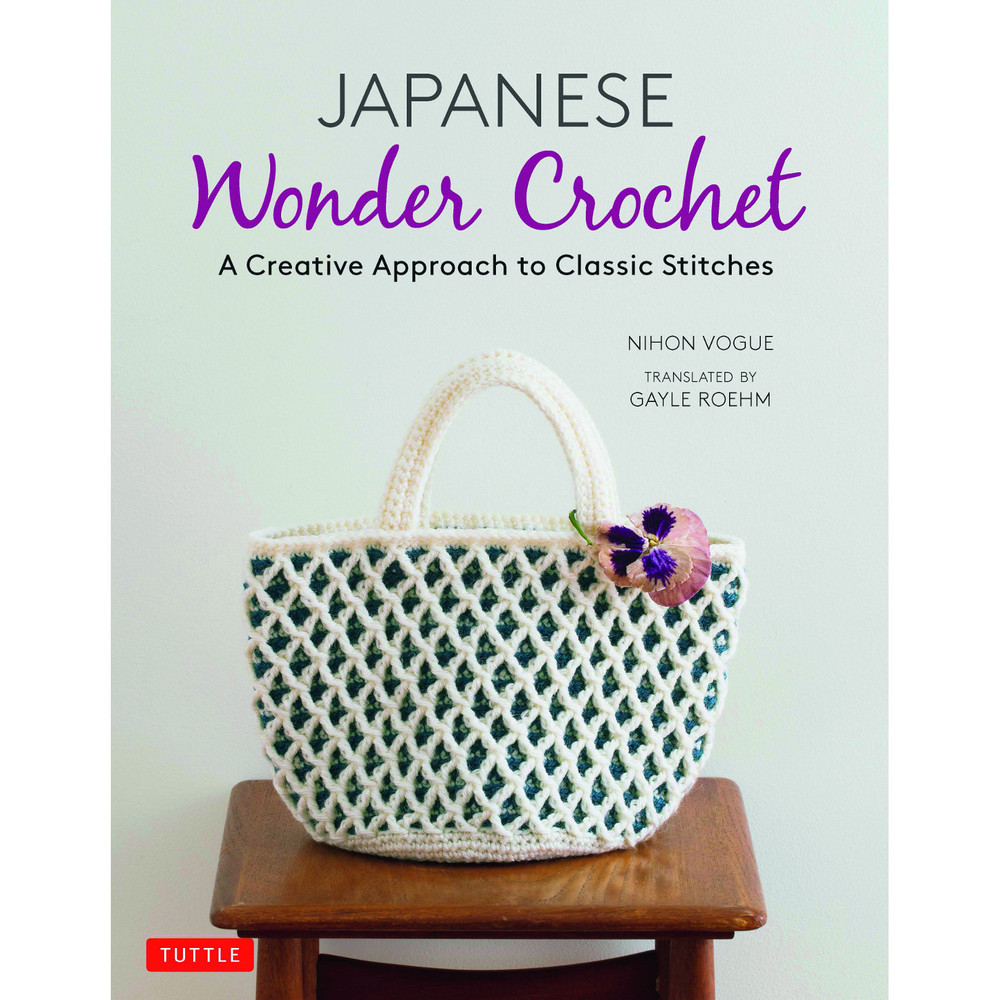 Like Japanese knitting before it, Japanese-style crochet is getting ready to sweep the globe!

Japanese Wonder Crochet is the first major Japanese crochet book to be translated into English. It introduces crafters outside Japan to the wonderful crochet techniques and charts that are so popular within the country.

The book shows a creative approach to classic crochet stitches such as Aran, herringbone, Bavarian, waffle, crocodile, reversible crochet, and many more. In Japan, crochet work is often added to knitted garments; while you may choose to incorporate these techniques into your own knitting projects, Japanese crochet is a great pleasure in and of itself.

In this book, a swatch pattern is provided for each stitch which helps crocheters practice the mechanics of the stitch before applying them to larger projects. The personal and home accessory projects included provide something for every level of time commitment--from potholders and cup cozies to tote bags and blankets.

25 exciting projects are included:
An extensive introduction by Japanese knitting and crochet expert Gayle Roehm explains the stitch charts as well as the differences and similarities between Japanese and Western styles of crochet. A guide to stitch symbols and extensive lessons provide visual guidance.

With Japanese Wonder Crochet and a little practice, crocheters and Japanese-style knitters can open up many new horizons using the wonderful patterns that so many Westerners have already fallen in love with.


About the Author:
Nihon Vogue is Japan's preeminent publisher of books on handicrafts, with a long history and hundreds of titles on knitting, sewing, quilting, embroidery, paper crafts, tole painting and more. Many of their books have been translated into English and other languages include works by Hitomi Shida, Keiko Okamoto, Reiko Washizawa, Shizuko Kuroha, Yoko Saito and other internationally recognized needlecraft designers.

Gayle Roehm lived in Japan and studied the language for many years, and has knit and crocheted from Japanese patterns for most of her career. Gayle teaches at gatherings around the United States and occasionally publishes her own designs. She is the translator of the bestselling Japanese Knitting Stitch Bible and 250 Japanese Knitting Stitches, both by Hitomi Shida.