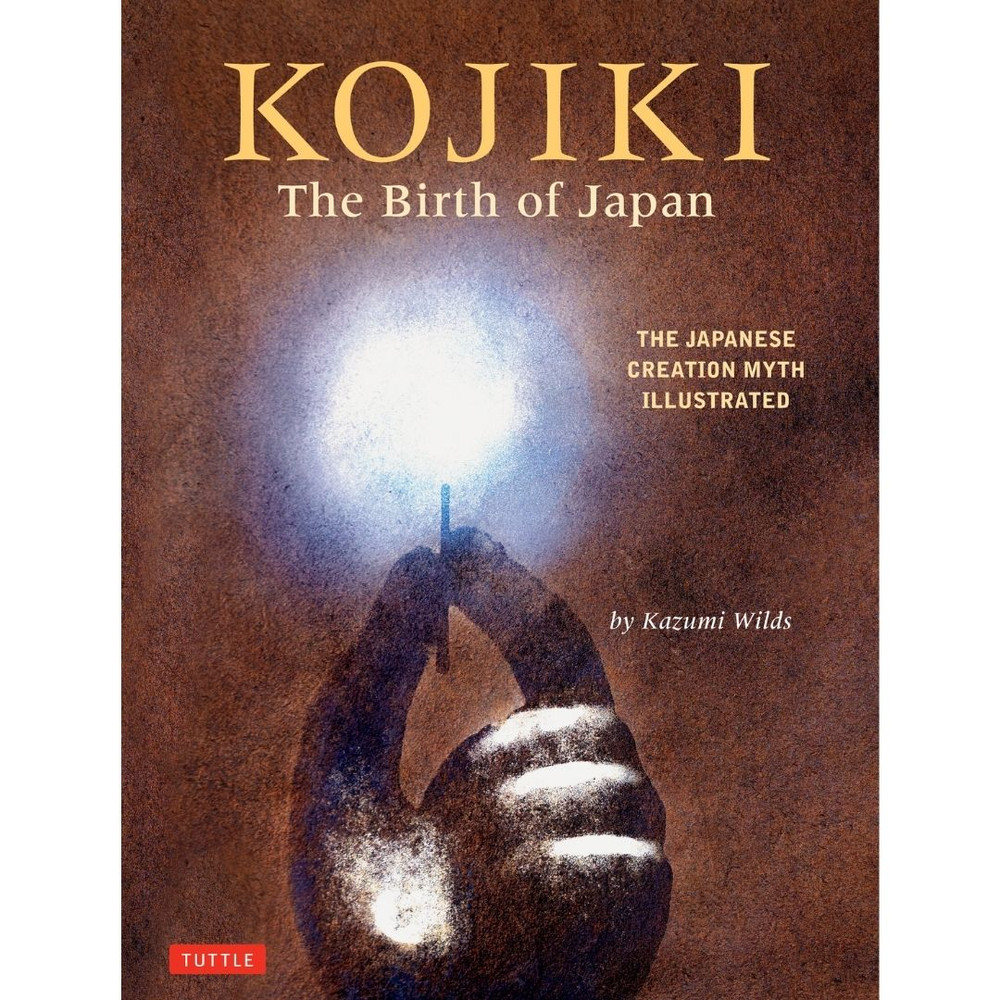 Take a step back in time to the origins of Japan's creation myth--told here for the very first time in illustrated form.

In the beginning there was nothing--a void. Then the heavens and the earth took shape, as the ancient gods of Japan breathed the first sparks of life into these islands. The 1300 year-old Kojiki myth traces the beginnings of the Japanese people, following the rise of the Japanese islands from their humble origins as a lump of clay to a great nation that would one day take its rightful place among the leading nations of the world.

Like all creation myths from around the world, the Kojiki story occupies a treasured place in the nation's literature and collective imagination. Kazumi Wilds's striking illustrations capture the drama and intensity of a mythic tale where chaos and demons are unleashed and where darkness is slowly pushed back by the righteous, as good prevails over evil.

Kojiki: The Birth of Japan combines the raucous rhythms and startling imagery of today's best graphic novels with a retelling of a classic and timeless Japanese story. This book will be remembered and treasured for years to come by lovers of mythology, folklore and anyone interested in Japanese culture and history.


About the Author:
Kazumi Wilds is an illustrator and creator of art books who was born in Japan. Kojiki: The Birth of Japan is adapted from her thesis project as an M.F.A. student at the University of Iowa, Center for the Book. She also holds a bachelor's degree from Joshibi University of Art and Design in Tokyo, where she majored in Japanese painting. She worked as a school teacher in Japan for many years before living in the United States, which included a stint running a gallery in Taos, New Mexico. She has illustrated over a dozen children's books, including All About Japan and The Peace Tree from Hiroshima--this is her first adult book. Wilds is currently teaching art courses at Temple University's Tokyo campus.