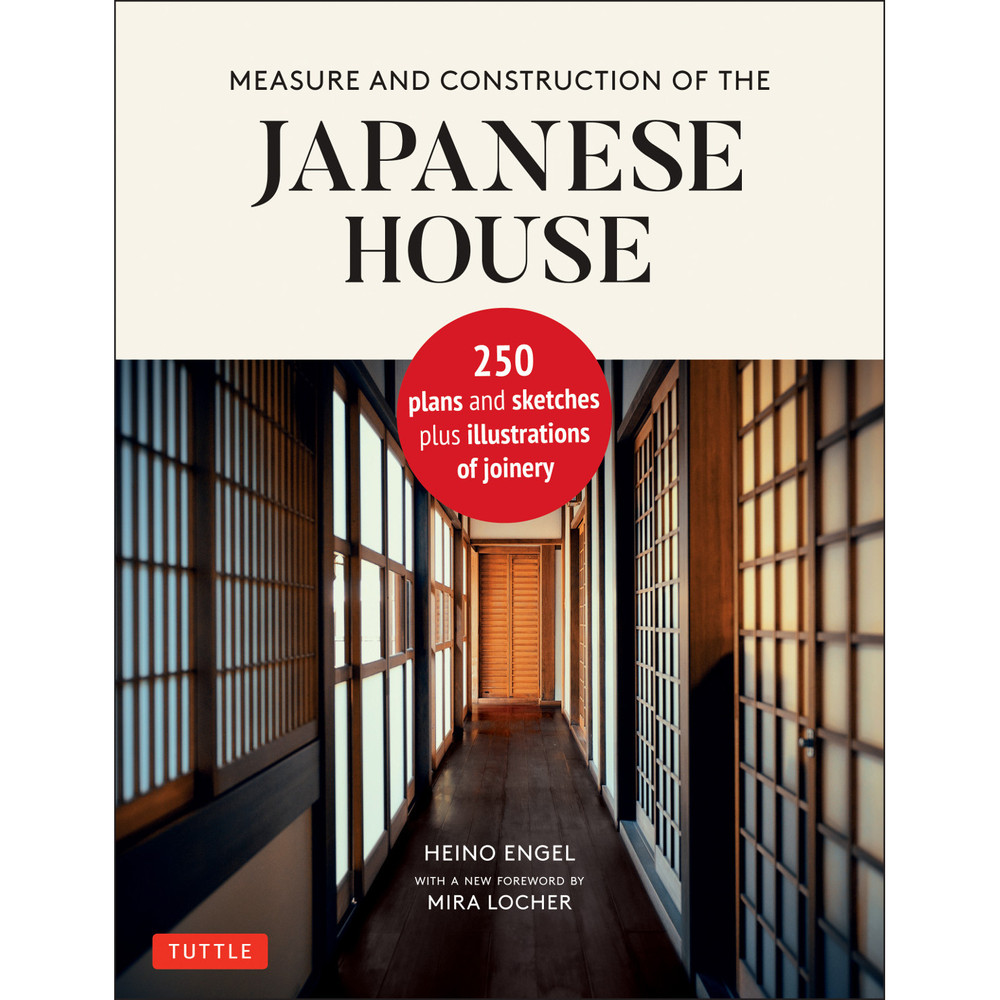 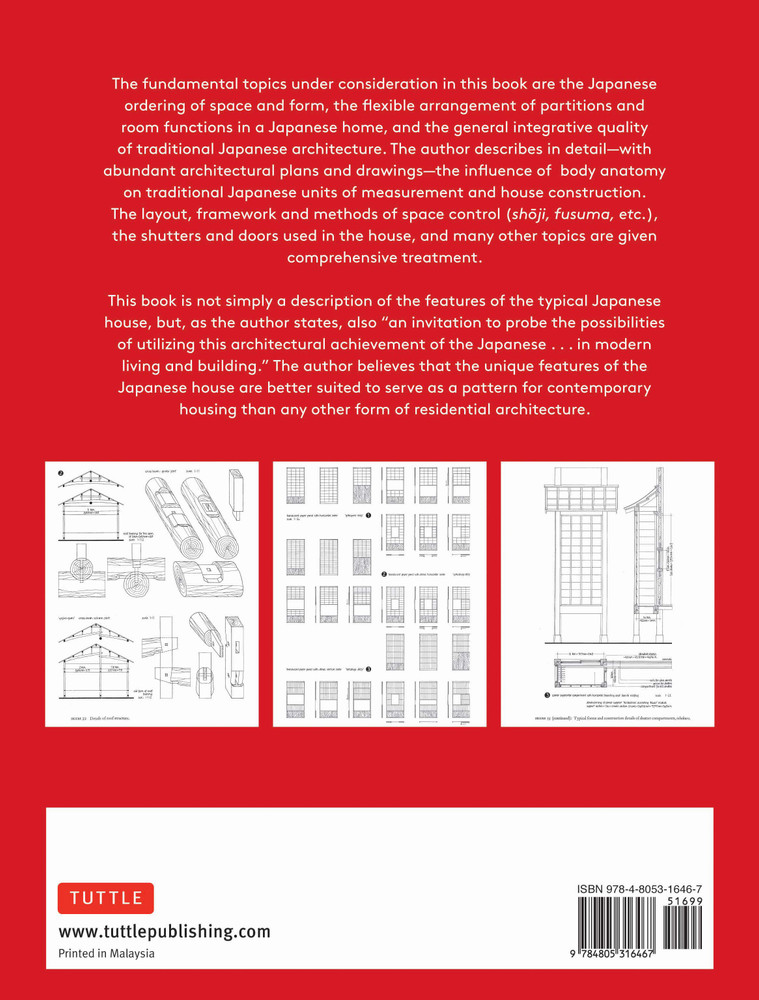 Measure and Construction of the Japanese House

A remarkable classic work on traditional Japanese architecture, and how the style and features can serve as a model for contemporary residential buildings.

With incredible detail (as well as numerous architectural plans and drawings), author and architect Heino Engel describes everything from room functions and the flexibility of partitions to the influence of human anatomy on Japanese units of measure. Rather than exploring why the traditional Japanese house is built the way it is, Engel delves into the practical information: what the Japanese house is and how it is built.

This book is not simply a description of the features of the Japanese house, but "an invitation to probe the possibilities of utilizing this architectural achievement of the Japanese…in modern living and building," according to the author, who further believes that the unique details of the Japanese house are better suited as a pattern for contemporary housing than any other form of residential structure.

With a new foreword by architect and professor Mira Locher, Fellow of the American Institute of Architects, this updated hardcover edition brings this popular work to modern readers—in hopes that they may find ideas to adopt into their own home.


About the Author:
Heino Engel studied architecture at Darmstadt Technical University in Germany following World War II. In 1952, then aged 27 and already chief architect in the office of Ernst Neufert, he left the country to gain new experience and perspective abroad. He traveled through Egypt and Arabia, spent more than a year in India, Burma, Malaysia, and Thailand, and arrived in Japan in the summer of 1953. There, in his own words, he "realized that the Japanese house is as invaluable an experience for the contemporary architect as are the ancient Acropolis of Athens in Greece and the modern high-rise office towers of the United States." Staying with a Japanese family in Otsu on Lake Biwa and earning his living teaching at Kyoto University, Engel remained in Japan for three years, studying the Japanese house, people, life, language, and culture, and also becoming a member of the Architectural Institute of Japan. In the fall of 1956 he took up a position as associate professor at the School of Architecture of the University of Minnesota. In 1964 the author returned to Germany, where he pursued his career as an architect and taught at the Offenbach Institute of Design.

Mira Locher is an architect and professor who works in the U.S. and Japan. She studied at Smith College before receiving her Master of Architecture degree from the University of Pennsylvania. After working for Team Zoo Atelier Mobile in Japan for seven years, she set up an architectural practice in the U.S. with Takayuki Murakami. Mira Locher is Dean of the Faculty of Architecture at the University of Manitoba (Canada). She is the author of Super Potato Design, Zen Gardens and Zen Garden Design.