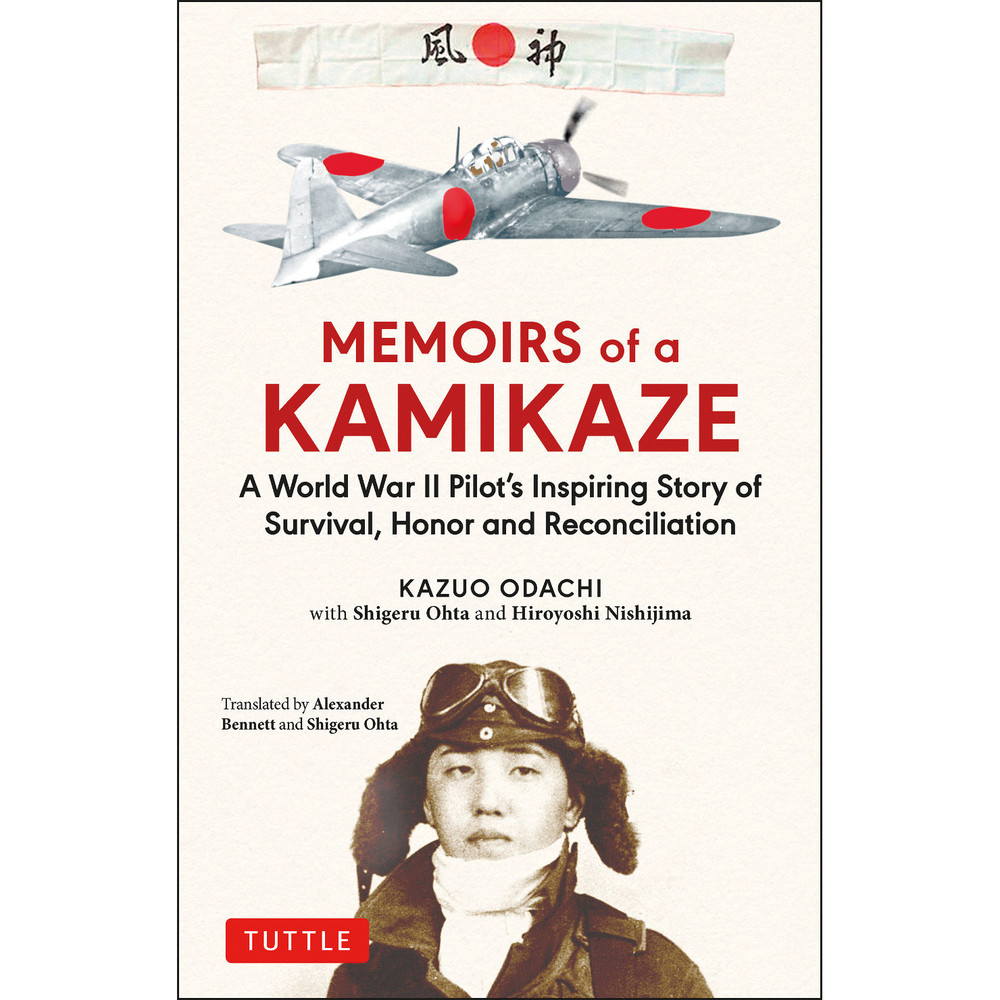 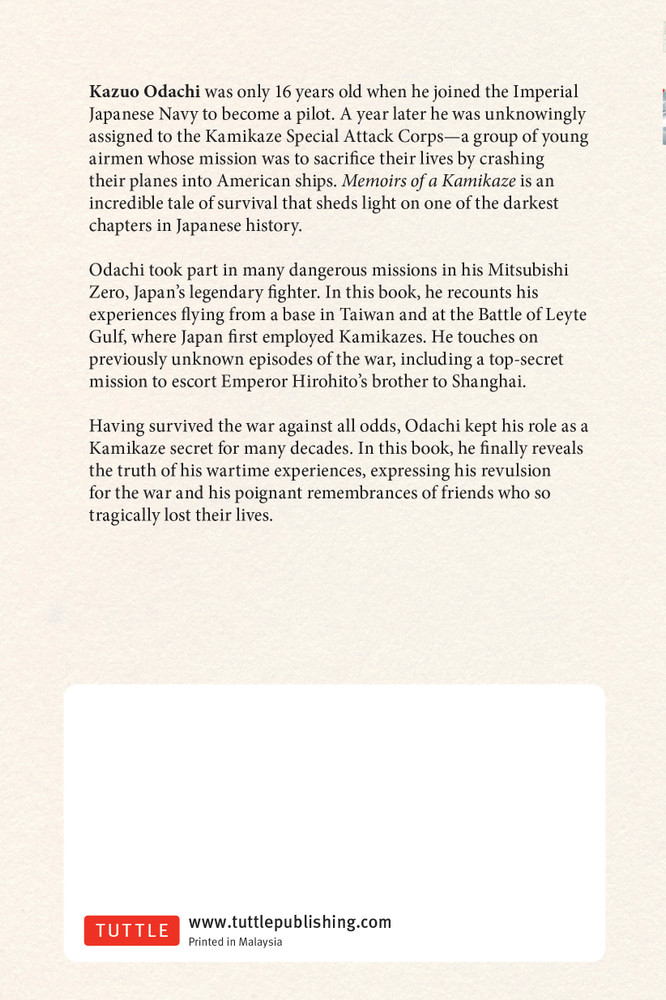 An incredible, untold story of survival and acceptance that sheds light on one of the darkest chapters in Japanese history.

This book tells the story of Kazuo Odachi who--in 1943, when he was just 16 years-old--joined the Imperial Japanese Navy to become a pilot. A year later, he was unknowingly assigned to the Kamikaze Special Attack Corps--a group of airmen whose mission was to sacrifice their lives by crashing planes into enemy ships. Their callsign was "ten dead, zero alive."

By picking up Memoirs of a Kamikaze, readers will experience the hardships of fighter pilot training--dipping and diving and watching as other trainees crash into nearby mountainsides. They'll witness the psychological trauma of coming to terms with death before each mission, and breathe a sigh of relief with Odachi when his last mission is cut short by Japan's eventual surrender. They'll feel the anger at a government and society that swept so much of the sacrifice under the rug in its desperation to rebuild.

Odachi's innate "samurai spirit" carried him through childhood, WWII and his eventual life as a kendo instructor, police officer and detective. His attention to detail, unwavering self-discipline and impenetrably strong mind were often the difference between life and death. Odachi, who is now well into his nineties, kept his Kamikaze past a secret for most of his life. Seven decades later, he agreed to sit for nearly seventy hours of interviews with the authors of this book--who know Odachi personally. He felt it was his responsibility to finally reveal the truth about the Kamikaze pilots: that they were unsuspecting teenagers and young men asked to do the bidding of superior officers who were never held to account.

This book offers a new perspective on these infamous suicide pilots. It is not a chronicle of war, nor is it a collection of research papers compiled by scholars. It is a transcript of Odachi's words.


About the Author:
Kazuo Odachi joined the Japanese navy during World War II at the age of 16, becoming a pilot in the Kamikaze Special Attack force. He completed 8 suicide missions without spotting a target. After surviving the war, he returned to Japan and became a police officer in the Tokyo Metropolitan Police Department, and then a detective retiring as a Director in the 3rd Investigation Division of the Criminal Affairs Bureau. Having possessed a passion for Kendo since he was a youth, he has taught the art to children for the last 33 years.

Author and Translator Shigeru Ohta, is a former prosecutor, having worked for 34 years at the Ministry of Justice in Tokyo, Osaka, and other cities. He taught law at Waseda University for 5 years and is currently a professor in the Department of Crisis Management at Nihon University.

Hiroyoshi Nishijima worked for the Yomiuri newspaper in Tokyo, retiring as Chief of the Editorial Bureau. He is currently a member of the Japan National Press Club and the Editorial Committee of the Shibat Ryotaro Memorial Foundation magazine Ryo.

Alexander Bennett is a professor of Japanese history, martial arts and Budo theory at Kansai University. He co-founded and publishes Kendo World, the first English-language journal dedicated to Kendo. He holds black belts in several martial arts. His published works include Japan: The Ultimate Samurai Guide, The Complete Musashi and Hagakure: The Secret Wisdom of the Samurai.