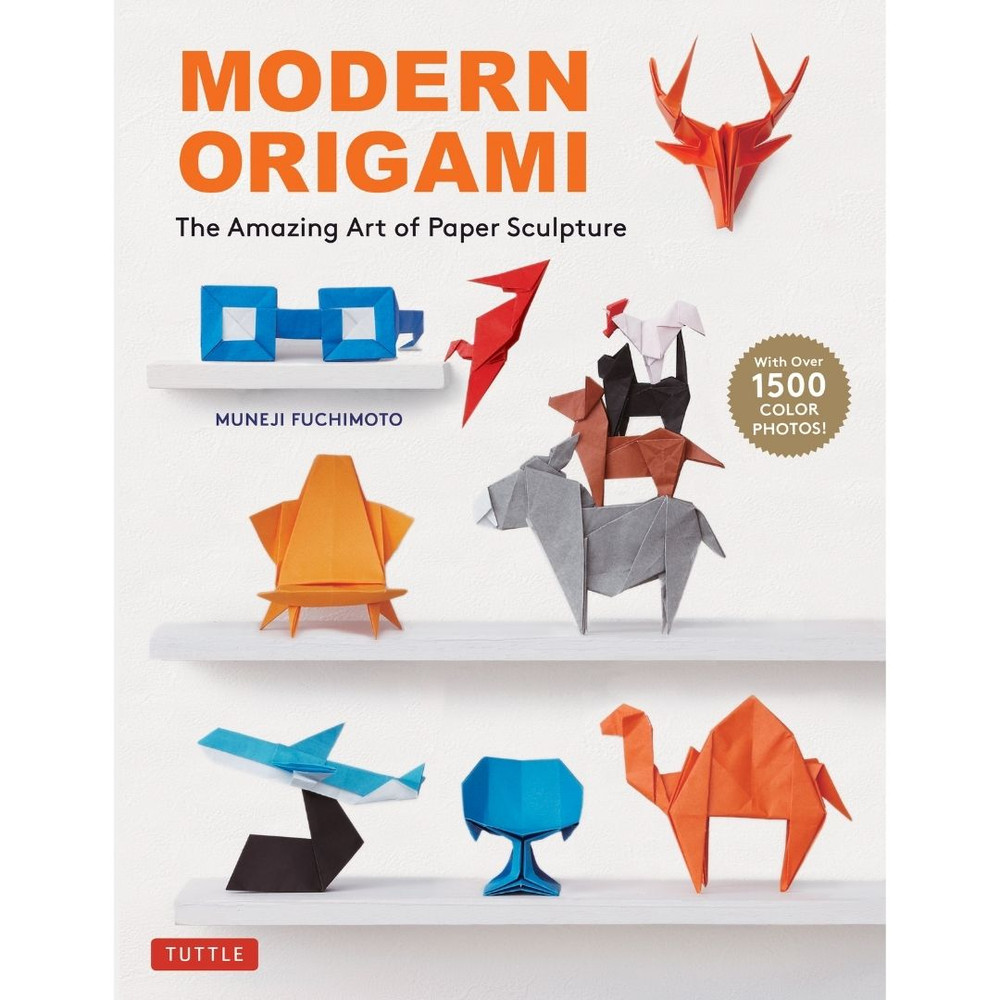 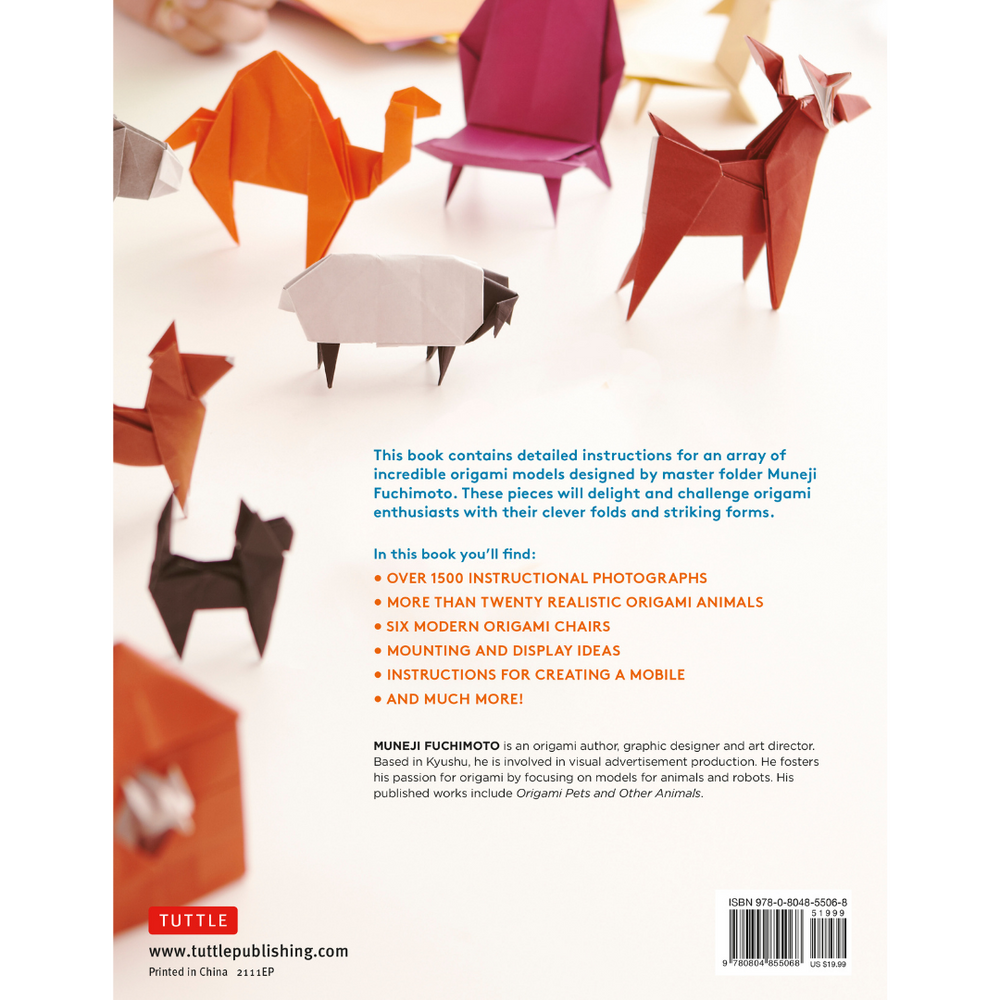 These pieces will delight and challenge origami enthusiasts with their clever folding patterns and striking realism. With a play on modern design and art, Fuchimoto's stunning models offer a clever way to show off your skills.

In this book you'll find:In addition to the easy-to-follow project instructions, this book features special sections with origami display idea and instructions for constructing an origami mobile.


About the Author:
Muneji Fuchimoto is a graphic designer and the art director and founder of SCOG Design Co., Ltd. in Japan. He is an origami designer, teacher and creator of the OriRobo origami robots series. He has written several books on the subject of origami animals and robots. His other Japanese books include Origami Racer, OriRobo Battle Royale and OriRobo Origami Soldiers. He is also the author of Tuttle Publishing's Origami Pets and Other Animals.