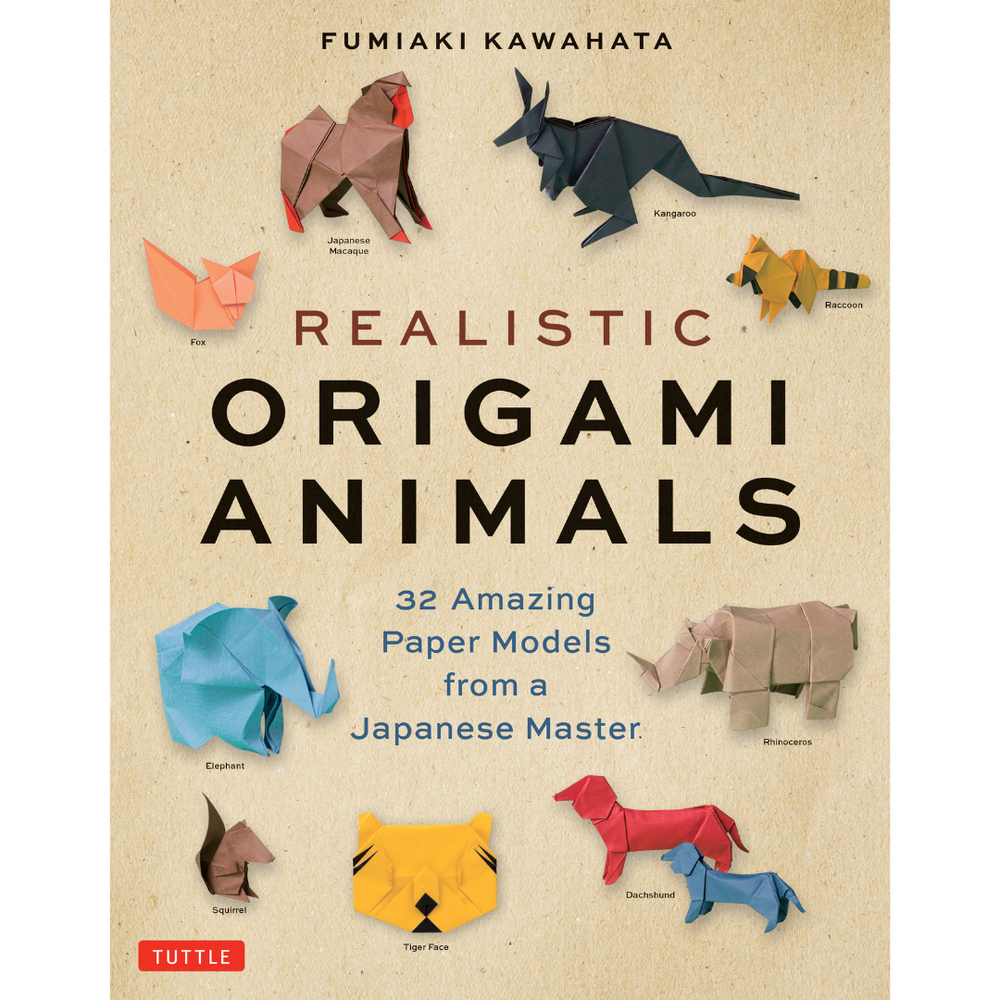 Realistic Origami Animals shows you how to create 32 exquisite paper animals designed by renowned origami master, Fumiaki Kawahata. This diverse collection features many unusual models that will bring your origami skills to the next level and help you to explore the endless possibilities of paper folding.

This full-color book has detailed, step-by-step instructions showing you exactly how to fold each of the 32 impressive animals, including:
Kawahata's clever projects draw their realism from unique and innovative folding patterns--no wet folding required!


About the Author:
Fumiaki Kawahata is a prolific origami designer and author specializing in naturalistic models, from insects to dinosaurs, and everything in-between. His work has been exhibited throughout the world and he has a huge following worldwide. He was the special guest at the 2012 XV AEP Origami Convention in Spain, and his work was featured in the Peabody Award-winning film, Between the Folds. His models are often reproduced by avid folders to demonstrate their technical prowess. Kawahata is a member of the Japan Origami Society and is the author of several origami books in Japanese. This is his first book in English.