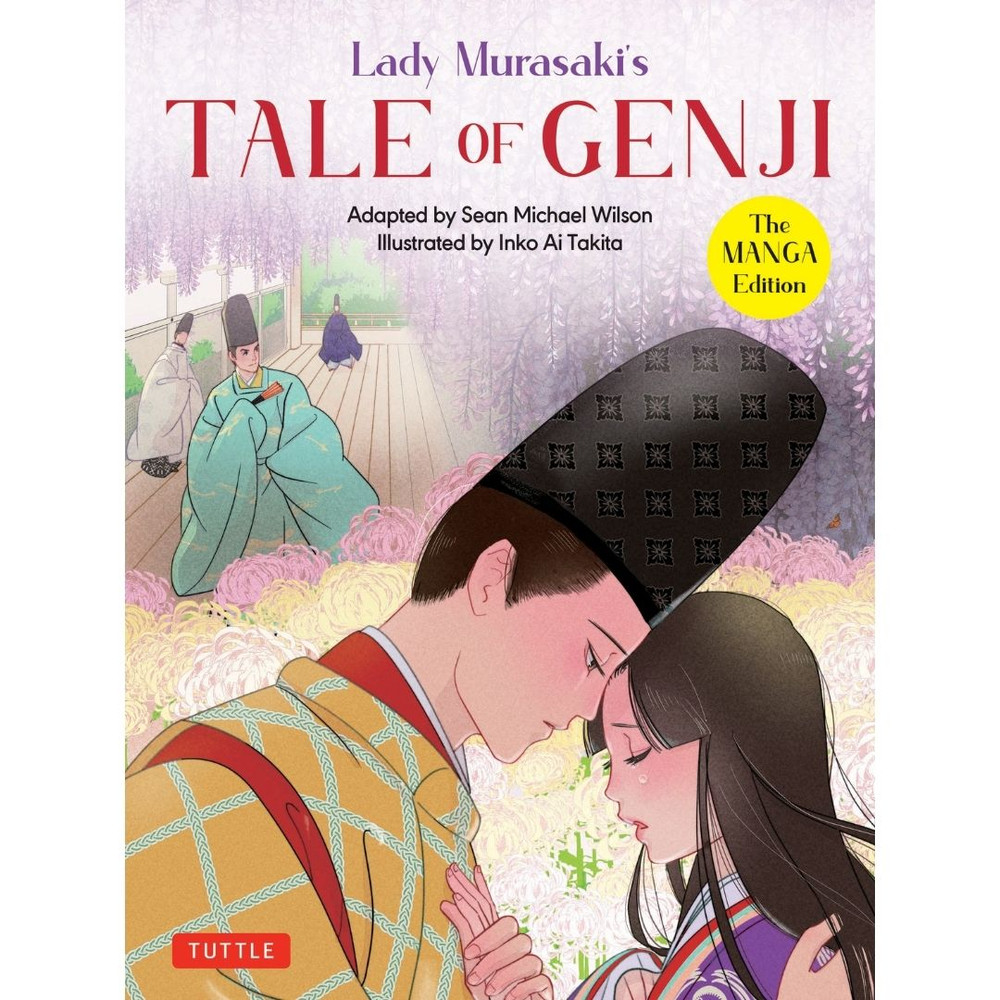 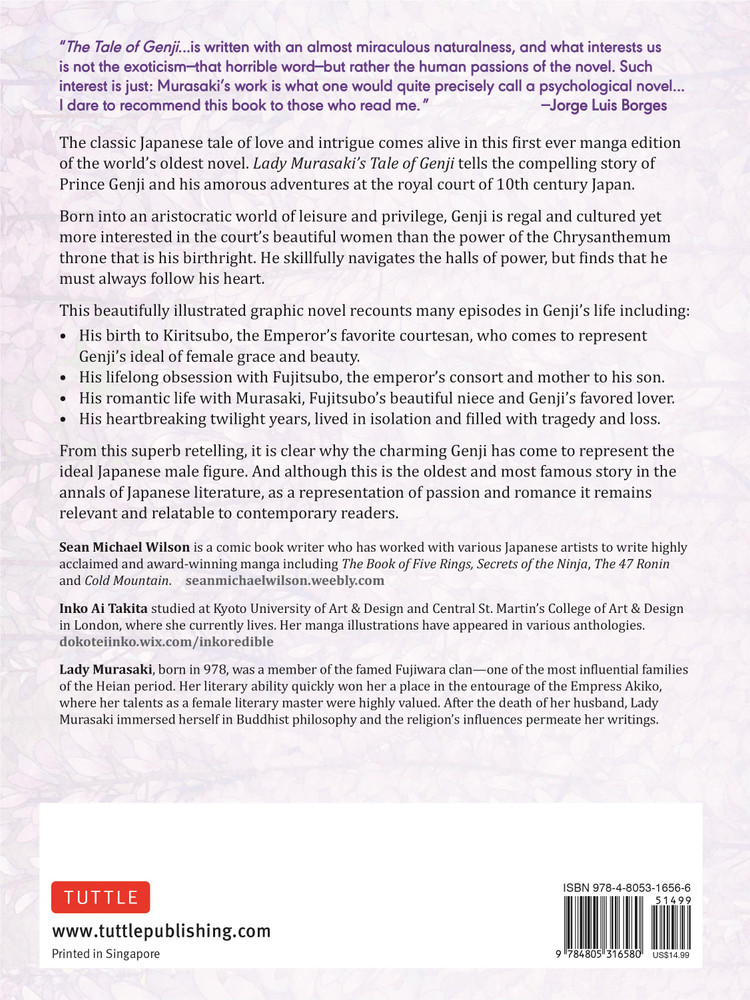 Step into a story of life and love in Kyoto's 10th century royal court.

Tale of Genji tells the story of Prince Genji, the passionate heir to the Chrysanthemum Throne. Handsome, romantic, and talented in the art of seduction, Prince Genji skillfully navigates the court and all its intrigues--always in search of love and often finding it. His story is the oldest and most famous tale of romance in the annals of Japanese literature and, as a representation of passion and romance, remains beyond compare.

In this beautifully illustrated edition, Genji's story comes alive as readers experience:Lady Murasaki Shikibu wrote this story some 500 years before Shakespeare put pen to paper. It is acknowledged to be the world's very first novel, and English-speaking readers can now experience the story in manga style for the first time.

Superbly illustrated and retold, this visual take on Japan's most important classic offers an intimate look at the social mores and intrigues in the Heian-era court of medieval Japan, and Prince Genji's representation as the ideal male courtier.


About the Author:
Sean Michael Wilson is an award-winning writer from Scotland, who currently lives in Japan. He is the author of over 30 books, the editor of the critically acclaimed collection AX:alternative manga (Publishers Weekly's "Best ten books of 2010" and nominated for a Harvey award). As an author, he has published many manga version of Japanese classics including The Book of Five Rings, Secrets of the Ninja, The 47 Ronin and Cold Mountain (winner of the China Comic and Animation Competition 2015 "Best Overseas Comic" award). In 2016, his book The Faceless Ghost was nominated for a prestigious Eisner Book Award and received a medal at the Independent Publisher Book Awards. Another of his books, Secrets of the Ninja, won a 2017 International Manga Award given by the Japanese government. In February 2021, Wilson was awarded the Scottish Samurai Award from the Order of the Scottish Samurai--a group that celebrates connections between Scotland and Japan--for his contributions as an author. He is the author of Manga Yokai Stories.

Inko Ai Takita was born in Kyoto, Japan. She grew up with manga comics, both reading and drawing them. After graduating from Kyoto Zokei University of Art & Design, she moved to England and studied at Central St. Martin's College of Art & Design. She now lives in the UK where she delivers manga workshops in schools, galleries, museums, and libraries. She has worked as a culture and language ambassador for London University School of Oriental and African Studies. She is the award-winning illustrator of several books, including Manga Yokai Stories, Portrait of Violence, and Tam O'Shanter.

Lady Murasaki Shikibu, born in 978, was a member of the famed Fujiwara clan--one of the most influential families of the Heian period. Her literary ability quickly won her a place in the entourage of the Empress Akiko, where her talents as a female literary master were highly valued. After the death of her husband, Lady Murasaki immersed herself in Buddhist philosophy and the religion's influences permeate her writings.