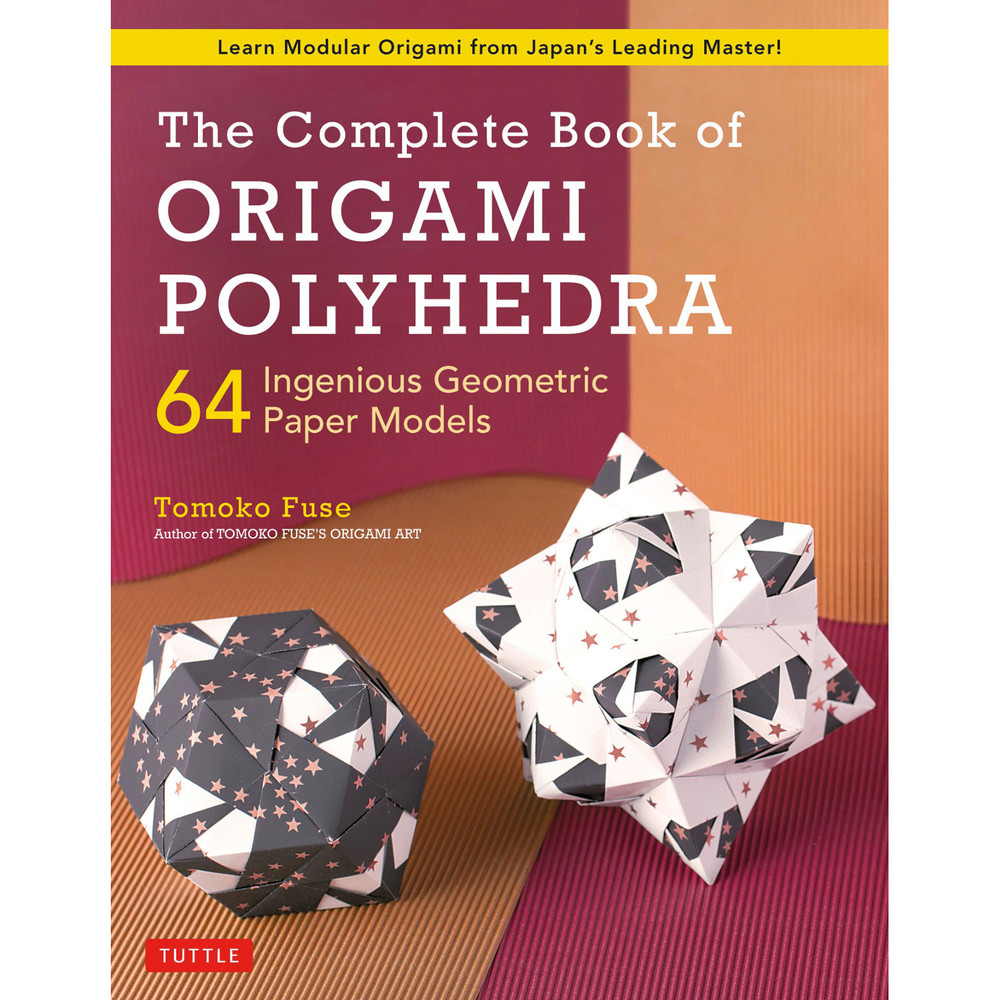 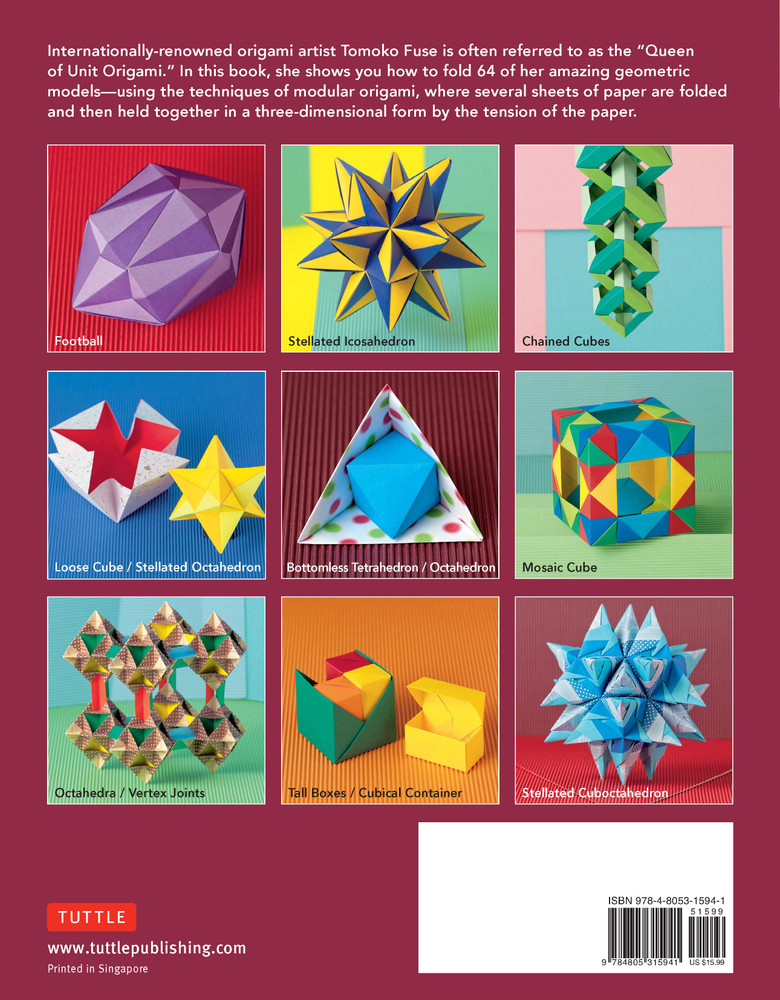 The Complete Book of Origami Polyhedra

Learn to fold incredible geometric origami models from "The Queen of Modular Origami!"

In this book, Tomoko Fuse—Japan's most famous living origami artist—shows you how to create amazing polyhedral models using the techniques of modular origami (where many paper sheets are folded then locked together without glue or tape).

Make 64 intriguing modular models, including:
*Recommended for experienced folders and up*


About the Author:
Tomoko Fuse is one of the world's leading origami artists, teachers and authors. She specializes in paper boxes and other geometric, three-dimensional designs. She discovered the art of paper folding at the age of seven and has since become known as the "Queen of Unit Origami." Her work has been exhibited around the world, including Paris Origami (Carrousel du Louvre, 1998), On Paper (Crafts Council London, 2002) and her solo show Yorokobi (Bauhaus Dessau, 2004). She has written over 65 books and in addition to teaching, folding and writing, she collaborated with designer Denis Guidone at Milan Design Week 2018 and was a featured artist in the Nova episode titled "The Origami Revolution" (February, 2017). Read about her work in Tomoko Fuse's Origami Art: Works by a Modern Master (Tuttle Publishing, 2020).

The Ultimate Book of Origami Animals