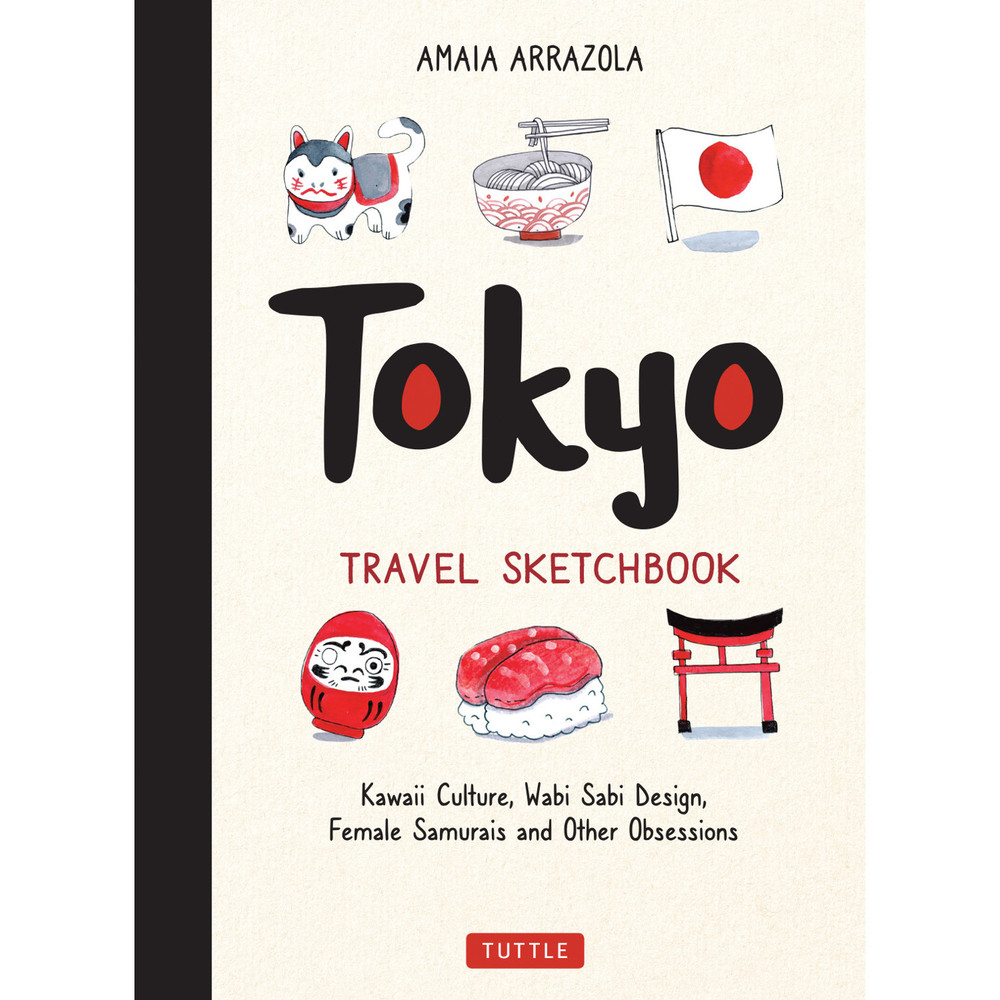 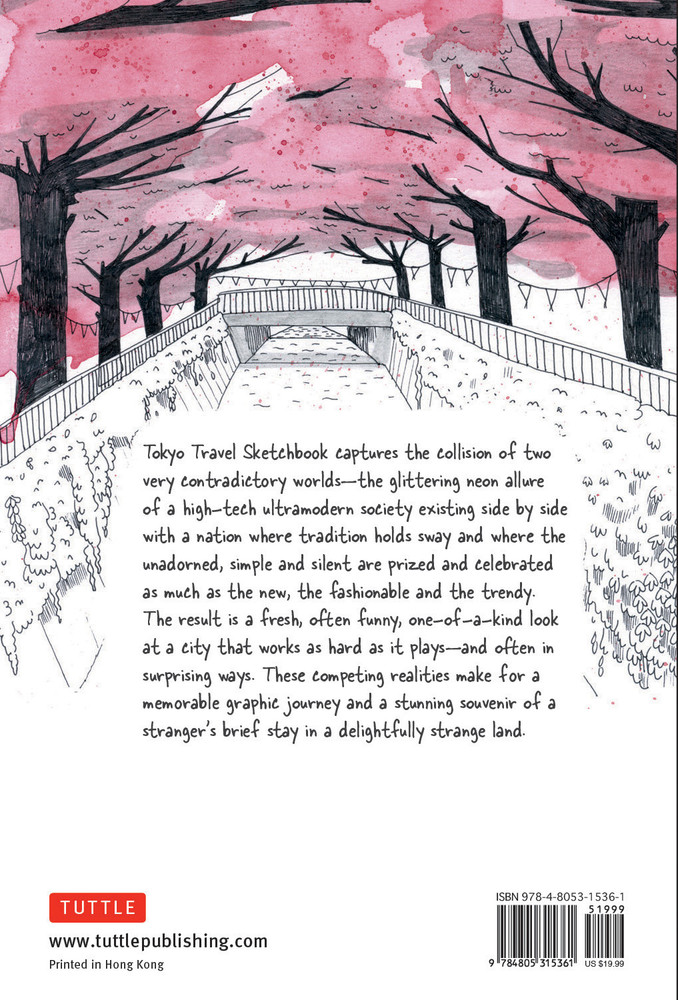 Tokyo Travel Sketchbook traces the journey of illustrator and graphic designer Amaia Arrazola on a four-week trip through the beating heart of Tokyo.

When Arrazola accepts a month long artist's residency in the Japanese capital, she has little idea of what to expect but gamely packs her paints and pencils and seizes the opportunity to create an illustrated diary of her time there, filling the pages of her sketchbooks with curious images of life in the world's largest city.

This book provides readers with a unique vision of Japan's capital, as seen through the eyes of an artist. Arrazola immerses herself in the cult of Hello Kitty and the pop-eyed charms of "Kawaii" cute culture, while conveying the collision of traditional and modern Japanese culture in the female Samurais she meets and draws.

The city's cultural curiosities come alive in a metropolis that is ever on the go, as she browses sex shops, drinks pink coffee, eats spaghetti sandwiches and photographs subway sleepers. Throughout her explorations, Arrazola uses the concept of wabi sabi as a guiding principle--coming to see her own life and artworks as examples of "flawed beauty" and imperfectly perfect Zen design.

The result is a fresh, often funny, one-of-a-kind look at a city that works hard and plays hard--in many surprising ways. At the heart of Tokyo Travel Sketchbook are two contradictory Japans--the glittering neon world of a high-tech ultramodern society existing side-by-side with a nation where ancient tradition holds sway and where the unadorned, the simple and the silent are prized and celebrated as much as the new, the fashionable and the trendy. These competing realities make for a memorable visual journey and a stunning souvenir of a stranger's brief stay in a strange land.

From smoking laws to high-tech toilets, Arrazola finds beauty in the weirdness and imperfection of this modern metropolis.

*Recommended for readers ages 14 & up*


About the Author:
Amaia Arrazola is a Spanish artist who works in a variety of mediums and formats. She began her career in Madrid as an illustrator and art director, eventually leaving office life to become a freelance illustrator in Barcelona. Her wide-ranging artistic endeavors include silkscreening, ceramics, murals, fabric art, sculpture, typography and graphic design. This is her first book, produced during a month long work residency in Tokyo. You can see more of her work at www.amaiaarrazola.com

Kymm Coveney was born in Boston, earned a BA in Modern English and Spanish Literature (Wheaton College, Massachusetts) in 1981, and has lived in Spain since the 1982 World Cup. Co-host of Barcelona's multilingual poetry recital series, PoemameBCN, she is a freelance writer and translator, as well as habitual translation slam moderator for MET (Mediterranean Editors and Translators). Flash fiction, poems and translations can be found online through betterlies.blogspot.com. She tweets mostly other people's poems @KymmInBarcelona.