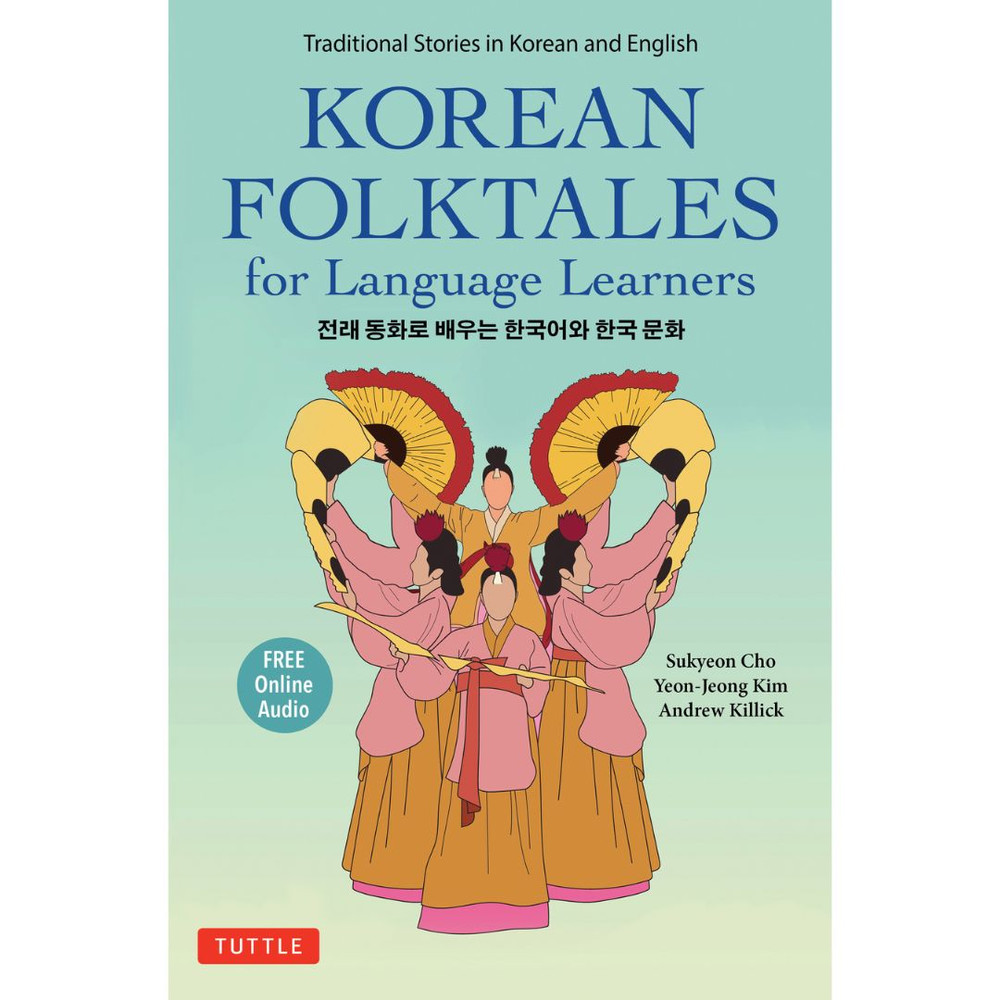 Learn about Korean culture while improving your language skills!

Korean Folktales for Language Learners presents 36 traditional folktales in parallel Korean and English versions on facing pages, with detailed notes and exercises aimed at beginning to intermediate language learners. Free online recordings of all the Korean stories are available to help students improve their pronunciation and comprehension skills.

The stories--which gradually increase in complexity as the book progresses--include:
This elegantly illustrated volume is designed to help language learners expand their Korean vocabulary and grammar. The Korean vocabulary lists, exercises and audio recordings are designed as practice for first- and second-year Korean students. This entertaining anthology in English is complemented by cultural notes and discussion questions that further reinforce understanding Korean culture.


About the Author:
Sukyeon Cho is the director of the Korean language program at the University of Sheffield in the UK. She has received numerous awards for her contributions to Korean language teaching, including the prestigious South Korean President's Award.

Andrew Killick is a reader in ethnomusicology at the University of Sheffield and has published two books and numerous articles on Korean music. He spent six years in Korea teaching English and researching music.