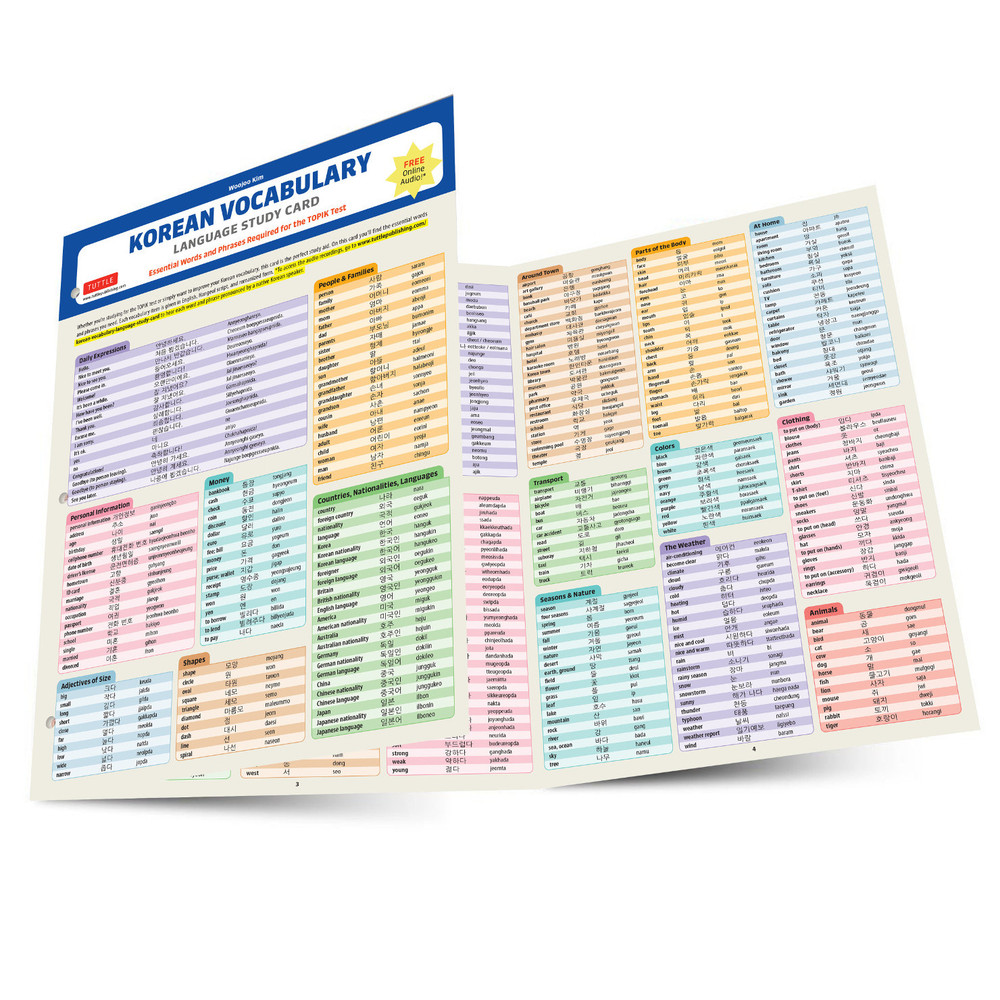 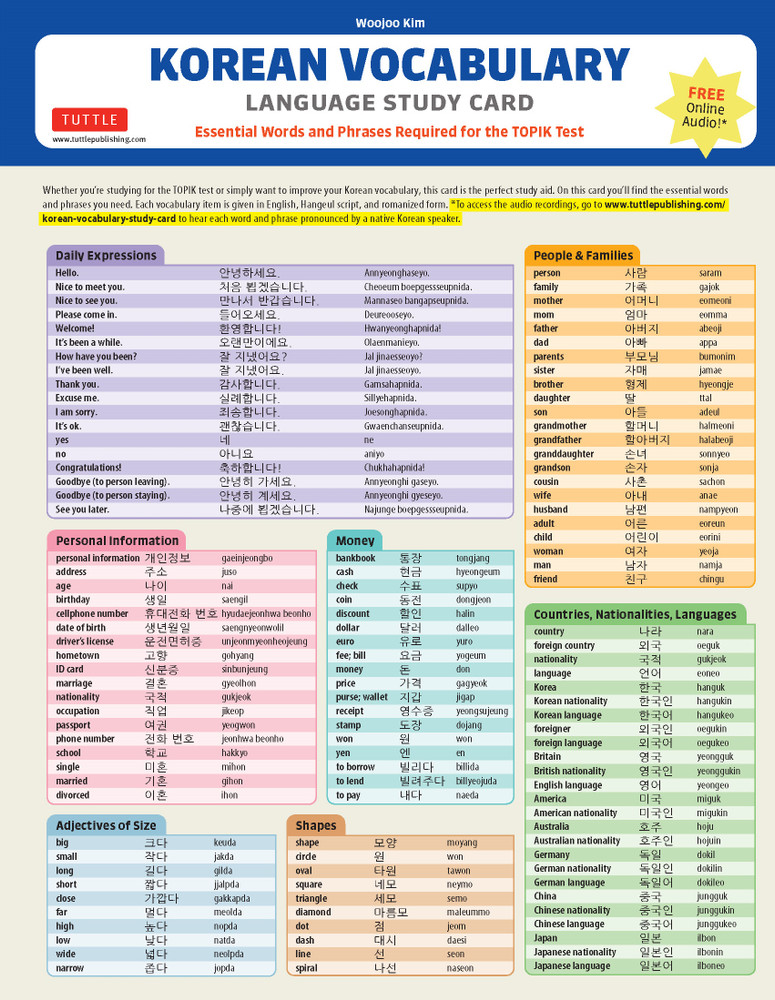 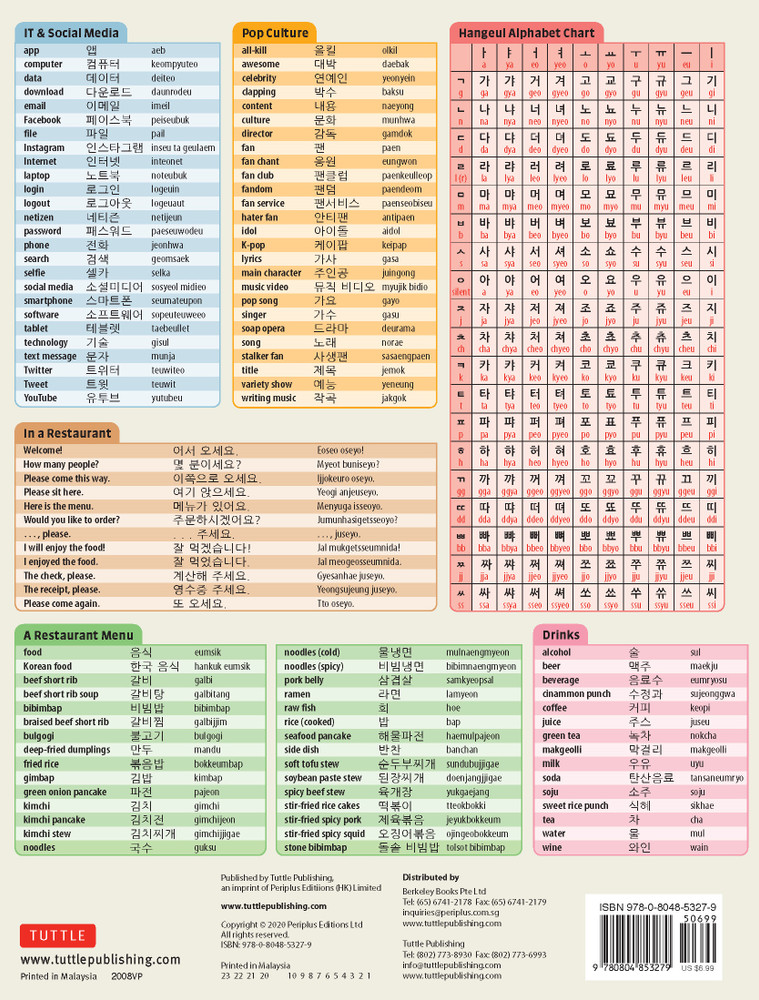 This language card is an essential resource for those studying for the TOPIK test, and invaluable for anyone who wants to quickly build their command of Korean vocabulary.

Designed for convenience, this study card is:
Each English vocabulary word is given in Hangul and romanized script, presented in easy-to-read color-coded charts. Online audio recordings give native-speaker pronunciation for every word.

Vocabulary items are laid out in clearly defined sections, including: