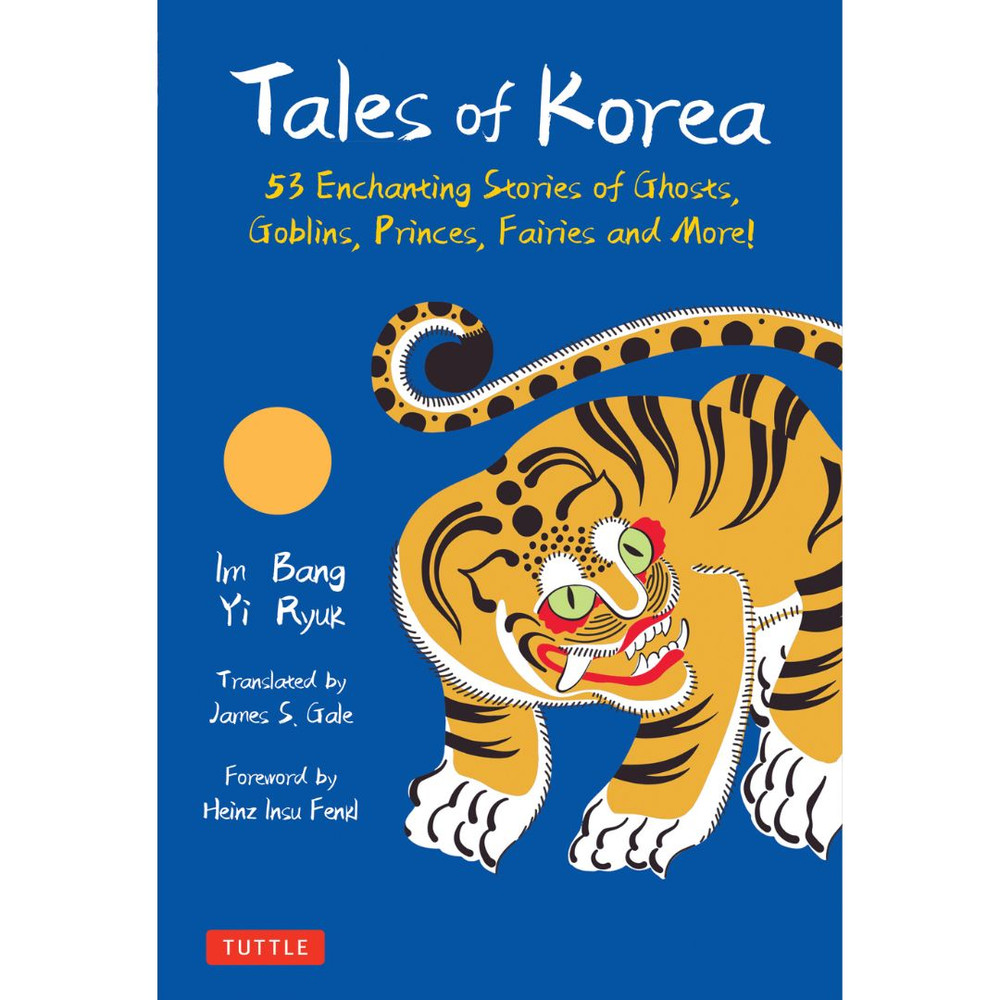 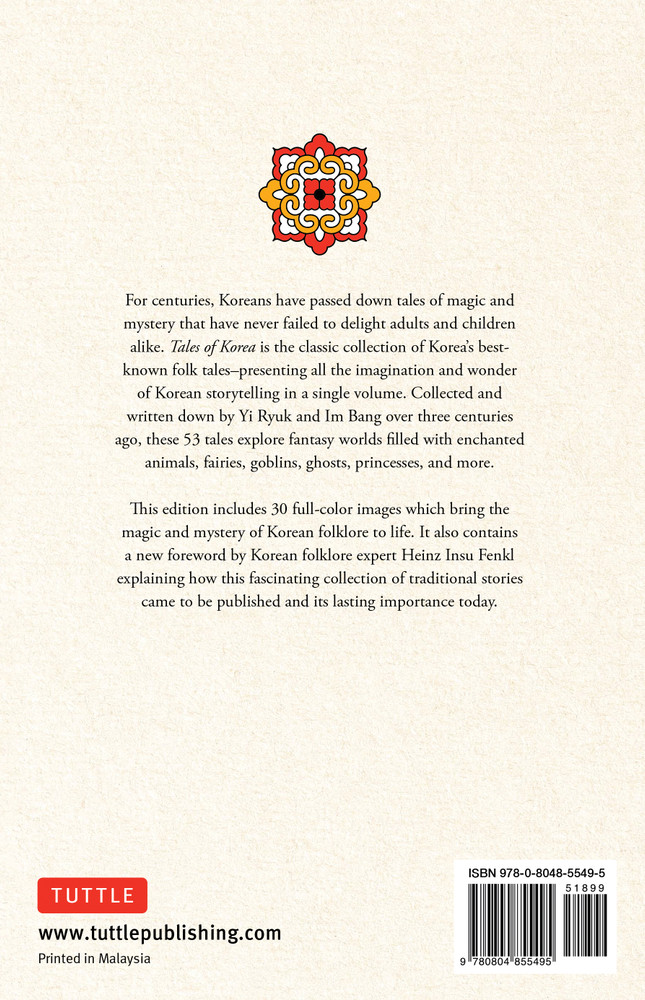 A must-have collection of folktales for anyone interested in Korean literature and culture!

Tales of Korea is a classic collection of Korea's best-known folktales--presenting all the imagination and wonder of Korean storytelling in a single volume. Collected and written down by Yi Ryuk and Im Bang over three centuries ago, these 53 tales explore fantasy worlds filled with enchanted animals, fairies, goblins, ghosts, princesses and more!

The stories collected in this volume include:
This new edition includes thirty full-color minhwa paintings (Korean folkart) to bring the magic and mystery of this collection of Korean folklore to life. A new foreword by Korean folklore expert Heinz Insu Fenkl explains the lasting importance of this fascinating collection of traditional stories. Tales of Korea is perfect for mythology fans and bedtime story lovers of all ages.


About the Author:
Im Bang, born in 1640, was a disciple of Song Si-yol, one of Korea's foremost writers. In 1719, at the remarkable age of seventy-nine, he became governor of Seoul and simultaneously held office as secretary of the cabinet. His writings have long been revered in Korea, and his reputation as a great scholar has endured for centuries.

Yi Ryuk, who lived during the reign of King Sejo in the mid-15th century, was no less a scholar than Im Bang. The Kuk-cho Inmul-chi (Korea's Record of Famous Men) speaks of him as "a man of many offices and many distinctions in the way of literary excellence."

James S. Gale (1863-1937) was a Presbyterian minister who arrived in Korea in 1888 to teach English and help translate the Bible into Korean. He founded two middle schools in Seoul, and was a professor at Pyongyang Theological Seminary. His books include History of the Korean People and a translation of The Cloud Dream of the Nine, the first work of Korean literature to be translated into English.

Heinz Insu Fenkl is an author, translator, educator, and folklorist. He also translated Korea's most prized literary masterpiece, The Nine Cloud Dream named one of the year's most anticipated books by The New York Times. He is Professor of English at SUNY New Paltz and sits on the editorial board for the journal. Azalea: Journal of Korean Literature and Culture. He wrote the novel Memories of My Ghost Brother and Korean Folktales and edited Kori: The Beacon Anthology of Korean American Literature.