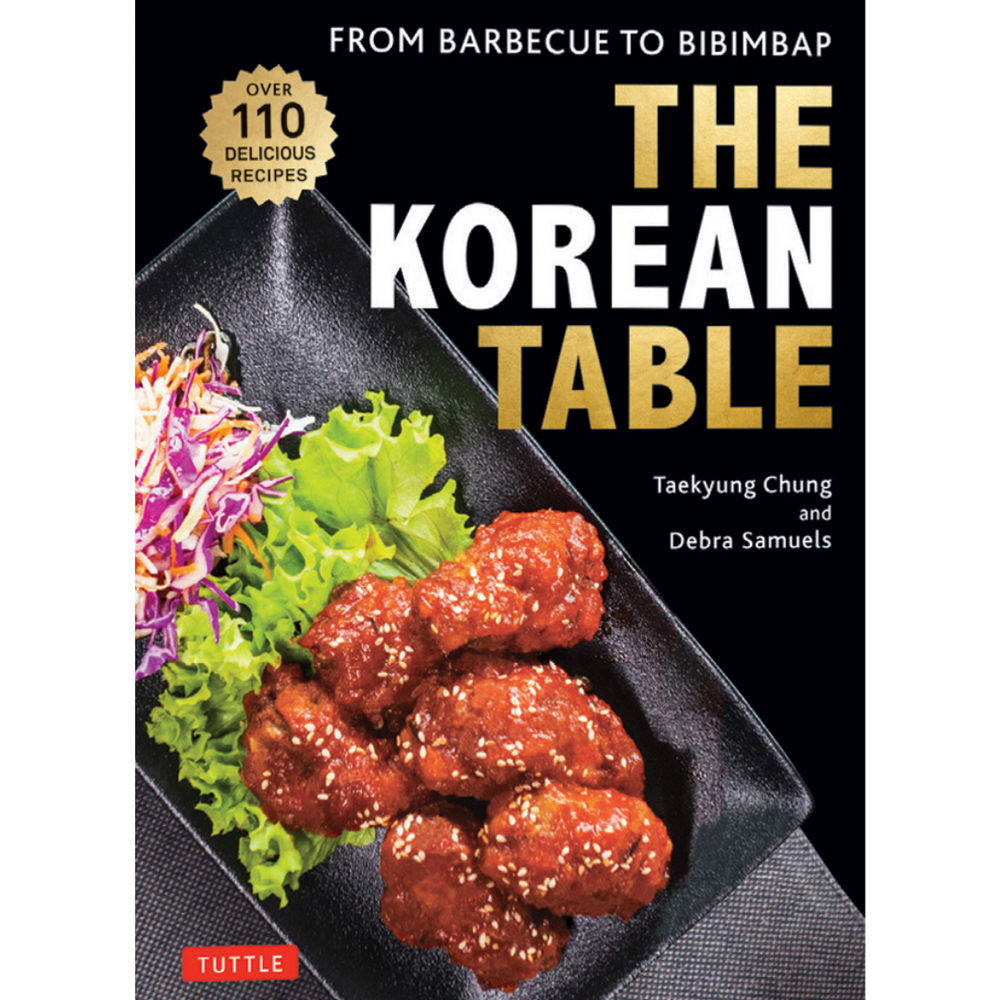 Discover new flavors with this foolproof introduction to Korean cuisine!

The step-by-step 110 delicious recipes in this book include:
Along with showing you how to create a complete Korean meal from start to finish--including Seafood and Scallion Pancakes, Korean Mandu Dumplings, Kalbi Barbecued Beef Ribs, Korean Fried Chicken and Kimchi Fried Rice--this book also shows you how to easily add Korean touches to your everyday meals via condiments, side dishes, salad dressings, and marinades. With this comprehensive book as your guide, your table can be the setting for a Korean feast!


About the Author:
Taekyung Chung runs her own cooking studio in the heart of Tokyo and has been teaching Korean cooking to foreigners for over 25 years. She is well known for her innovative and healthy approach to Korean cooking. She appears regularly as a Korean food expert on a public television series called "Today's Cooking" and is a contributor to Japanese newspapers and magazines. Chung is also a restaurant and recipe consultant for Korean restaurants in Tokyo's famous Ginza district as well as in Yokohama and Hiroshima.

Debra Samuels has written about food for over three decades. After owning and operating a successful catering firm in the 1980s called "Eats Meets West"she developed the popular "Kids Are Cooking" series on food, culture, and nutrition for Boston's Children's Museum. Samuels worked for many years as a food writer and food stylist for The Boston Globe. She has written extensively about Italian, Indian, Korean, and Japanese cuisines. In 2020, she was awarded the John Thayer Award from the Japan Society in Boston, which recognizes outstanding contributions to understanding and friendship between the U.S. and Japan.