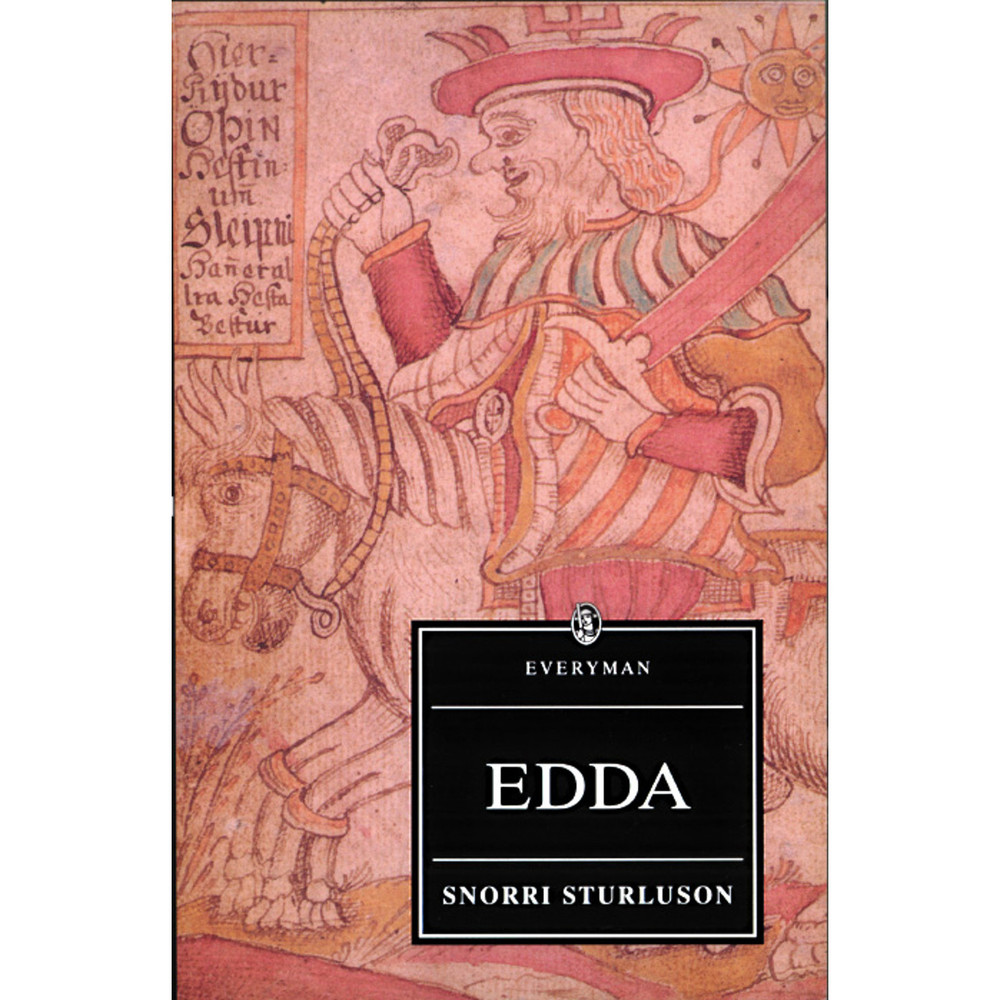 "But the king's heart swells, bulging with courage in battle, where heroes sink down…"

Over a period of twenty years Snorri Sturluson, scholar, courtier and poet, compiled the prose Edda as a textbook for young poets who wished to praise kings. His work surveys the content, style and metres of traditional Viking poetry and includes a lengthy poem of Snorrie's own, honoring the king of Norway. Ironically, Snorri was killed in his cellar in Iceland in 1241 on the instigation of the king of Norway, as a result of political intrigue.

The Edda contains the most extensive account of Norse myths and legends that have survived from the Middle Ages as well as the famous stories of Odin winning back the mead of poetic inspiration and Thor fishing for the Midgard serpent.