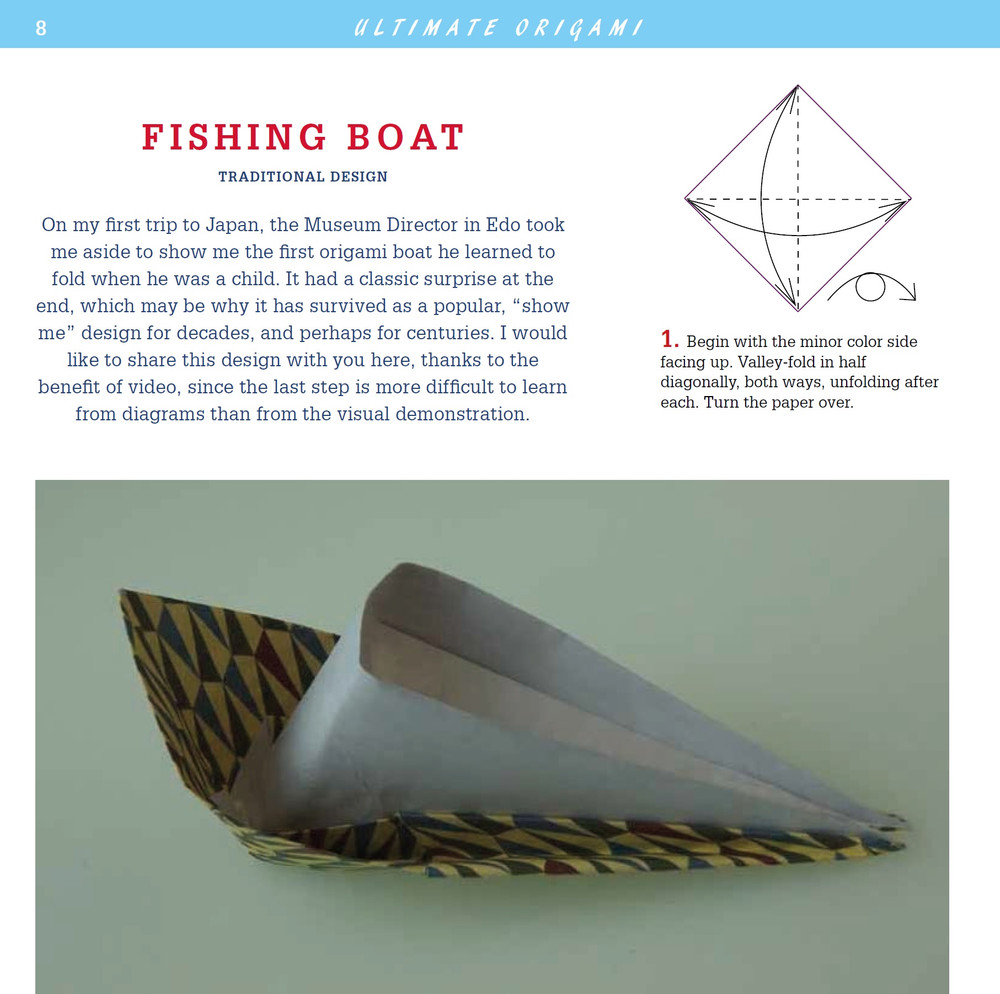 Ultimate Origami for Beginners Kit is the perfect paper craft kit for origami beginners and children. World-renowned origami designers and artists Michael G. LaFosse and Richard L. Alexander have selected paper folding projects from several popular origami categories that include: traditional origami, modern origami, origami flowers, paper airplanes, cute, cuddly animals and much more! Use Ultimate Origami for Beginners to craft eye-catching origami for your friends, to beautify your home—or as an excellent gift for paper craft lovers. All of the folds are simple enough to be origami-for-kids projects and are a great way to learn origami. None of the projects require paint or glue so just unpack the origami paper and start folding right away!

This origami kit contains:It seems that everywhere we look, people are folding paper origami. While previous generations may have made greeting cards with cranes folded from pretty scraps of paper, the art of origami has advanced to such a degree that we are now seeing it around the world. They grace retail store windows, as clever dollar bill folds displayed in restaurants and even on TV! This delightful array of projects and papers provided in Ultimate Origami for Beginners Kit are sure to get your feet wet and your fingers folding!


About the Author:
Origami master Michael G. LaFosse is a co-founder of the Origamido Studio, a learning center and design studio dedicated to the art of origami, and the only place in the world specializing in hand papermaking for the origami artist. LaFosse was prominently featured in the recent Peabody Award-winning documentary, Between the Folds.

Richard L. Alexander co-founded the Origamido Studio, where he is the chief papermaker. Together, Alexander and LaFosse have created dozens of origami exhibitions, and more than seventy books, kits, and videos about paper and paper arts.